The Rise of the American Timepiece

Decades (and decades) ago, American watchmakers were the equal of any in the world.

Yes, including the Swiss.

With railroads needing to run on time to avoid those nasty head-on collisions, the ability to accurately tell the time was a matter of life and death. More importantly, it was a matter of good commerce, to say nothing of keeping insurance premiums in check.

And so two things were needed. A novel concept called time zones was one (before time zones were implemented, each town across the land typically kept its own time, which may or may not have resembled the time in the next town over).

The second was accurate watches. They were called “railroad grade” and the United States watchmaking industry (think Hamilton, Waltham, Elgin, Hampden, and the like) excelled at making them.

But time went on, the world turned and American Industry began to apply its skill to making other things. And then the quartz revolution hit in the late 1970s and 1980s, and that was that.

Some brands just folded their tents while others, like Bulova and Hamilton, were sold off to foreign interests and American watches were toast.

In the 1990s, mechanical watches began to make a comeback, thanks to enterprising individuals and brands. This second mechanical watch revolution took place for the most part in Switzerland and Germany. But it didn’t take long for the trend to bleed across the Pond to the United States. 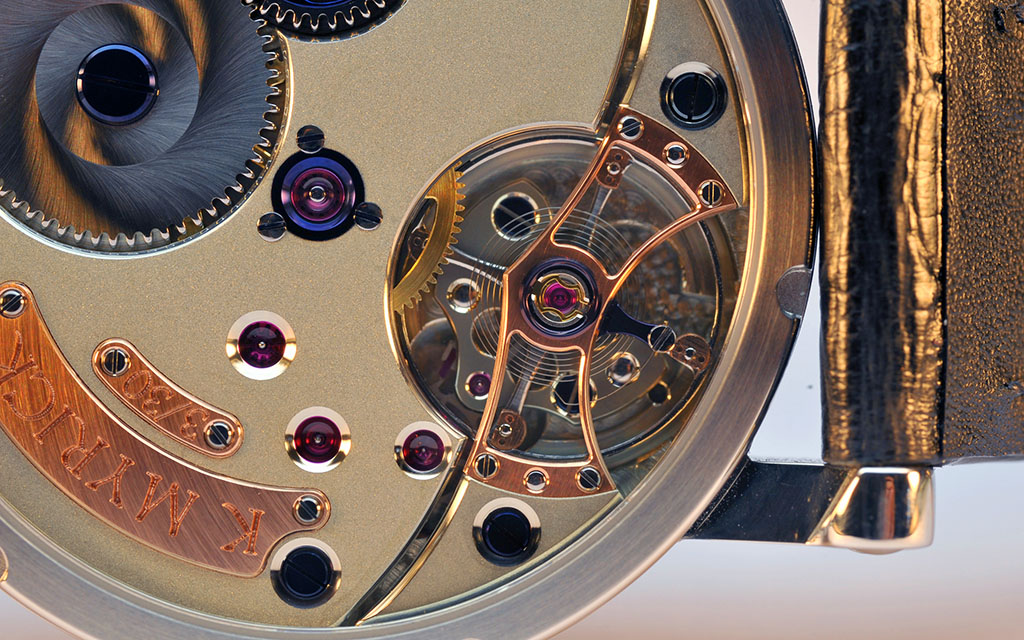 American efforts in the early 2000s were few and far between, and were mostly US-based equivalents to Swiss premium brands. RGM, Kobold and Keyton Myrick are notable at this end of the spectrum.

But the advent of the Internet, and access to inexpensive Asian manufacturing (both Japan and China) meant starting a brand was feasible for anyone with some cash and a burning desire to be the next Rolex or Omega.

And with the advent of crowdfunding, you didn’t even need the cash. A quick search of the keyword “watch” on Kickstarter turns up more than 1,800 startups trying to gain a toehold in the watch industry. Admittedly, not all these Kickstartups are on US soil (some don’t even have anything to do with wristwatches). But the results show the ambition that exists out there to create the next great American watch brand.

All of which belies the fact that precision and quality on par with a Swiss luxury watch take much more than cash American. Just ask Roland Murphy of RGM. And it’s interesting to note that several British brands — Robert Loomis, Chris Ward and Bremont prominent among them — are trying to do this in Great Britain too. It’s no easy task.

Still, new brands like Shinola and Detroit Watch Company in Detroit, Weiss Watch Company in Los Angeles, Martenero in New York City, Anstead in Naples, Florida, and Padron in Minneapolis are taking a shot at it. Most are sourcing parts offshore and assembling them here in the U.S. Others, like Xetum, which markets a California-designed Swiss automatic watch, are taking a different tack. The watches are conceived stateside but made overseas before coming home like ticking prodigal sons.

These are the brands eager to corner the American timekeeping market with a focus on classic American design. They’re taking a different path than their fathers and grandfathers — guys who chose to display their worldly nature by slapping a Swiss ticker on the wrist.

That was then, this is now. Today’s guys just want a watch that looks good with a shirt and jeans. And American watches do that.

Nota bene: We want to know more about your preferences when it comes to watch coverage. So do us a solid and take this brief survey on watches. Takes about two minutes, and you’ll be automatically entered to win an iPad Air upon completion.

The 12 Best Beers for Thanksgiving, According to Professional Brewers
Expert NFL Picks for Week 12, Including Both Thanksgiving Games
Sponsored: Looking for a Gift That’ll Last a Lifetime? Try Filson.
The 12 Black Friday Deals We Think You’ll Be Most Excited About
The Perfect Thanksgiving Weekend Workout Plan, If You Must
Master & Dynamic Just Kicked Off Its Black Friday Sale

The 20 Best American Hotels to Visit for the Holidays in 2020
All the Grammy Nominees for Best Rock Performance Are Women
Arizona’s “Secret Season” Starts … Now
Week 11’s Top Storylines: Undefeated Steelers, Winless Jets and the Rebirth of the Cowboys