This Is Triumph’s Most Powerful Motorcycle. Only 225 Are Coming to America. 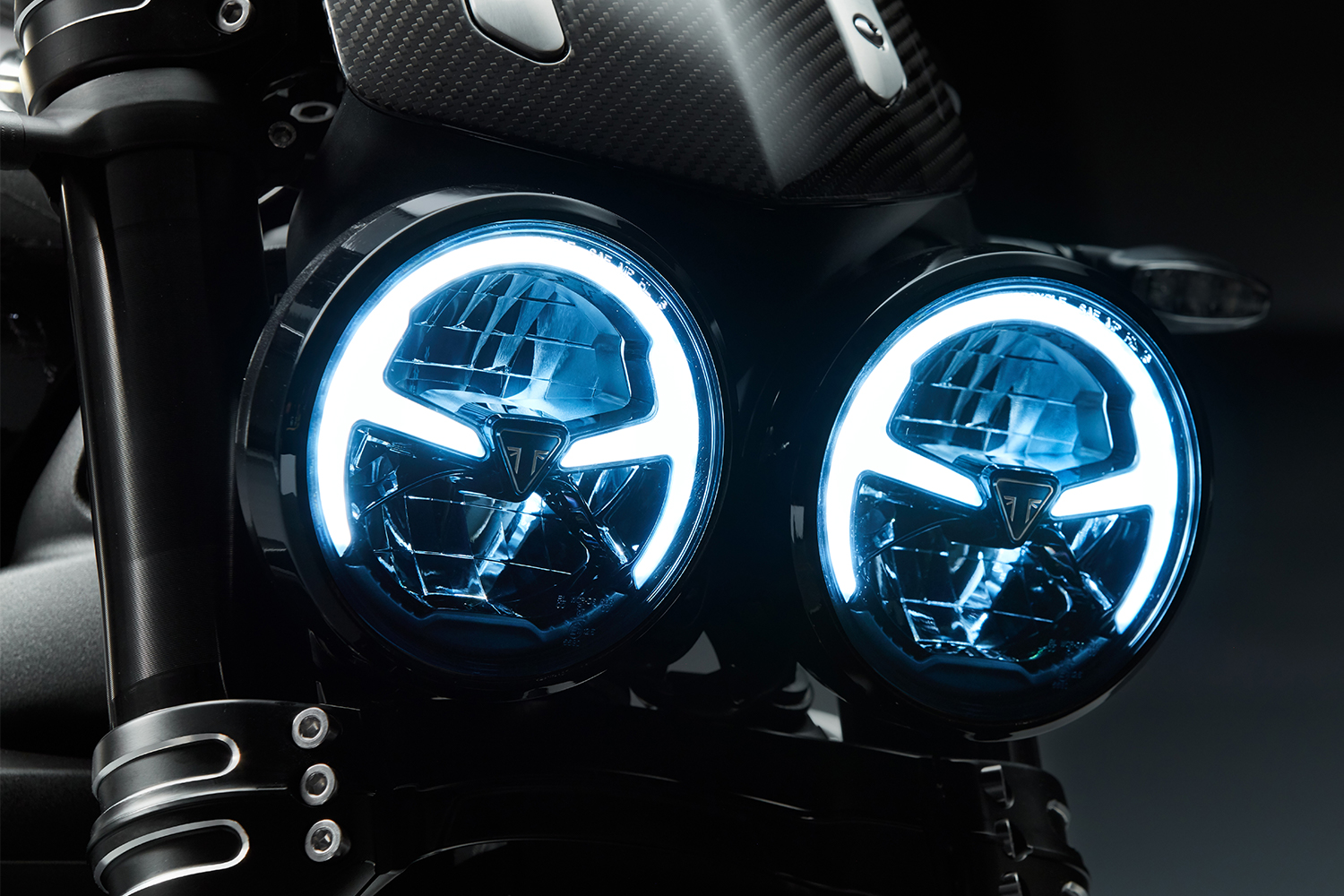 Once upon a time, the lads at Triumph got the crazy idea to build a bike with the world’s biggest production motorcycle engine. The product of that probably fume-fueled concept was the Rocket III. (A monster that’s still very much available for purchase 15 years on.)

Maybe it was electric companies like Zero coming on the scene that sparked the flame. Or maybe Harley’s troubles are giving them an ego boost. Either way, Triumph is back up to their team Rocket antics, announcing the company’s most powerful motorcycle to date: the limited-edition Rocket 3 TFC.

First things first, let’s talk about what that name means. They’ve changed the Roman numeral “III” to the Arabic “3” (sign of the times?), and this is part of the new Triumph Factory Custom concept program, launched in January, which churns out “ultra-premium custom motorcycles.” As for the Rocket name — yes, the engine lives up to the hype.

It’s a brand new 2,458cc inline three, water-cooled, DOHC engine. It puts out just under 168 horsepower (more than a Prius, which is, as you’re aware, a car) and just over 163 lb.-ft. torque (ostensibly “the world’s highest torque for a production motorbike”).

All those numbers not mean much to you? Then listen to Jalopnik, who calls it “an irresponsible motorcycle to own.” If it’s possible to be more blunt, Popular Mechanics concludes “nobody really needs that.”

Thankfully for those ninnies, almost no one will own a Rocket 3 TFC. Only 750 will be made (remember, this is a TFC edition) and only 225 of those will be available to U.S. buyers. So go ahead and head over to Triumph to learn more if you’re ready to drop $29K on one. Deliveries are set for December — and because this is America, it’s never too early to think about wrapping it up with a bow for Christmas.

If you don’t have that kind of cash, fear not. The Rocket 3 will most likely receive a non-TFC edition in the near future.