Singapore’s Alleged 1,800-HP E-Car Will Head to Production After All

We'll admit it, we had our doubts

Vanda Electrics knows how to keep a promise.

The Singapore-based automakers just announced that Dendrobium — their hypercar concept that turned more than a few heads at the Geneva Motor Show 18 months ago — is headed to production.

Initial claims of 1,800-HP and a 200-MPH+ top speed still seem lofty for a car this heavy (though not as absurd as that silly car Drake just bought), but Vanda’s set up a new company in the UK, Dendrobium Automotive Limited, and seems intent on making the D-1 a reality.

If you’re going to throw your hat in the ring of supercar greats like Ferrari and Lambo, you best come with shining spurs on.

It seems like the Dendrobium from Vanda Electrics out of Singapore has done just that, and from the looks of it, the Singaporean sports car just might have a chance.

Taking its name from an orchird, the all-electric Dendrobium features doors and a roof that open in a synchronized movement. When fully open, from the right angle, the car does truly look like a flower.

“This electric hypercar may just be a concept for now, but we have every intention of putting it into production,” Vanda CEO Larissa Tan said at the reveal. “It sits at the top of our range and the production version will be a fitting showcase for the best in design and e-technology.”

Vanda says that even despite interest at the Geneva Motor Show, this project is going to get made.

“Dendrobium is the culmination of a dream. Our design team has had sketches of an electric hypercar on the drawing board since the mid-90s, but that vision was many years ahead of its time,” Tan said. “As electric technology has advanced, we have been able to revisit this vision and now, as we launch our revolutionary global e-mobility strategy, the timing is finally right for us to take the wraps off a halo model.” 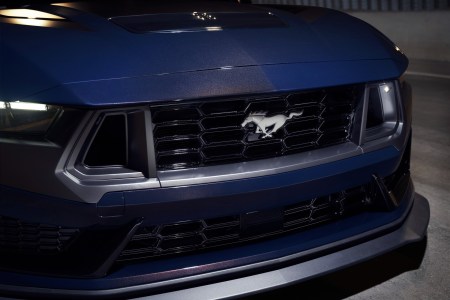