The Quadrofoil Is Environmentally Safe, Yet Still Has Speed

If you like spending time on the water and care about preserving it, you’re going to love the Quadrofoil. A fully electric, personal hydrofoil, the Quadrofoil’s most immediate advantages over the average boat are its silent motor and lack of emissions. In fact, because it’s so quiet and doesn’t release any oil into the water, it can be used on lakes, rivers, and other eco-zones that don’t allow traditional seacraft. 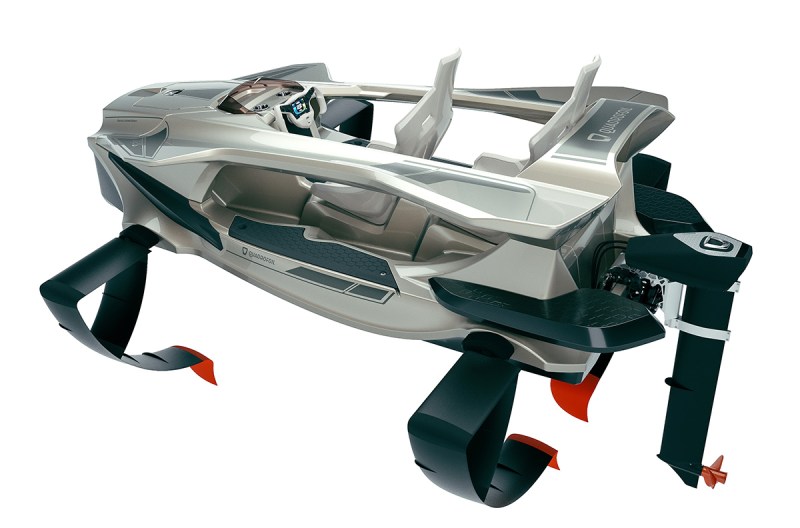 In addition to not damaging the environment, the Quadrofoil’s design actually incorporates environmental forces to bolster its speed and power. Quadrofoil’s team of engineers and nautical enthusiasts built it with C-foil technology so it uses buoyancy force to lift it while minimizing water resistance. The hull is made from composite materials, making it lightweight and unsinkable. Indeed, thanks to the hull design, the Quadrofoil can hit speeds up to 20 knots.

The real pearl of the Quadrofoil, though, is the steering system. Fully integrated, the steering mechanism stabilizes the craft and responds to the water to prevent drifting. The steering wheel boasts a touch screen display with indicators for battery power, range, speed, and consumption. The wheel even functions as a detachable key—without it, the motor can’t be accidentally started. 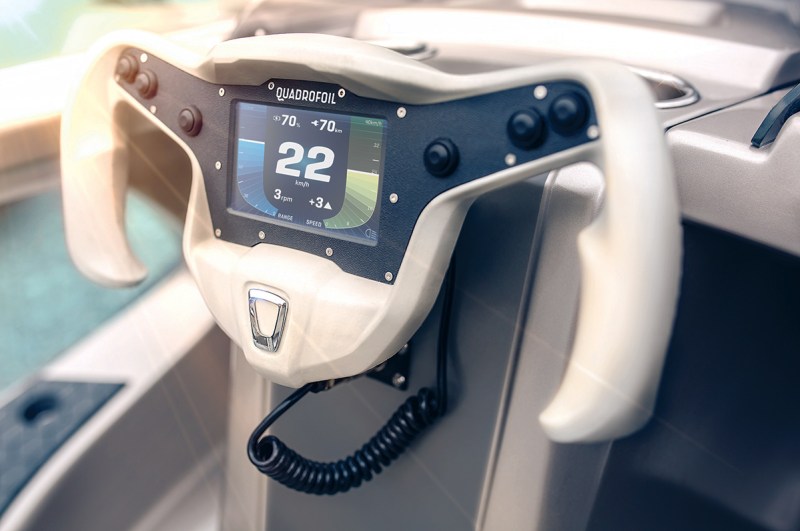 As you’d expect, consumer demand is high: their limited run Q2S Electric models have already sold out and they have received over 850 dealership requests, which outstrips their current production capacity. That noted, if you really want one right now, relax—it’s still possible to order one through their website. Behold it in action in the video below.