How to Build the World’s Most Disappointing 2.3-Second Car

The Dodge Demon is fast, flamboyant and extremely impractical

Had the highly anticipated Dodge Demon popped up on Tinder a month ago, I would have swiped right.

But in the time since, the Demon has essentially talked a big game without ever committing to actually meet up.

Today the monster is finally here, officially revealed at the New York International Auto Show. And it can’t quite perform up to the standards I was expecting.

After the biggest hype campaign imaginable, it’s been confirmed that the 2018 Dodge Challenger SRT Demon will pack only 840 ponies and 770 lb-ft of torque, enough for a 0-60 time of just 2.3 seconds, the fastest ever for an American production vehicle. I know what you’re thinking: “Only 840 horsepower?” True, that is impressive. But it doesn’t come close to the four-figure number the rumor mill was spinning … and that I was hoping for.

All the Transbrake talk makes sense, though. The first-ever factory production car with a Transbrake means you can lock the transmission output shaft and hold the car in place before a standing start. This means a zippier power delivery and 15 percent more torque at launch, and also explains all that smoke in the buzz videos. It’s not courtesy of a clutch dump; it couldn’t be: the Demon is an automatic, another rumor we hoped wouldn’t be true. Bummer.

Look, it’s not a bad car. But it is a car meant to hit the drag strip. And that’s simply not a car that many American drivers need. 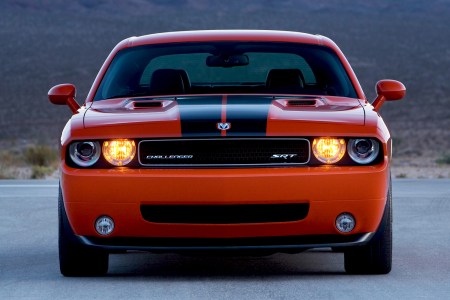 In the Hunt for a Modern Classic Car, Consider the Secret Identities