Meet the Sexiest Physical Therapy Tool of All Time

It's also good for people with ‘variable energy levels’

As a number of vehicle designers have demonstrated of late, tricycles are growing up right before our eyes.

Among the adult-approved three-wheelers we’ve reported on lately: a museum-worthy Italian number with parts borrowed from a Citroën, an off-road-ready trailblazer trips and a segway-inspired model for those who suffer from balance issues.

And now we’ve got the CERO E-tricycle, a retro silhouette that can seamlessly transition between manual operation and a small electric motor. Beyond crusing about the neighborhood, the makers see it as a physical therapy tool for people recovering from leg or spinal injuries.

The trike’s frame gives it an extremely low center of gravity, and its build provides a unique pedaling position that makes the back, neck and shoulders more comfortable during operation.

“During 20 minutes of cycling with the CERO each leg is bent more than 500 times,” according to CERO designer Tamás Túri. “It can be utilized in physiotherapy programs intended to help the patient regain strength and motion in impaired legs.”

An important thing to note about the CERO is that Túri also says it will be perfect for individuals with “variable energy levels,” which to us just sounds like a very polite way of saying lazy.

Good to hear, since that means we’ll qualify for one, too. 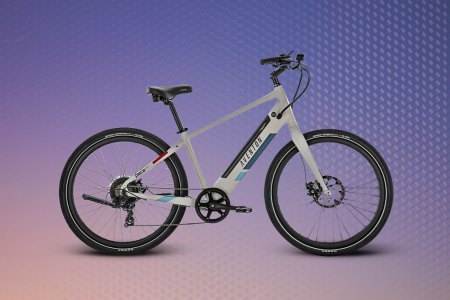