Talking Hogs, Old and New, With the Great-Grandson of Harley-Davidson’s Co-Founder

Talking Hogs, Old and New, With the Great-Grandson of Harley-Davidson's Co-Founder 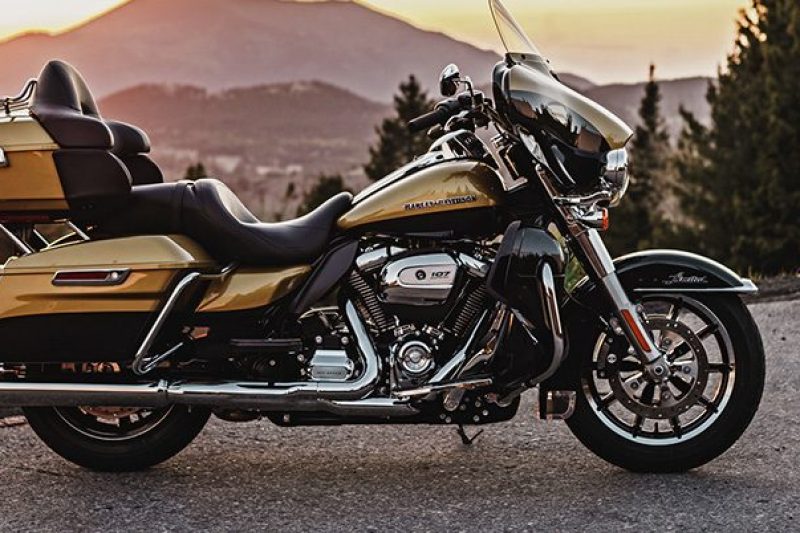 If you’ve ever enjoyed Easy Rider, binge-watched Sons of Anarchy, or read Zen and the Art of Motorcycle Maintenance, you may have gotten the urge to quit your job and just ride off into the sunset. And while you could pick from thousands of vintage and new models out on the market today, the brand that would likely hit your brain first would be Harley-Davidson. The company is so intertwined with U.S. motorcycle culture, it’s impossible not to see them blur by on nearly every roadway in America.

With Harley-Davidson’s 2017 touring models out this fall, featuring the brand-new Milwaukee-Eight motor (see below), RealClearLife had the opportunity to interview one of the motorcycle legend’s main players—Bill Davidson, VP of the Harley-Davidson Museum and Factory Tours, who is also the great-grandson of the company’s co-founder, William Davidson. 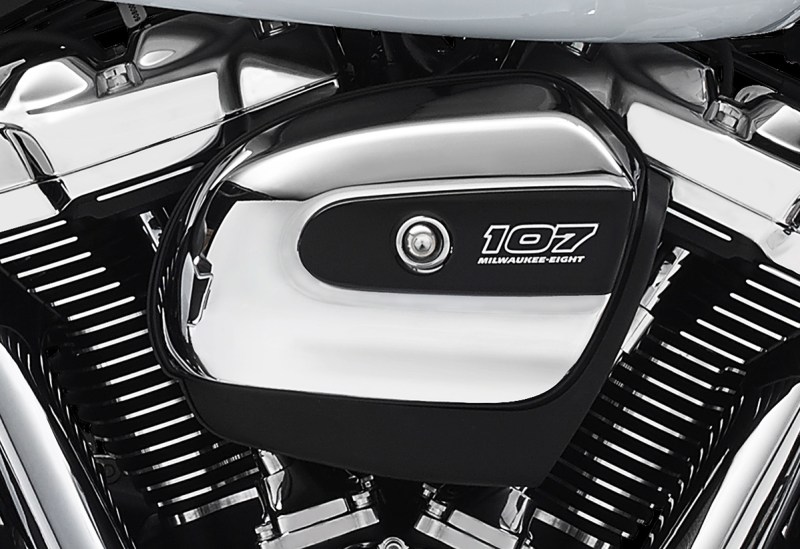 Joining the company in 1984, Bill Davidson has been riding motorcycles since he was seven—and thinking long and hard about the experiences involved in doing so (as you’ll see below). Read our interview with him from the recent Milwaukee Motorcycle Rally and Bike Show.

What was it like growing up in such a legendary family? Were you aware of your famous last name, or was it something you were embarrassed by?
You know, it was great growing up [a Davidson]—my mom and dad were such great mentors and inspirations. I view my dad almost like a brother or riding partner, and we’ve had some great times together as a family riding our Harley-Davidsons to many corners of the world. The neat thing [was], my parents, made sure we grew up as [normal] kids. Not many people knew who I was in high school, and that was fine with me. I get some pretty funny phone calls nowadays, where an old high school buddy will call me and say, ‘Hey, I had no idea who you were!’ [laughs]

How did you get involved in the museum?
Well, the museum opened in 2008, and my role at the company was vice president of marketing at the time. There was an opportunity to run that business, and they tapped me, and I said, ‘Absolutely. I’d love to.’ I mean, what an honor to oversee the business that represents over 113 years of this phenomenal, iconic brand.

What is your favorite item from it? Any particularly meaningful ones?
It would be really, really difficult for me to choose one, but if I absolutely had to, [it] would be ‘Serial No. 1,’ which was the first motorcycle my relatives and Bill Harley rolled out of the shed in 1903. That motorcycle represents the results of my relatives—the three Davidson brothers—and Bill Harley, developing their dream. And that dream started back in 1903, and here we are 113 years later, and that dream is still alive and stronger than it’s ever been. And when you think about the fact that we’ve just introduced a new motor called the Milwaukee-Eight and where that’s going to take us and what that’s going to do for our customers, it’s just … the dream continues, and it’s a powerful, iconic brand that reaches to all corners of the world and talks to all people from all kinds of backgrounds, and boy, that’s a pretty powerful ingredient list.

What is your all-time favorite Harley model?
My all-time favorite Harley model is all of them. [laughs] It’s hard for me to choose just one, because our motorcycles deliver different experiences for different people, and the neat thing is, our lineup for motorcycles is a lineup that caters to people from all walks of life. It’s a great feeling to watch customers come into our Harley-Davidson dealerships and find something that they truly fall in love with, and you watch them buy that bike and begin to experience the lifestyle of Harley-Davidson, and every moment they’re doing that, they’re grinning from ear to ear.

Tell me about the new 2017 touring models. Why are they different from all the previous ones?
Well, we’re very excited about the introduction of the Milwaukee-Eight motor. [It] is a brand-new motor for Harley-Davidson, [and] will power our touring lineup for 2017. In addition to the new motor, we have completely revamped front and rear suspension, so for 2017, our touring lineup is the ultimate. Between the motor and what it delivers—being the most powerful, responsive, comfortable, and advanced ever in the suspension—it’s a ‘wow.’ I encourage people to get to a Harley-Davidson dealership or check out our website for [more] detail and the benefits behind this new motor.

If you could take one of the models out for a spin, what would be your dream trip? Where would you go?
There’s something about riding a Harley, no matter where or when or what the destination is. It’s all about the journey. That dream of following your front wheel or tire is what it’s all about. The freedom, the experiences, the people you meet, the journey—that’s a big ingredient to our brand, and it’s what people love about riding our motorcycles. I’ve had some phenomenal rides in different parts of the world, and I’ll never forget any one of them. I look forward to my next one; I’m actually leaving [soon] for a European Bike Week in Austria, and I look forward to riding through Austria and Sylvania and some of those locations.

Will we ever see an electric Harley?
Well, the LiveWire is a project that is alive and well (no pun intended). We have shown it to the public, which is a little bit different than what we typically do. We [did so] in order for people to test-ride it, and then we gathered a lot of data from those customers that had the opportunity, and that data is continuing to feed the development, if you will, to ensure that when we do introduce that motorcycle, it’s the ultimate electric motorcycle.

If you could ride with one person—alive or dead—who would it be and why?
I knew my grandfather really well; he was actually president of the company from 1942 to 1972, but I didn’t know the founders. I mean, what a thrill it would be to ride alongside Bill Harley and my great-grandfather William A., and his two brothers, Walter and Arthur. That would be an absolute thrill.

Are you a Sons of Anarchy or Easy Rider type of guy?
[laughs] I love that question! Boy, I don’t know if I can categorize myself as an Easy Rider or a Sons of Anarchy [type]. I’m an avid rider; I try and ride every day. I’m an avid collector; my earliest bike is a 1936 Knuckle, and my newest bike is a 2017 Road Glide with a new Milwaukee-Eight engine in it. I love the sport, the people, the adventure, the journeys, [and] I can’t get enough of it. And I’m going to keep doing it for as long as I possibly can.

How to Rent Out Four of the Most Exclusive Private Islands on Earth
Noah Baumbach Is Always Searching for His Father
This Mexican Corn Liquor Will Transform Your Whiskey Drinks
Save 15% on Hawkins New York Dinnerware at Verishop
These Are the Best Fitness Trackers and Watches for Your Next Workout
You Need a Short-Sleeve Sweatshirt. Todd Snyder's Is 21% Off.
Madhappy x Vans Team Up for Friendship-Bracelet Inspired Sneakers
The Best Early Prime Day Sale Is This Echo Dot 2-for-1 Discount
Swim in Style With These Lacoste Trunks, Now 30% Off