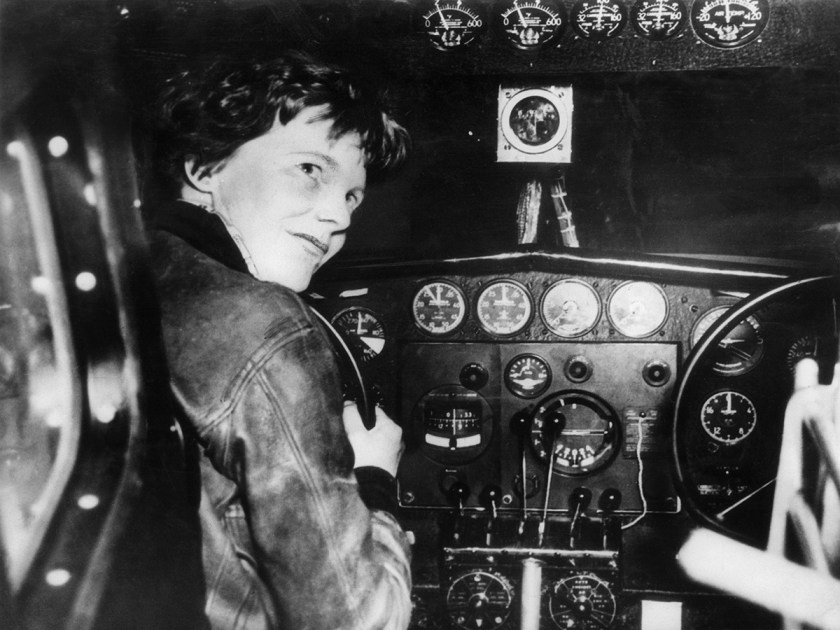 One of history’s greatest unsolved mysteries just got a new shot of life—maybe.

Having already broken a record for solo flight by traversing the Atlantic Ocean in 1932, five years later, famed pilot Amelia Earhart was two-thirds of the way through an attempt to fly around the world when her plane disappeared somewhere over the Pacific Ocean. Along with her navigator Frederick Noonan, neither Earhart nor her plane were ever found. That much we know for certain. Just where Earhart and Noonan crash-landed—and what happened on or after impact—has remained a mystery. 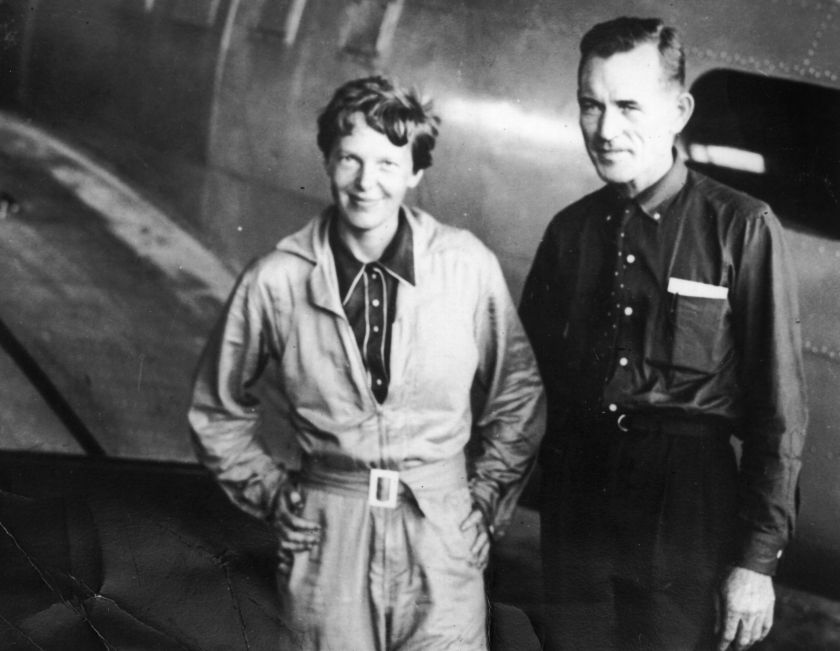 Amelia Earhart with her navigator, Captain Frederick Noonan, in a hangar in Natal, Brazil, June 11, 1937, taken less than a month before their disappearance (Topical Press Agency/Getty Images)
Getty Images

One organization, the International Group for Historic Aircraft Recovery (TIGHAR), has been on a 31-year mission to solve it. Two years ago, TIGHAR (pronounced “tiger”) resurrected a claim that it possessed a scrap of metal from Earhart’s ditched plane. (The group found the piece in 1991 on an island Earhart may have crash-landed on.)

According to the Miami Herald, the group had been working on a theory since 1988 that Earhart and Noonan had not “crashed and sunk,” as the most widely believed theory goes, but crashed and survived.

Executive director of TIGHAR Richard Gillespie told the newspaper he believed that, based on Earhart’s final transmission of her coordinates, that there was a possibility that she could’ve wound up on either McKeon Island or Gardner Island (a.k.a. Nikumaroro).

Micronesian tribesmen, who inhabited the latter island, apparently found bones and a woman’s shoe in the late 1930s and handed them over to a British colonial officer. Subsequently, the bones were identified as a man’s and then went missing. 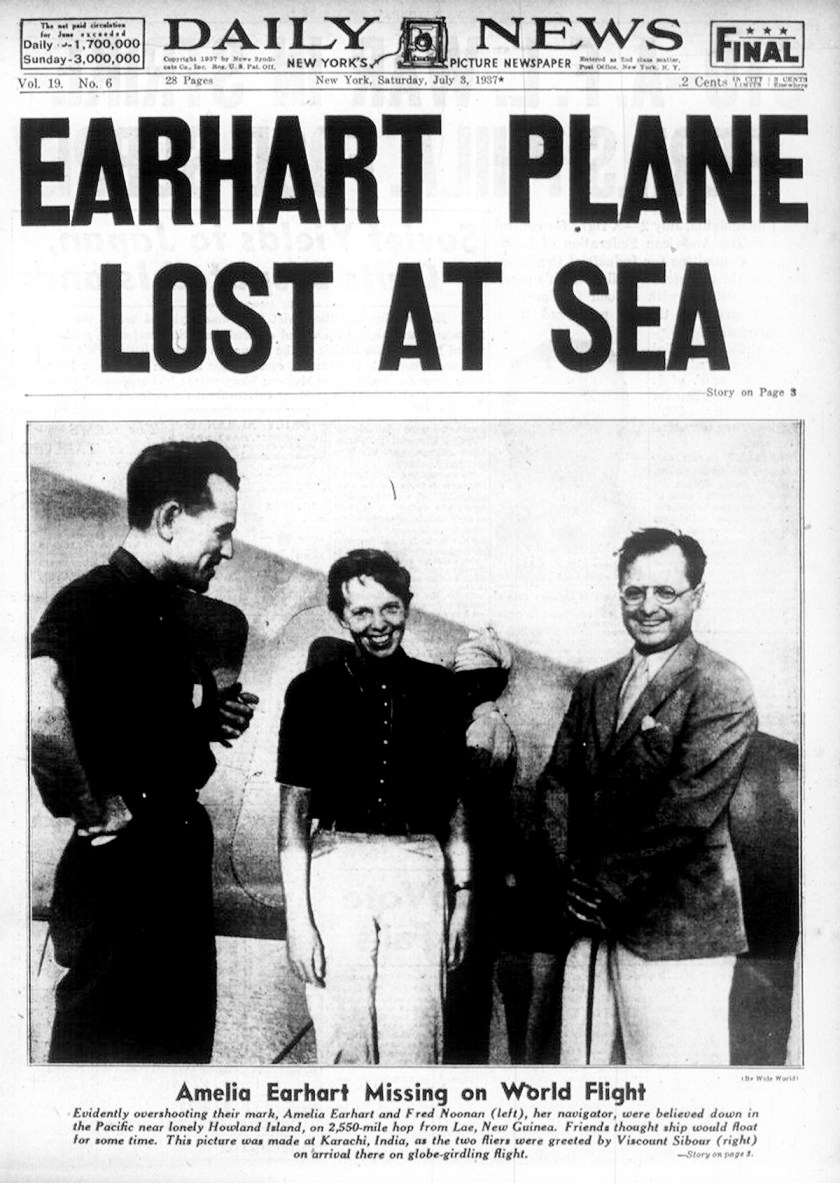 In 1998, TIGHAR says it discovered the British forensic files on the bones and shoe, publishing their own findings about it here. This year, in a re-evaluation of their previous re-evaluation, the group says it now believes, with even more certainty, that the bones of the “castaway” on Gardner Island could be a woman’s, which leads them to wonder whether they are Earhart’s. (Here’s their latest forensic research.)

If this were the case, she and her navigator would’ve crashed-landed on or near the island, survived for a time, and then perished when they weren’t located in a timely fashion.

If the sum of TIGHAR’s claims seem bogus, you’re not the first to think so. With no hard evidence to actually do forensic work on in the first place, the conclusions all seem to be quite “out of thin air.”

Elgen Long, author of Amelia Earhart: The Mystery Solved (which gave way to that “crashed and sunk” theory and the movie, Amelia, starring Hilary Swank), told the Herald, “Everybody is entitled to their own opinion. But everybody should have some facts to back up those opinions, and Mr. Gillespie, well, he doesn’t.”

Who should you believe? For more on TIGHAR’s quest, click here. Below, watch a video from National Geographic summing up Earhart’s disappearance and the subsequent hunt for answers.

How to Rent Out Four of the Most Exclusive Private Islands on Earth
Noah Baumbach Is Always Searching for His Father
This Mexican Corn Liquor Will Transform Your Whiskey Drinks
Save 15% on Hawkins New York Dinnerware at Verishop
These Are the Best Fitness Trackers and Watches for Your Next Workout
You Need a Short-Sleeve Sweatshirt. Todd Snyder's Is 21% Off.
Madhappy x Vans Team Up for Friendship-Bracelet Inspired Sneakers
The Best Early Prime Day Sale Is This Echo Dot 2-for-1 Discount
Swim in Style With These Lacoste Trunks, Now 30% Off