Inside the Private Las Vegas Club For Crypto Billionaires

MORE is for those with more.

Some of the world’s most elite, private clubs, like the SoHo House or the Metropolitan Club, can be found in New York City. For a fee, the city’s power players are granted access to a luxury locale where they can relax or talk business with other members of high society.

That’s why when former Manhattanite Peter Klamka relocated from the Big Apple to Las Vegas he was disappointed with the selection of private clubs. So the entrepreneur decided to start his own, the MORE Las Vegas club.

But Klamka’s private club comes with a slight twist: it’s for crypto investors. Members need to own at least 5,000 MORE coins, a cryptocurrency or digital coin that can be bought and sold on the Bittrex Exchange. 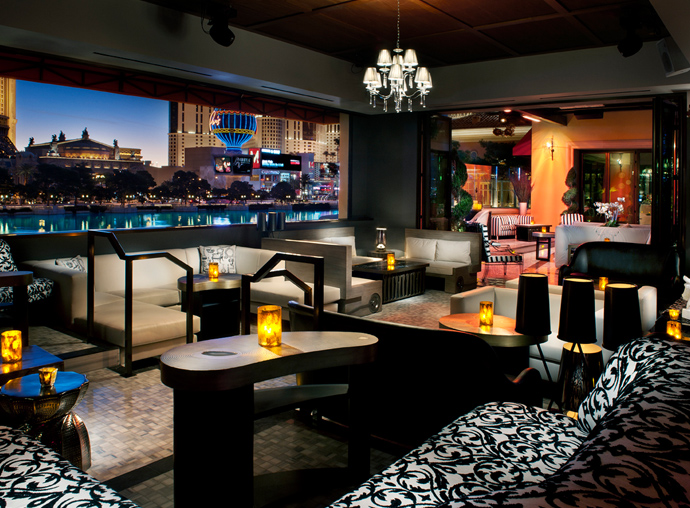 Inside the club. (Photo: courtesy MORE)

“The purpose of the token is to be able to prove your membership and to be able to spend it inside of the club,” Klamka told RealClearLife.

In fact, the MORE club is a crypto paradise where members can leave their cash and plastic at home. Instead they use cryptocurrency to purchase bottles (priced from around $2,500 to $50,000), table service or nights in the hotel. MORE is the preferred payment method, but Klamka said once inside other popular coins, like bitcoin and ethereum, can also be used. At the end of the night patrons can chip away at their MORE or bitcoin stash by way of a computerized wallet or QR barcode.

And it’s not just table service and fancy dinners that can be purchased on crypto. MORE members can rent a Lamborghini, Ferrari or a Bentley while in Sin City using their crypto. Or, purchase a personal training session with a UFC fighter with digital coins inside the club. Or, schedule a personal meet-and-greet with one of the club’s performers.

On some nights the crypto club takes up residence in a small VIP section of the Hyde. Other nights, like when a high-profile artist, such as Rich the Kid or rapper 21 Savage, are scheduled to perform, MORE members take over the entire space. That means investors, or “crypto people,” as Klamka calls them, or sometimes “the bitcoin people,” can sip champagne on the club’s open-air terrace overlooking the Bellagio as the hotel’s iconic fountain punctuates the night’s sky.

The swank, members-only club, which opened in April, is located inside the upscale Hyde nightclub at the Bellagio Hotel on the Las Vegas strip. At about 14 cents a token, that’s around $700 for membership. But much like other cryptocurrencies, the price fluctuates often, and could go higher or lower.

“Today if you buy your membership, you’re getting a great deal,” said Klamka, but pointed out that “six months ago, when [MORE coins] were at $3 each; $15,000 was the membership.” 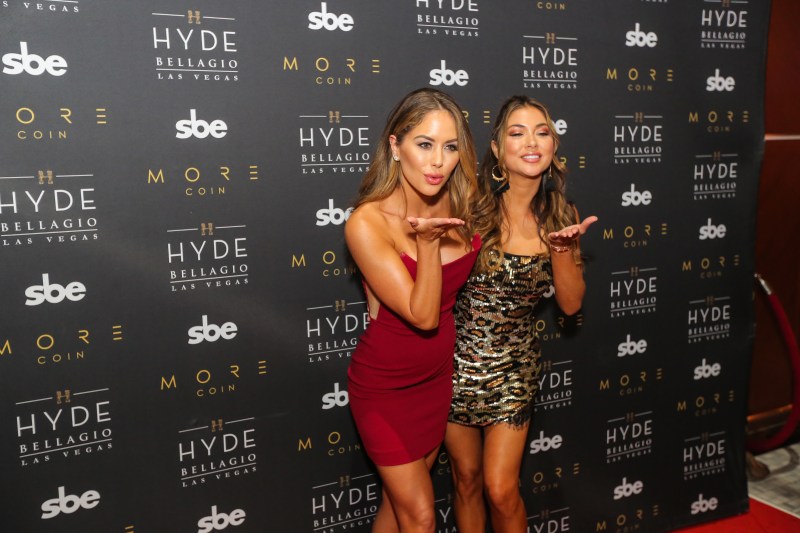 Unlike other private clubs, MORE isn’t just a boys club and its roster isn’t a secret. Members might rub elbows with the MMA girls, business execs, celebrities, like Shark Tank’s Daymond John and the Ultimate Fighting Championship (UFC) fighters, and “a couple billionaires,” Klamka said.

“There are x number of people that are coming into crypto, more and more every day,” said the entrepreneur and investor whose own portfolio includes “lots of bitcoin, lots of ethereum, some dash, some monero, some Zcash.”

“So the concept behind the club was, what would be interesting for them? This’ll just be like the private club for them. It’ll be the crypto SoHo House, the crypto Norwood, the crypto Princeton Club, the crypto Core Club,” he said.

Despite the epic rise in interest in the last year of digital coins — the most popular and largest digital token, bitcoin, peaked at around 19,700 last December — Klamka said the predominate market for cryptocurrency buyers is still investors holding out for the future.

“When you think about what you can use crypto for it’s basically nothing right now,” Klamka said. “So it’s trading; it’s speculation; it’s some gaming. But what can you buy in the real world that’s interesting, that you want, using crypto? There are people that accept bitcoin, but that’s really isolated cases.”

Cryptocurrency, or digital coins, operate like a peer-to-peer payment method. Except unlike a traditional currency, there is no physical coin in the crypto universe. The “coin” is a barcode stored in a decentralized server that is powered by blockchain technology. Traders buy and sell coins as the price goes up and down, much like the stock market.

The MORE club in Las Vegas is the first, but Klamka helped develop a now-defunct crypto-powered strip club in the same city last year. He’s also helped raise funds for other coin offerings, or crypto ventures, such as a bitcoin-backed ATM.

One big distinction: Klamka said members of the MORE club, unlike the strip club, are proud of their affiliation with the club.

“Every single night at the Bellagio… there isn’t a member that doesn’t come and post on Instagram or Facebook or Snapchat or something like that, ‘Oh, I’m in the crypto nightclub in Vegas,’” he said.

The MORE club in Miami’s Hyde Beach will open in September, along with a MORE Los Angeles before the end of the year. Klamka said a MORE Bahamas is also in the works for January 2019.