Cool! A Motorcycle Infotainment System. That Definitely Won’t Kill You.

Why Indian's newest feature is a no good, very bad idea

In 2014 (the most recent year for which comprehensive data is available), 4,295 people were killed and 92,000 were injured while riding a motorcycle in the United States.

In fact, according to government data, per mile traveled in 2014, the number of deaths on motorcycles was more than 27 times the number in cars.

According to that same data, the majority of fatalities occurred in May, June, July and August, a factor Indian Motorcycle clearly did not consider before releasing their new handlebar-mounted infotainment system just in time for summer.

The Ride Command system’s display features a seven-inch touchscreen with pinch-to-zoom capabilities that Indian claims are glove friendly … claims. Also, the hi-res screen is supposedly twice as bright as most smartphones, and, ergo, potentially twice as distracting.

In addition to pairing with a rider’s phone via Bluetooth and offering calling and texting features, the Ride Command system comes with a 200-watt sound system that can play tunes from the radio or a USB flash drive, because there’s nothing safer than dinking around with your music library at 90 MPH.

If you’re interested, the opportunity of greatly increasing your chances of death by motorcycle crash starts at $23,999, but, if you feel that’s too much to pay for the privilege, consider a Harley.

And keep your hands on the ‘bars, for chrissake. 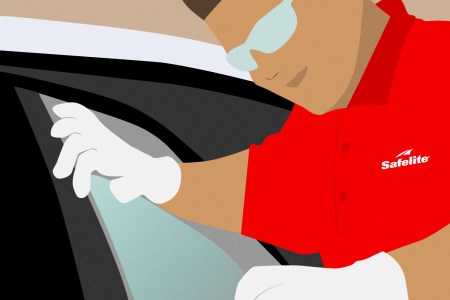