Ice-Blue Lambo Is the Only One of Its Kind, Needs New Owner

Everyone knows blue is the vroom-est color

Considering only about 400 of them were made, acquiring an original Lamborghini Diablo SV is like finding a needle in a haystack.

Which would make acquiring an “Ice Blue” Lambo SV — of which only one model was ever made — about as likely as getting struck by lightning after shooting a hole-in-one with a winning Powerball ticket in your hand.

Unless you’re willing to fork over some serious cheddar.

Lamborghini’s first road car with a top speed of more than 200 MPH, the 492-HP Diablo launched in 1990; the company began offering an SV (Super Veloce) model in 1995. Built three years later, this one-off SV was created specifically for the 1999 British Motor Show and is the only Lamborghini in the U.K. to be finished in pearlescent blue and yellow.

In addition to its custom exterior, the “Ice Blue” SV also features custom upgrades like a carbon-fiber gear lever, stainless steel exhaust system and two-tone alcantara suede that covers nearly every inch of the car’s interior.

Presented by Super Veloce Racing, the special Diablo only has 6,941 miles on it, and each one of its original accessories is still in place, including a Lamborghini umbrella. If you’re interested (and to get a price quote), request an application.

And call your banker. 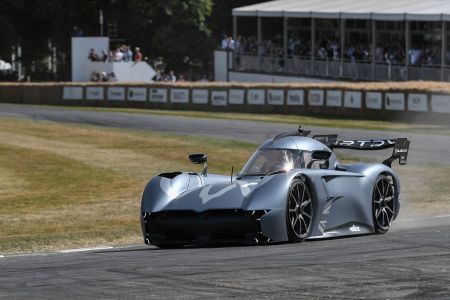