"Clean and mean" is the name of the game

In order to see the true potential of something, sometimes you need to strip away everything.

While that sounds like the tagline for an upcoming arthouse movie, it’s actually the design philosophy Bill Webb of HUGE MOTO began embracing in 2014 after he recovered his stolen 1995 Kawasaki Ninja ZX7 and found it stripped down to its bare bones.

Realizing the ransacked racer could still kick some ass and make a helluva street bike, Webb turned the Ninja into a custom build dubbed the Cafe Fighter and HUGE MOTO was born.

The latest work from Webb’s shop, the Mono Racr concept, is a chip off the old engine block.

Centered around a Honda inline four-cylinder engine, Webb and lead engineer Allan Reich used a “clean and mean” design philosophy while constructing the concept vehicle and outfitted their creation with a frame and swingarm made from just one piece of carbon fiber to enhance speed.

Still months from completion, Webb wants the Racr to be viewed as a “retro-modern design”  that was made “as real as possible” when it’s done and not “just another bullsh*t concept bike.”

And this time, it’s personal. 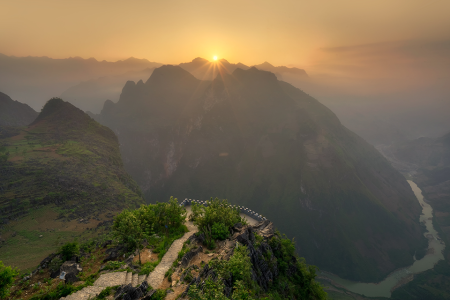 5 of the Most Epic Motorbike Loops in Southeast Asia 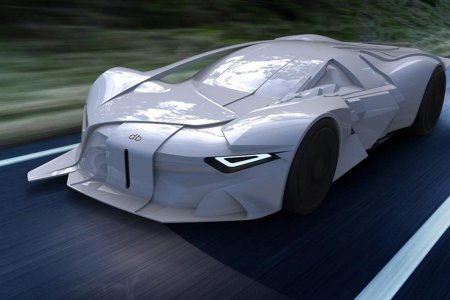 If You Could Imagine David Bowie As a Car, This Would Be It 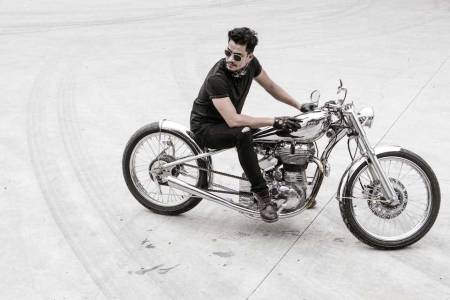 Bandit9’s New Bikes Are the Holy Grail of Custom Motorcycling