With a name like the G. Patton Tomahawk, you know it's good

General George Patton is an American hero. Accordingly, there are plenty of tributes out there bearing his name. Tanks. Golf courses. And at least one custom Jeep Wrangler that, like him, is in a class all its own.

So what separates the custom G. Patton Tomahawk from the pack? Its wheels — all six of ‘em.

Unveiled at the Chengdu Auto Show, the Patton Tomahawk has a Wrangler body with a pickup bed added onto the back, as well as a 3.6-liter V6 beefed up with a RIPP supercharger under the hood.

Other specs about the vehicle have been tough to come by, but Car News China — the outlet that first revealed the six-wheeler — reports that the manufacturer may or may not have ripped off the name from U.S. Specialty Vehicles. One thing we do know, unfortunately, is that if the Patton ever does go into production, it will only be sold in China.

Regardless, the Tomahawk is still real pretty to look at. 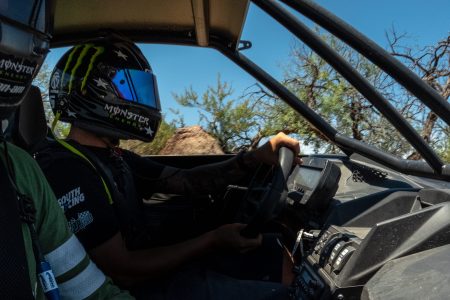