Watch What Happens When a Fighter Pilot Loses Consciousness at 12,000 Feet

An F-16 flies in the pre-contact position behind a KC-135R from the Arizona Air National Guard. (HIGH-G Productions/Stocktrek Images)
By David Kiefaber 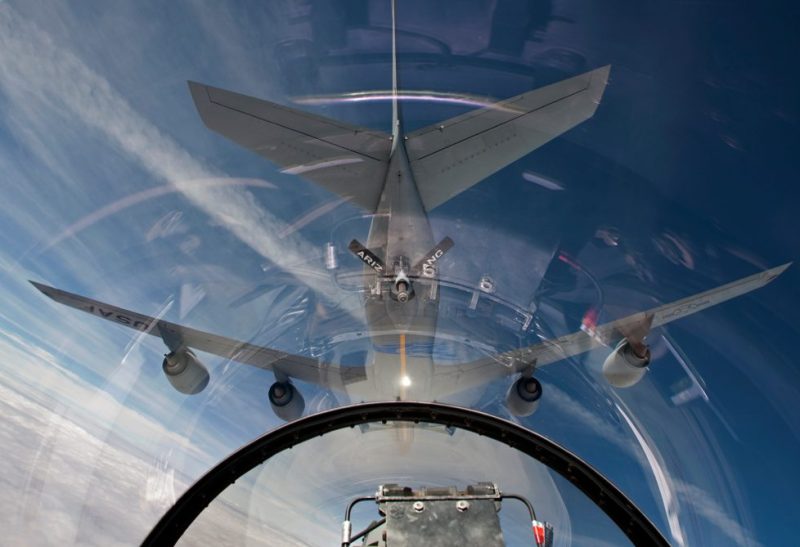 A student pilot’s routine training exercise went awry when he passed out in the cockpit, sending the plane into freefall.

Footage from an Arizona Air National Guard flight test shows the F-16 fighter plane losing over 12,000 feet of altitude in under 30 seconds when he lost consciousness while executing a roll maneuver.

So why didn’t the jet crash? The answer lies within the plane itself, specifically the Automatic Ground Collision Avoidance System (Auto-GCAS) that detects when a plane is about to crash. At that point, the Auto-GCAS assumes control of the aircraft and reroutes it, preventing a potentially fatal impact.

Thankfully, the story ends on a positive note: The pilot regained consciousness and was able to land the plane once it righted itself. And this instance marks the fourth life saved by the technology since it was introduced in 2014. But as you can see from the video below, the moments leading up to Auto-GCAS kicking into gear were very tense.