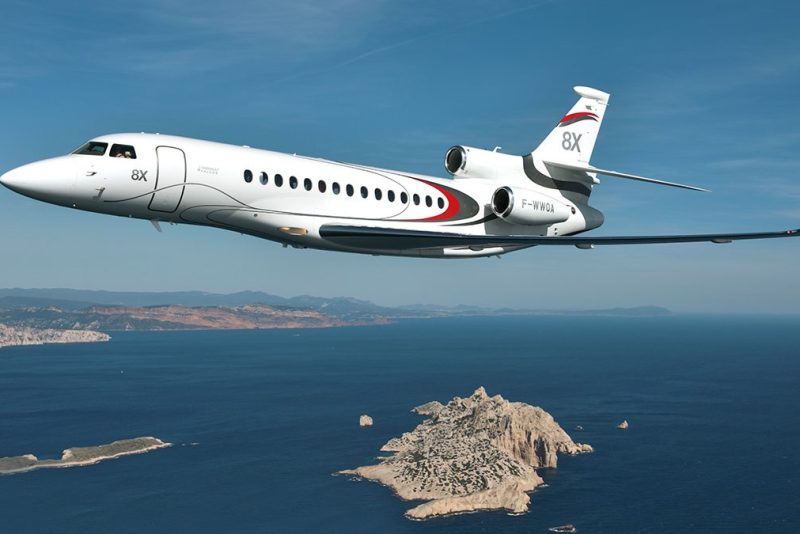 The company has launched the Falcon 8X private business jet, its $58 million tune-up of the already popular 7X model. The jet’s PW307D turbofan engines deliver five percent more thrust than their predecessor’s; and can wing a passenger, nonstop, from Dubai to New York; Beijing to New York; Hong Kong to London; or Los Angeles to Moscow.

The 8X also features a sleek, 80-foot body, nearly half of which is reserved for cabin room. The company offers 30 distinct layouts for potential buyers, and passengers can control a cabin management system via Apple devices and apps from anywhere in the plane, charting flight progress and calling up a virtual moving map by pointing your iPad in its direction. The extra cabin space allows for a possible living area, shower and sink, lie-flat beds, a media/entertainment lounge, or a grand galley for fine dining. All told, the jet’s interior is a wonder of potential comfortable accommodations and technological quirks.

For more information on the Falcon 8X, click here. Take a short visual tour of the jet below. 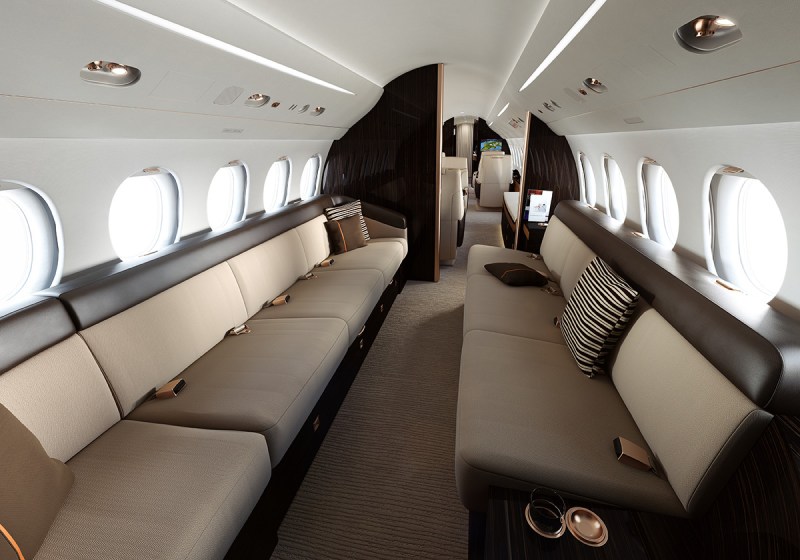 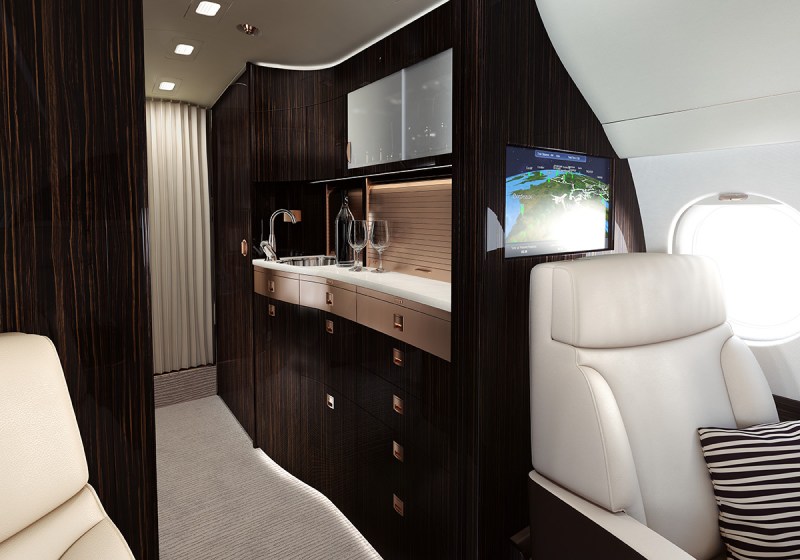 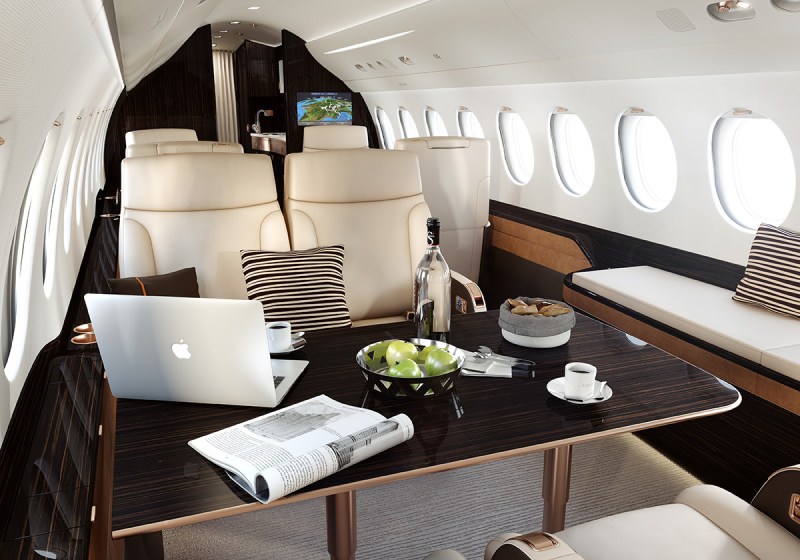 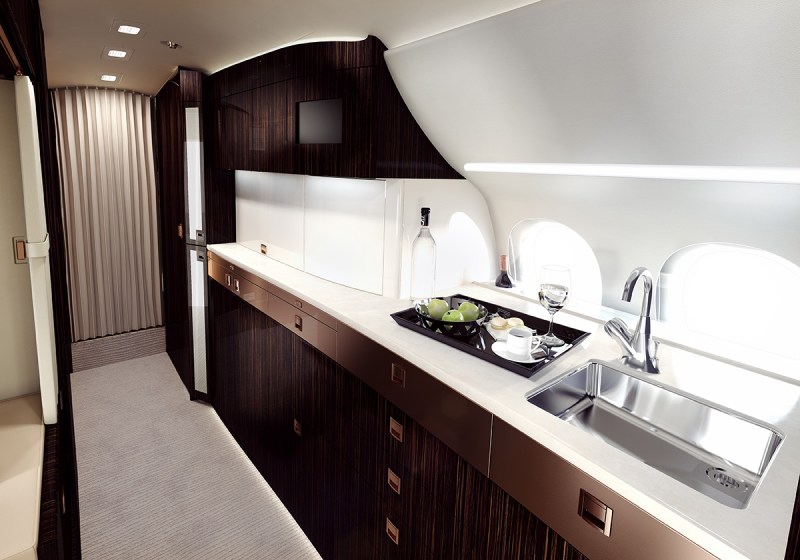