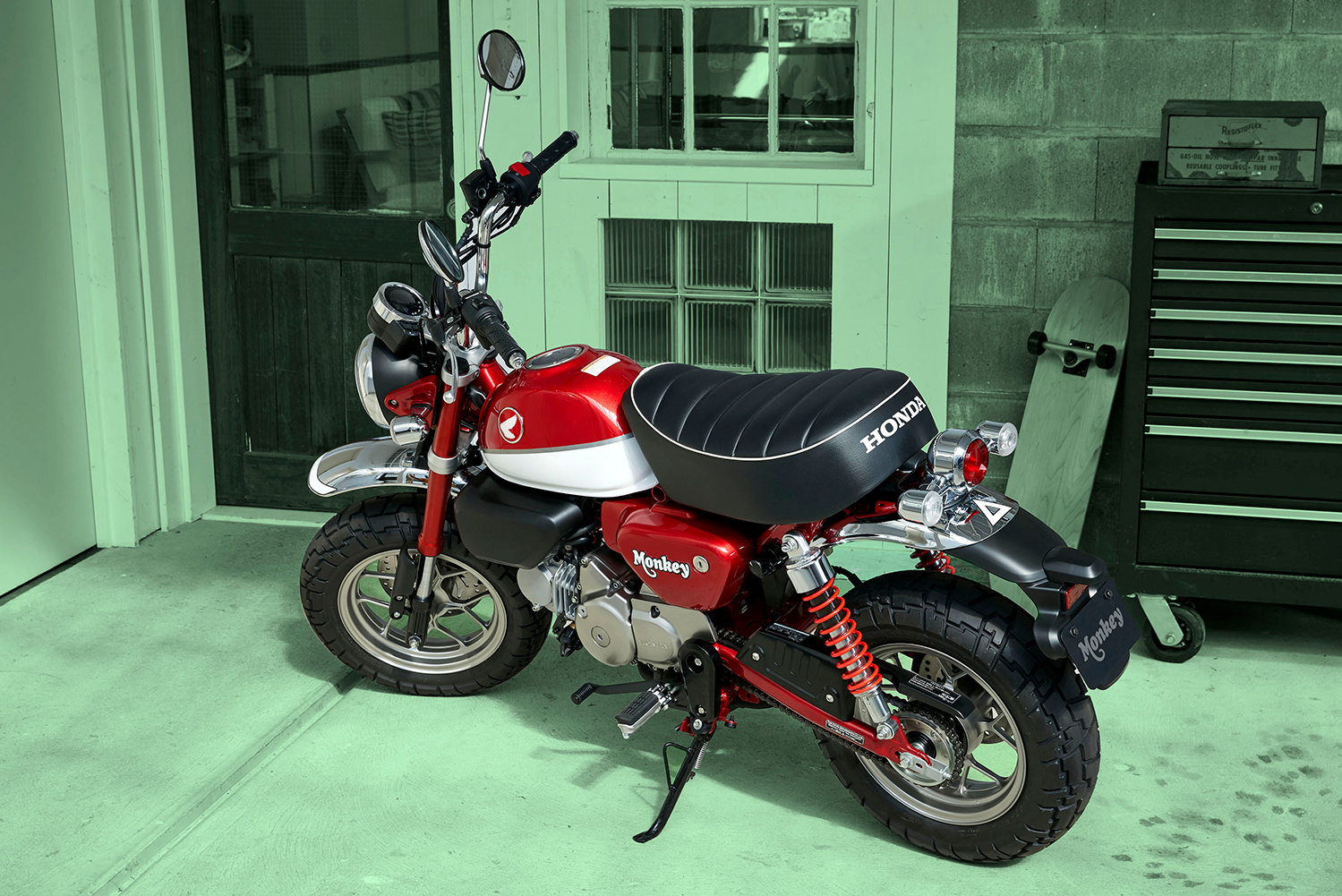 There’s never been a better time to get your motorcycle license. We’re all staying closer to home because of the ongoing coronavirus pandemic (yes, that’s still happening, even if you’re over wearing a mask), we all could use a new hobby to destress from the ongoing turmoil in our country, and gas prices, while not as low as they were two months ago, are still near the bottom of the barrel.

I can already hear the hesitation. Motorcycles are dangerous. Motorcycles are not for me. I don’t have any use for a motorcycle. Normally, those are all valid complaints, except when it comes to summer 2020 and the Honda Monkey.

You’ve undoubtedly heard the term “monkey bike” before, but the Honda Monkey is the original. The little bike that could traces its origins back to the 1961 Z100, a 49cc putter that was featured at a Honda-owned amusement park in Japan, as well as the Z50A, the first Monkey bike that was sold in the U.S. back in 1968. If you grew up riding bikes, you probably have some memories of scooting around on one of the many plush-cushioned iterations, but the bike has gone by the wayside since Honda killed off the original line in 2017.

Of course, Honda reintroduced the Monkey for the 2019 model year and updated it slightly for 2020, but the retro-dipped ‘60s throwback has been fighting an uphill battle against the more popular Honda Grom, a legitimate minibike phenomenon mostly favored by young guys who like to get into low-stakes trouble and post group-ride videos on YouTube.

But you know what? The Grom is ugly. Sorry, but it’s true. If a Harley-Davidson Road King is the motorcyclig equivalent of a geezer yelling “get off my lawn,” the Grom is the equivalent of the hooligan he’s haranguing. Meanwhile, the Honda Monkey has been patiently waiting in a corner ready to take you on a nostalgia trip back to some rose-colored yesteryear, even if you have zero bike experience and have never even heard the phrase “You Meet the Nicest People on a Honda.”

Of course, this PSA isn’t just for the two-wheeled neophytes, it’s for the power-hungry, spec-sheet disciples too. No, the Monkey isn’t a bike to brag about when you roll up to the roadhouse, what with its 125cc engine and whopping nine horsepower (though the fuel consumption makes up for that with somewhere around 150 MPG). And sure, there’s a good chance any review or blog post about the Monkey will complain about it being overpriced — the 2020 model with ABS, which you’re definitely going to want, comes in at $4,199.

Come on, people. Of course it costs more than the smaller bikes from the ’70s! All the price nitpickers are just looking for something to kvetch about online when they should be out getting goggle tans and compliments from every single one of their neighbors.

If you don’t want to take my word for it, Cycle News called the Monkey “one of those bikes that makes you glad to be alive.” MotorTrend even took a pair of them on a Baja 1000 road trip, inspired by the legendary off-road race that’s come to be associated with trophy trucks but actually started with a 250cc 1964 Honda CL72 Scrambler. It wasn’t easy, but they did it, and even if you’ll never drive your Pearl Blue bike through the Mexican desert, it’s still nice to know that you could.

If you’re thinking what I’m thinking, hearing about some exotic road trip is a knife in the gut right now since many of us haven’t ventured more than 20 miles from the house in the last few months. In the end, that’s what makes this bike so great. We’ve got an uncertain summer (and fall, and winter, and 2021) ahead of us, and while other motorcycles are more expensive and need to be fed open roads to be truly happy, the Honda Monkey is a vacation in a pint-sized package, the kind of vehicle you’d pay $100 to ride while visiting some quaint town in Spain or Japan.

But we’ve got the world at our fingertips, people. You don’t have to travel halfway around the globe to get a good whisky highball, and you don’t have to do that to enjoy the pleasure of cruising around on a Monkey bike, either.