Shelby’s car collection is hitting the block at the Greenwich Concours d'Elegance.

Lots from the Carroll Shelby collection that will be auctioned at at the Greenwich Concours d'Elegance in Connecticut on June 3. (Courtesy of Bonhams)
By Evan Bleier @itishowitis

As every “Game of Thrones” fan knows, Daenerys Stormborn, aka Khaleesi, is the Mother of Dragons.

He doesn’t have as cool of a nickname, but as any American muscle car fan can tell you, the late Carroll Shelby was the father of another legendary reptile: Cobras.

A native Texan with a passion for power, speed and mixing the two, Shelby began professionally racing in the ‘50s after serving in the Army Air Corp during World War II and trying out a number of career paths that led nowhere. 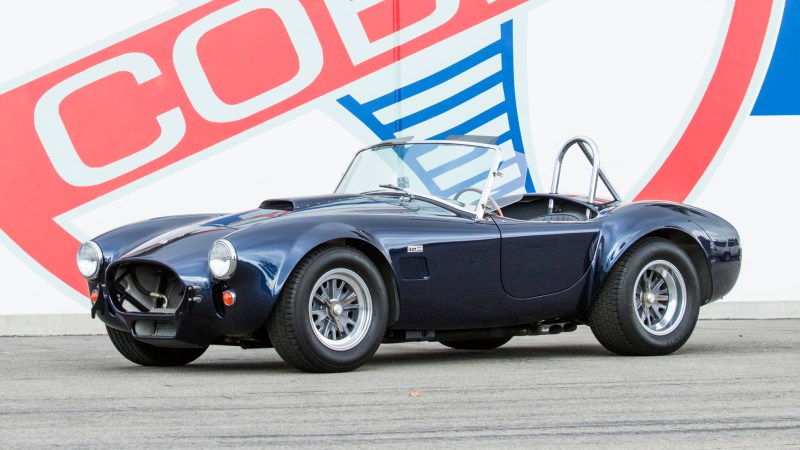 Driving against cars like Porsches, Ferraris and Jaguars in an Allard powered by a huge Cadillac engine, Shelby’s skills caught the eye of Aston Martin’s team captain and he was offered a spot driving on the British marque’s team.

Shelby accepted and went to have an incredibly distinguished career, highlighted by being named Sports Illustrated’s driver of the year in 1956 and 1957 and a career-ending win at the 24 Hours of Le Mans in 1959.

As impressive as those accomplishments are, they aren’t Shelby’s best-known work. 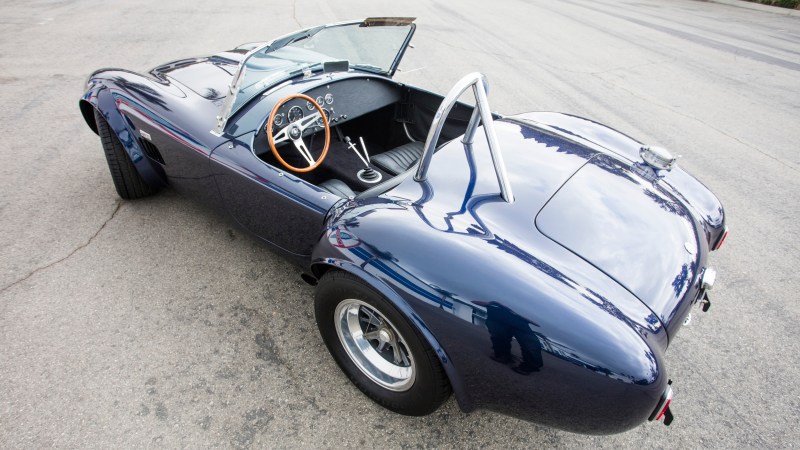 That’d be the Cobra, Shelby’s self-designed sports car, the name of which came to him in a dream. Powered by a V8 engine from Ford, the Cobra’s lightweight body was produced by AC Motors of England, a company Shelby was familiar with from his days on the racing circuit.

Introduced in 1962, the Cobra’s nimble body and powerful heart made it an instant hit and led to Shelby’s name becoming forever linked with American muscle cars.

Never one to rest on his tires, er, laurels, Shelby unveiled an even beastlier model with a seven-liter Ford 427 engine and a four-speed manual transmission known as the Cobra 427 two years after the original was introduced. 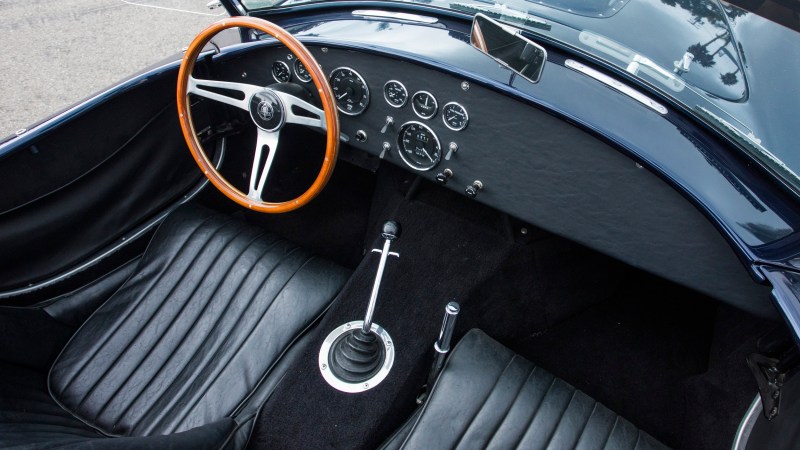 As legend has it, the 485-horsepower Cobra 427 sped up so quickly that Shelby would place a $100 bill on the car’s dashboard and tell passengers that if they could reach the note while the car was accelerating, they were welcome to keep it.

You’ll need more than a C-note, but if you want to give the “$100 Bill Game” a shot, you’re in luck as Shelby’s very own 1965 Cobra 427 is coming up for auction – along with another 23 cars from his personal collection. 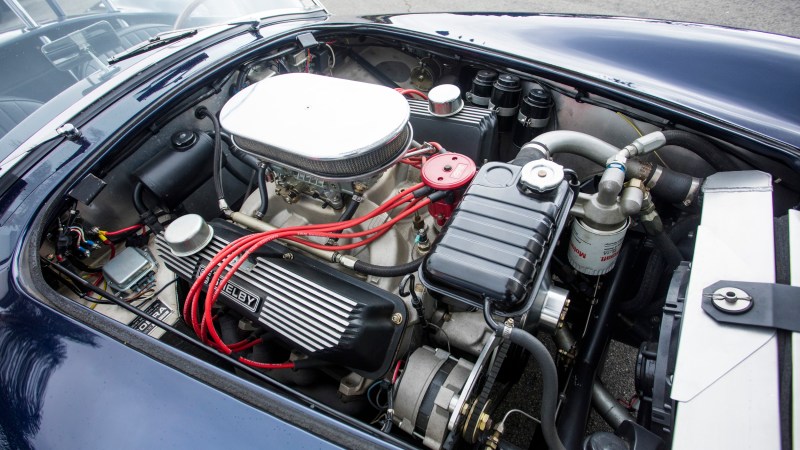 Along with beauties like a 1969 Shelby GT 500, 1982 Dodge Shelby Charger prototype and 1935 Chrysler Airflow Sedan that once belonged to Steve McQueen, Shelby’s personal Cobra 427 will hit the block at the Greenwich Concours d’Elegance in Connecticut on June 3. 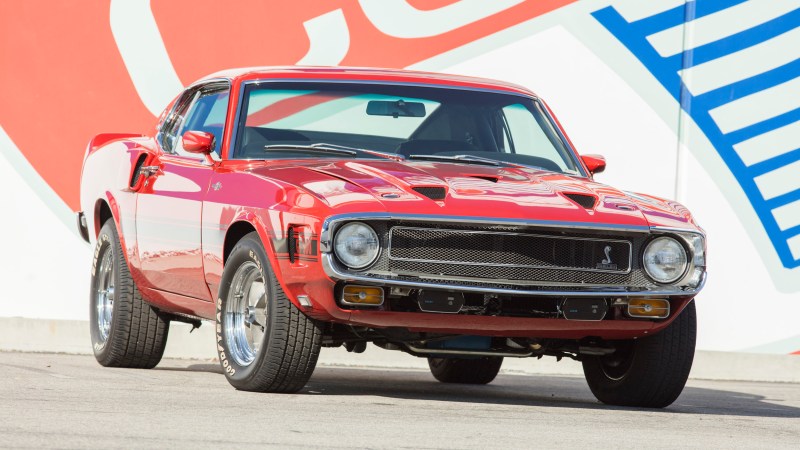 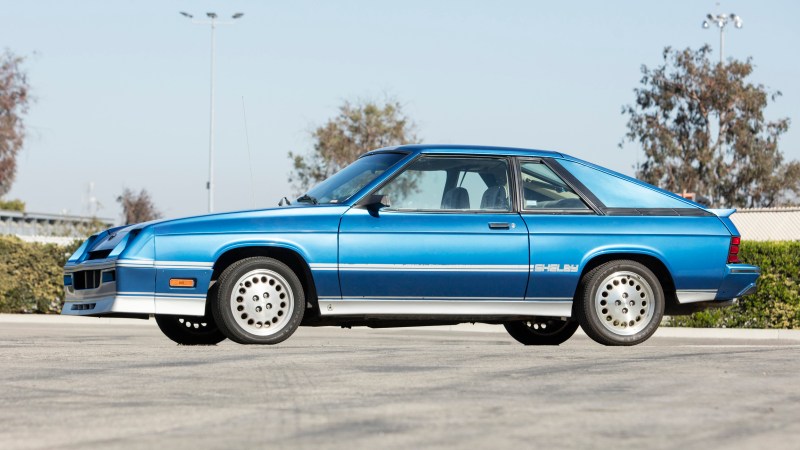 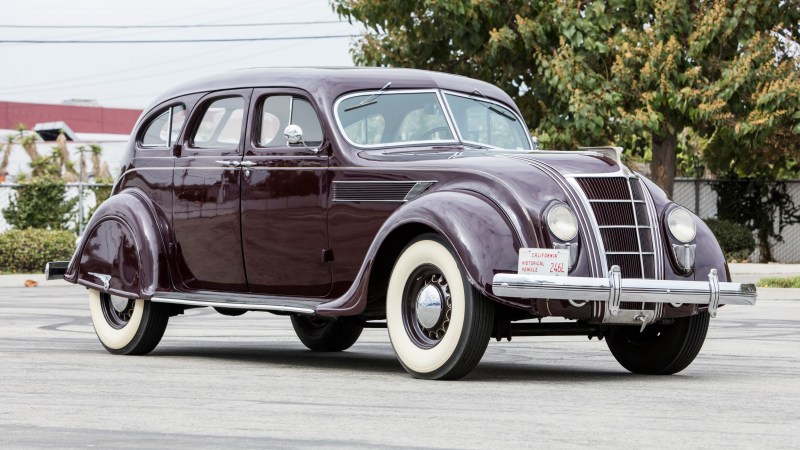 “Carroll Shelby is synonymous with American racing and performance vehicles and his contribution to the motoring world is priceless,” said Bonhams motoring specialist Michael Caimano

Unfortunately the Cobra 427 and the rest of the cars – which will be offered with no reserve – won’t be.

Preview the rest of the lot here.