Take a look at what the automotive future holds for you.

The 2018 North America International Auto Show are in the books, and the second major American car gathering of this year’s cycle unpacked a long line of debuts — ranging from wonderfully irresponsible performance cars to electrified options ready to further push gasoline to a lonelier back burner.

While NAIAS dominates automotive headlines in January, it’s the second big auto show of the car makers’ calendar. The 2019 model year season kicked off in November with the LA Auto Show, and the shows will now roll through Chicago and finally over to the New York International Auto Show in April to wrap up the U.S. take on what cars  are inbound in not only the next model year, but in the industry’s overall future.

Here’s an overview of the major headlines emerging from frigid Motown, arranged by automaker: 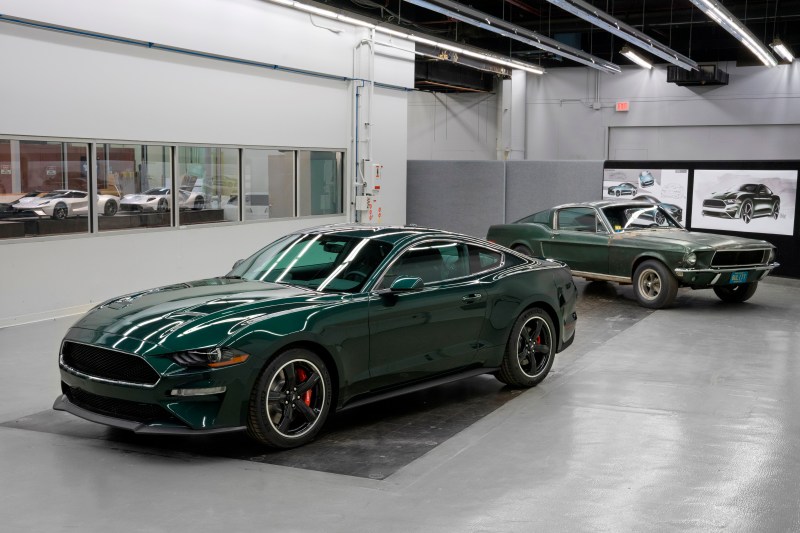 Ford: America’s biggest auto builder got a jump on the show in their own backyard with multiple debuts on the night before the first official press day. The announcements began with the arrival of the Edge ST, a sport tuned version of their popular SUV. From there, a new Ranger pickup returned to the fold.

However, the big cinematic stunt casting for Ford was the return of the Bullitt Mustang. The original Steve McQueen dream machine from the film of the same name sits atop automotive Mount Rushmore as an absolute classic. While some custom builders worked to restore other salvaged 1968 Mustang Fastbacks to match the McQueen original, the real movie car was thought lost to eternity. But, Ford found it, cleaned it up and unveiled the legend alongside a modern 2019 Bullitt Mustang that will celebrate the flick’s 50th anniversary.

Built to match the color and highlights of the 1968 version, the 2019 Bullitt Mustang will be a limited-edition — with a 5.0 liter V8 engine capable of 475 horsepower and an estimated top speed of 163 mph.

Land Rover: In a move announced overseas in Coventry and timed to coincide with NAIAS, the makers of the elite UK SUVs announced a special edition of their most iconic model. The Defender is synonymous with its manufacturer, a fixture in British automotive culture for decades. This week, Land Rover announced a limited-edition, high-performance version to celebrate Land Rover’s 70th anniversary in 2018. The Defender Works V8 is the most powerful, fastest variance ever built. And, of course, since we live in a red, white and blue navy state, the Defender Works V8 will not be sold in the U.S.

Lexus: Toyota’s fancier sister company might’ve stole the show with the introduction of a new kind of vehicle. If the crossover is the marriage of SUV and car, the Lexus LF-1 concept wants to take one more step away from the SUV and blend a crossover with a luxury sports sedan. That’s a first. 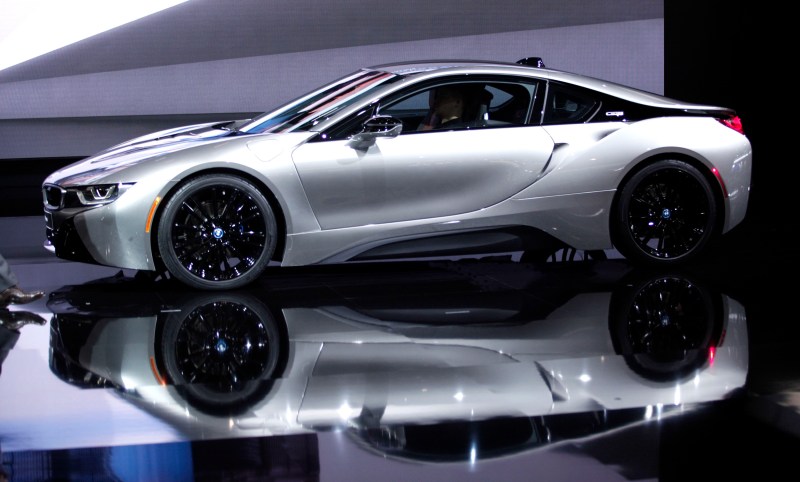 Infiniti: Looking to the future, Infiniti unleashed the Q Inspiration Concept. A futuristic luxury sedan, the car would include Infiniti’s new VC-Turbo technology — a brand of high compression that increases power and efficiency. Nissan’s sister company would like to see VC Turbo redefine the internal combustion engine.