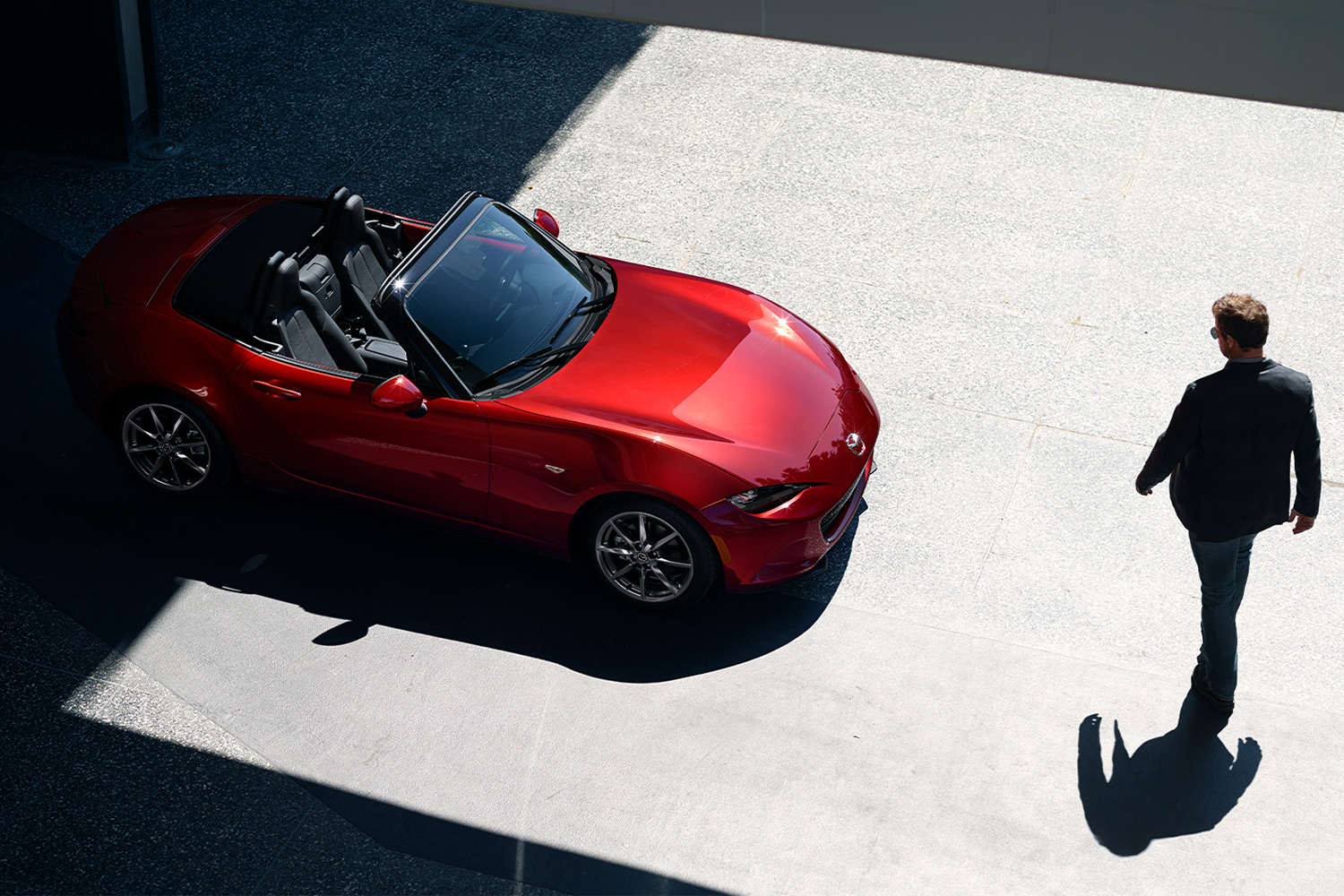 Listening to Car Talk growing up, I learned two things: Taste changes with age (I hated Tom and Ray’s banter as a kid, but yearn for it now) and the Mazda Miata is the consummate affordable convertible.

Anytime a caller asked about buying an economical sports car, you could bet the Miata was the first thing out of Click and Clack’s yaps. Eight years after the show ended, the model remains the gold standard for going topless at a reasonable price, with the barebones MX-5 coming in under $27K. But it’s 2020 — there must be something else out there, right?

As we head into the coronavirus summer, where going on a leisurely drive with the top down may be your best way to safely recreate, there’s never been a better time for a refresher on your convertible options.

Below, we’ve gathered up the highest rated models that range from $26K to $50K, including what expert reviewers liked and disliked about each. Sure, there are probably plenty of used options in your area that will get the job done, but if you buy new, you’ll get the extra satisfaction of single-handedly stimulating an industry that’s in the COVID-19-induced dumps.

Starting price: $26,580
Who likes it: Edmunds lists it as the highest-rated convertible. Consumer Reports lists it second among new models, only coming in two points (and $33K) under the Porsche 718 Boxster.
Pros and cons: Consumer Reports notes that the Miata is both “a favorite” and “completely impractical.” If you’re looking for a warm-weather fun car, not a daily driver, it’s the ideal option.
What the reviews won’t tell you: The MX-5 is the most popular roadster ever. It has been in production since 1989 and on April 22, 2016 the one millionth Miata rolled off the line.

Starting price: $28,400
Who likes it: Edmunds has it in their top five convertibles, as does CarBuzz when you add in affordability. U.S. News & World Report has it in their top three.
Pros and cons: Minis are a blast to drive. Full stop. Anyone who has driven one knows this, anyone who hasn’t has no right to slander them. Crucially, in an auto industry that has been on the long, slow trudge towards homogeneity, the Mini Convertible actually has a unique outlook on life. Is seating tight? Yes. Does it lack the oomph of competitors, especially in the base model? Yes. But sometimes the specs are beside the point.
What the reviews won’t tell you: You know about the Union Jack tail lights, but you can also get a woven Union Jack on the soft top, not that you’ll be using it.

Starting price: $41,400
Who likes it: While the first BMW convertible that comes to mind is most likely the Z4, the 2 Series is slightly more affordable (if you keep away from the options), and Consumer Reports actually gave it a higher score than the roadster by 11 points out of 100.
Pros and cons: Most would say the Z4 is a sexier ride, but you can’t get it with a stick shift. The 2 Series on the other hand makes it available in the higher priced M240i models (which admittedly puts the starting price over the $50K mark), which for some will seal the deal. For the base 230i model, most reviews, from CR to Car and Driver, praise the base 2.0-liter turbocharged four-cylinder engine, but they also recommend bumping up to the M240i’s 3.0-liter turbocharged six-cylinder if you have the cash.
What the reviews won’t tell you: BMW has been increasing its grille size in recent years, so much so that the company has had to defend itself against purists. You won’t have that problem with the classically styled 2 Series.

Starting price: $26,499
Who likes it: Me, all the annoying dudes in your town and Blake Griffin.
Pros and cons: You’re basically getting a three-wheeled toy with no airbags for the same price as a Miata, which is a real car. But after test driving a 2019 model for our ode to the stick shift last summer, you can count us among the evangelized. There’s one undeniable reason to consider picking up a 2020 this summer: for the first time ever, you don’t have to know how to drive a manual to get a Slingshot; it’s now available with AutoDrive, “a hydraulically actuated automated manual five-speed synchromesh transmission,” which, in English, translates to an automatic transmission without the weight.
What the reviews won’t tell you: Unlike other topless rides, the Slingshot doesn’t have to hide under an overpass if bad weather rolls in. The cockpit is built to withstand the elements, even including drain plugs in the floor.

Starting price: $32,170
Who likes it: Edmunds lists it as their favorite new convertible after the Miata, and even though they recommend the higher-priced GT, they note that the EcoBoost is “better than it’s ever been thanks to the availability of performance-enhancing options.”
Pros and cons: You can go as lean or as action-packed as your budget allows and still have a good time in the motoring icon, with Kelley Blue Book noting that the “base engine is energetic, but not too thirsty.” Even though reviewers across the board lament the small back seats, at least it has four seats.
What the reviews won’t tell you: When choosing a color, the Grabber Lime may strike people as too garish for a Mustang. But as Car and Driver reported back in 2019, the colorway is inspired by an option from 1970s heritage Mustangs.