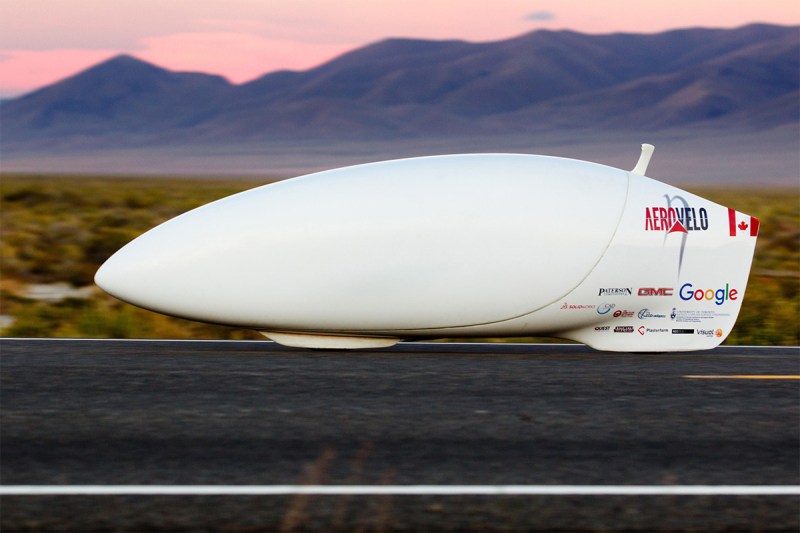 This bike eats 10-speeds for breakfast.

“It’s an unbelievable feeling to be riding in something that efficient. It cuts through the air with such little resistance, and before you know it, you’re cruising at highway speeds on nothing more than your own power. When you realize that this is the same amount of power it takes to light up a few light bulbs, it’s truly mind blowing.”

For the past six years, the company has been pushing the limits of what can be achieved by a human-powered bike. With Eta’s wet-lay carbon fiber exterior and shape, it has 100 times less drag than the average streamlined car. 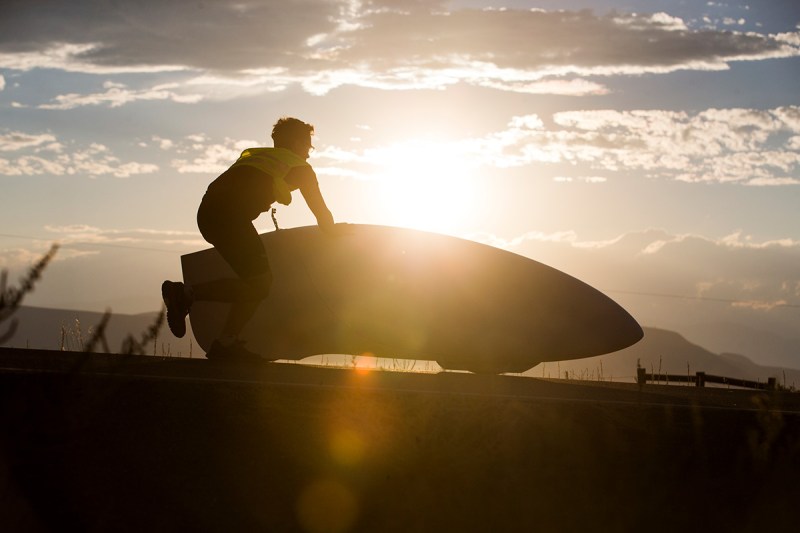 Prior to revolutionizing the speed-bike, Aerovelo received acclaim for an award-winning human-powered helicopter.

For more information on the bike, click here. Take a look inside the Eta in the video below.