12 Things You Should Know About the Amelia Island Car Auction

As is the case with the vehicles that cross their blocks, not all car auctions are created equal.

Held each year in Florida, Gooding & Company’s annual Amelia Island Auction at the beachfront Omni Amelia Island Plantation – and it’s in a  league of its own.

A one-day affair that occurs on the Friday before the Amelia Island Concours d’Elegance, the auction is a must-go event for Porsche-heads but routinely offers plenty of other enticing selections that will appeal to motorheads of different marques.

In advance of this year’s auction – which is being held the morning of March 8 – Gooding & Company president and founder David Gooding shared a 12-pack of tips about Amelia.

And, to whet your automotive appetite a bit further, Gooding & Company senior specialist David Brynan previewed three of the cars that will be up for auction next month, a 1930 Packard 734 Speedster Runabout, a 1967 Porsche 911 2.0 S, and a 1992 Porsche 964 Carrera RS.

Gooding’s wisdom and Brynan’s knowledge (in video form) are below.

1. At Amelia, you can get up close and personal with your dream car.
“If you come to the auction, the great thing about being there is you actually get to see the cars there in front of you and study them, see all the nuances of their condition and their accompanying items. We have an archive area where you can look through the paperwork and everything that accompanies the car, the spare parts and everything. If you’re interested in a lot and what to put your eyes and hands on them, you should really come there. Have one of your specialists walk you through the car; put you in it, sit in it, crawl all over it, hear it run … If you’re serious about it, we’ll bend over backward to show it to you and everything that goes with it.”

2. If you are a bidder, being in attendance has its perks.
“People love our auctions just to be there and see the event. It’s exciting to actually witness the market speaking live and in real-time. Also, if you’re there and you’re bidding, you can see what’s going on in the room much better. We have a great webcast, but there’s only so much our cameras can cover and there are certain people we’re not permitted to cover because they don’t want to be filmed bidding. But if you’re there in the audience, you can pick up on who’s looking at what things and what not. We do have some people, very active clients and bidders, who will come to the auction and spend a day or two viewing the cars then go back to their hotel room for the bidding.”

3. Don’t be surprised to see a bidding war break out.
“It’s exciting. It is very much a competitive atmosphere. There is tension. There is excitement. And that’s what we love about the business. We don’t know when that car rolls up on the stage how it is going to perform. We don’t know who is going to bid on it or if there is going to be a bidding war or if there’s not. Sometimes there is, sometimes there isn’t but the market speaks. That’s really fun and interesting to witness. Sometimes you also don’t know who is interested in a car and people come out of the woodwork.”

4. There’s no such thing as a dumb question at Amelia.
“The main thing I think people don’t do enough of is to ask us questions. If they want to just watch and attend, that’s great. Everyone who walks through the door does not have to be a bidder. But if you are interested in a car, come see us, talk to us, ask us about the cars. We do a lot of work on our catalogs and lots of research, but oftentimes we’ll learn something more about the car after they are printed. The old owner will find some additional paperwork or there might be a photo of the car that turns up. It won’t be in the catalog, but we’ll know.”

5. That person with tears in their eyes? That’s the seller.
“It varies, but usually the seller is on-site.  Sometimes it is quite emotional for these people so they don’t want to be there. We’ll also have people who’ve had the car long in the past but want to come and see it go across the block. We don’t necessarily even know they’ll be coming but they’ll show up and tell us their story. We love hearing that stuff. To us, these cars are so much more than the object. The human history behind them is important.”

6. The forecast will be cloudy with a chance of Porsches. A strong one.
“We’ve been known for selling Porsches at Amelia Island so that marque is strong and present as ever at the auction. You’ll also see a good representation from Ferrari as well as BMW and Jaguar. We’ve got a good mix.” 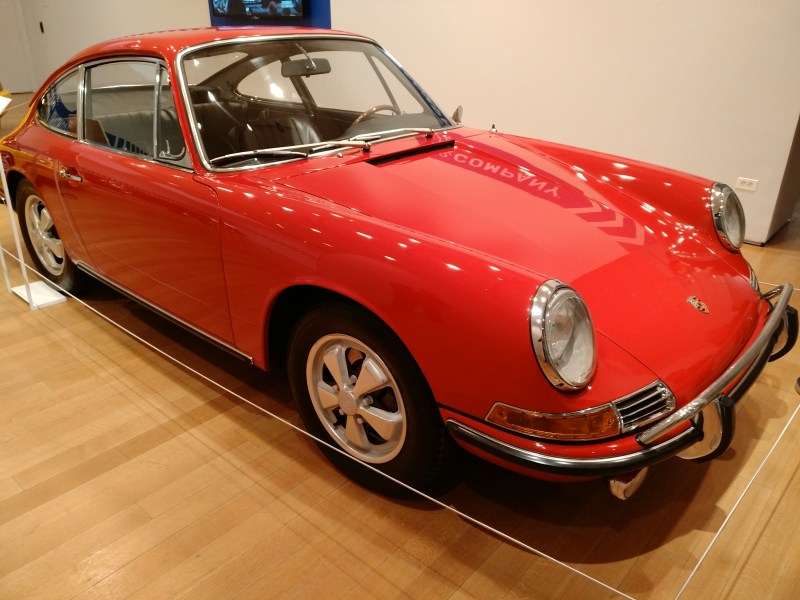 7. Amelia is its own breed of auction.
“Amelia is a one-day auction and we are down there because of the Amelia Island Concours d’Elegance and that Concours is very different than, say, the Pebble Beach Concours. People like to make direct comparison, but they’re different. Amelia has much more or a race car flair, much more of a Porsche flair because the marque and its enthusiasts have a presence there. We like the one-day sale. It’s during the day and it’s much more compact and easier to move around than at other auctions. Other auctions you have to schedule everything but Amelia is a bit more relaxed and easier.”

8. When you aren’t watching cars, watch the people.
“I’ve had some many people tell us they’ve made great friends down there. Great things can happen at these events. It’s a confluence of people and it’s very social and fun. I’m continually encouraged by people who are not into cars and are not car people but enjoy coming to the event to see the cars and watch the economics of the event. The whole social dynamic and the competitive bidding atmosphere. Looking at people – it’s an interesting study in human dynamics watching these really passionate collectors look at these cars and figure out if they are interested in them. It’s fun. As an observer, just looking at the cars is one thing, but watching the people is also really interesting.”

9. You don’t need deep pockets to enjoy Amelia.
“We try to put in something for everyone. We do have different price categories. There are many cars under $100,000. Those cars are all without reserve. We have cars in the multi-millions, so just a mixture of everything. Newer, older, quite contemporary … We try to offer a broad range of cars from different eras.”

10. If you want to sit in a  multi-million dollar car, just ask.
“Because these cars are often times bringing in pretty staggering numbers and the values are pretty high, people think they are something that is not for them or that they are not welcome to them. We want to make the point that if you’re an enthusiast, if you’re interested, you’re more than welcome to attend our events, watch our events, follow us … You’ll pick up stuff. We encourage that. Don’t be intimidated even if you’re not participating at the price level, you can still be part of it. Car people love to talk and share their cars and are often very open about it. They’ll let you sit in their multi-million dollar car if they can see you are genuinely interested. They’re happy to share.”

11. At Amelia, be on the hunt for originals. “I’m a big believer in condition. Originality, I think, is always something I’m looking for. If it’s between something restored and something original, I would always go original because restorations often, not always, are not done as well as they were at the factory. If you can find a car that hasn’t been touched versus one that had work done on it, the work can look really good if it was done recently but doesn’t age well. With restored cars, I like ones that have been restored for multiple years and have had time to age. You can really see how they were done and if they were done well.”

12. If you plan to bid, go with your gut. “I tell people to follow their heart. Go with what grabs them first and then find something in that range. Don’t put a square peg into a round hole. If you want a Porsche, you should really probably go in that area unless something else really captivates you in a way you didn’t expect. But listen to your heart. Don’t think just about investment. If it’s just an investment, go put money in the stock market. You should be getting some pleasure out of this investment. It’s supposed to be fun and something you can share with your loved ones.”