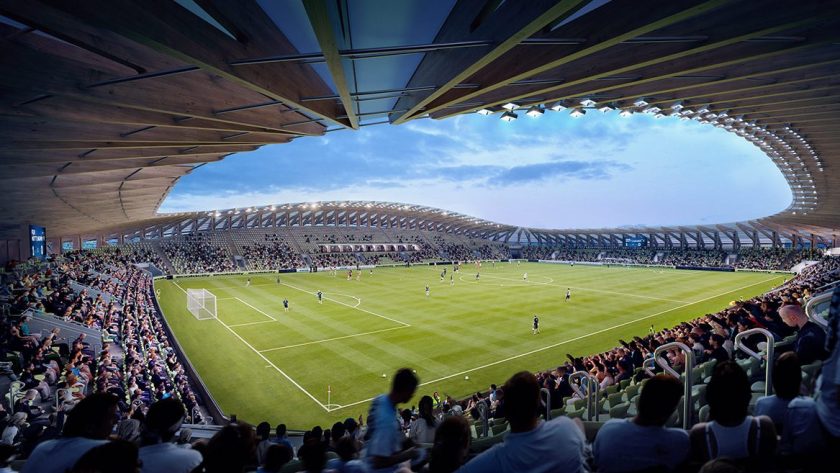 Soccer stadiums are known for their “woodwork,” the nickname given to the goalposts and crossbar at each end of the field.

But soon, an entire soccer stadium in England will be known for its woodwork. Because that’s basically all it will be made from.

Following a seven-month international competition, professional soccer team Forest Green Rovers has selected the winning design for its new stadium in Stroud, United Kingdom. Created by English architecture firm Zaha Hadid Architects (ZHA), the successful bid has something quite special about its materials. 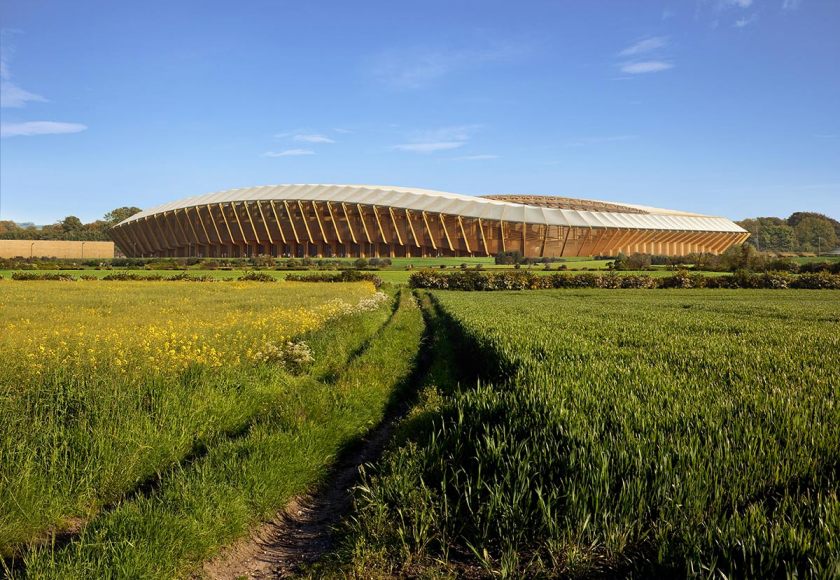 “The really standout thing about this stadium is that it’s going to be almost entirely made of wood—the first time that will have been done anywhere in the world,” said Forest Green Rovers chairman Dale Vince. “The importance of wood is not only that it’s naturally occurring, but it has very low embodied carbon—about as low as it gets for a building material.”

Employing this all-wood strategy, architects and team officials promise this will be an extremely environmentally friendly structure, with the lowest carbon footprint—carbon neutral or carbon negative—of any arena on the planet. “This really will be the greenest football stadium in the world,” said Vince. 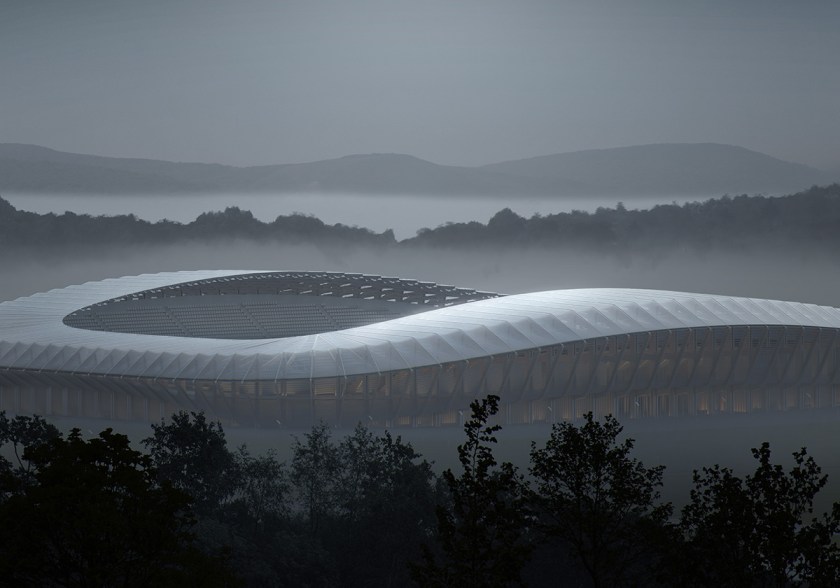 “It will be the first all timber football stadium with almost every element made of sustainably sourced timber,” added Jim Heverin, ZHA director. “As a building material, timber is highly durable, recyclable and beautiful.”

In addition to seating terraces and floor slabs made from timber, the stadium’s roof will be covered with a transparent membrane, which will contribute to turf growth and minimize shadows for players and fans.

And while the stadium will start out with a capacity of a few thousand fans, designers are already planning for expansion. “The stadium’s design incorporates the club’s future growth,” said Heverin. “Initially for 5,000 spectators, increasing to 10,000 with the club’s success, expansion from phase 1 to phase 2 can be achieved without the costs of major construction works.” 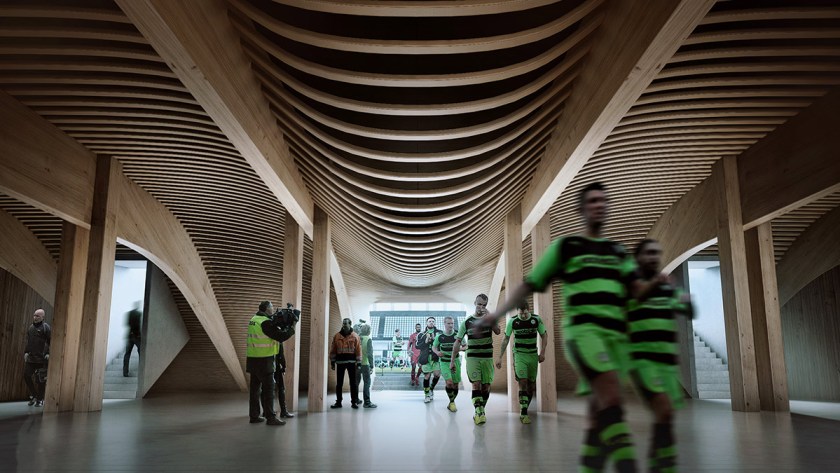 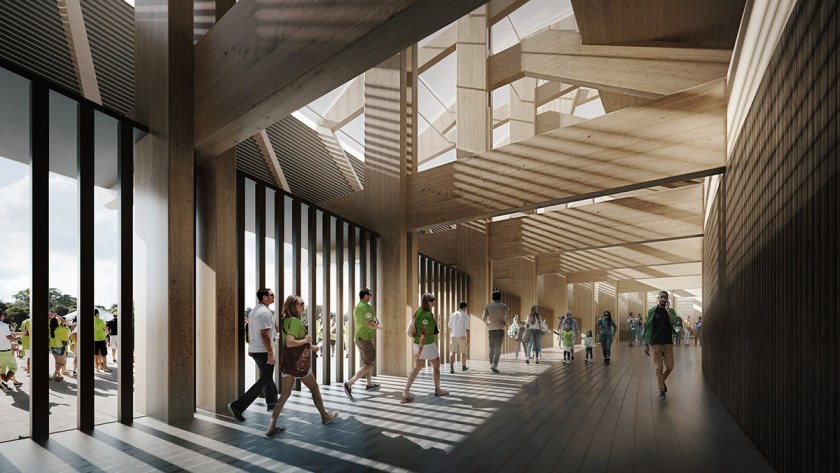 ZHA is no rookie when it comes to sports stadium projects. It designed the Aquatics Centre for the London 2012 Olympics, as well as an ambitious 40,000-seat venue for the 2022 World Cup in Qatar.

A British architecture and design firm founded by British-Iraqi architect Zaha Hadid, ZHA is based in London. Aside from athletic venues, the group works on residential buildings and mixed-use structures, in addition to speciality projects like yachts.

Established in 1889, Forest Green Rovers Football Club plays its soccer in England’s fifth division, called the National League. It is essentially a minor-league team, to use American parlance.

For more information on the stadium, go here.

Pony Pie Is the Bourbon-Soaked Dessert Your Thanksgiving Table Needs
Steely Dan’s Cynical, Moody Masterpiece Hits Harder 40 Years Later
New Documentary Explores What Was Cut From "Planes, Trains and Automobiles"
The 12 Best Beers for Thanksgiving, According to Professional Brewers
The 50 Most Underappreciated Cars of All Time