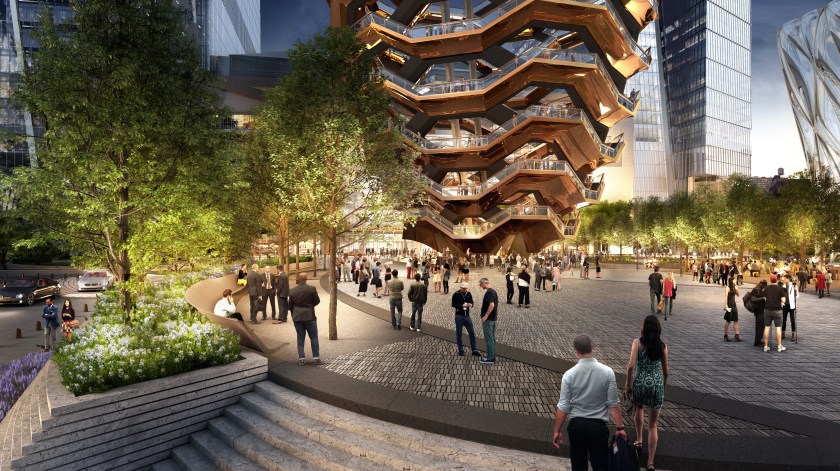 New York City’s soon-to-be-most-popular landmark was unveiled this month—but it’s easier to describe what it’s not than what it actually is. The keystone of the Hudson Yards development, Vessel is neither a building, nor a sculpture.

Designed by Heatherwick Studio, the 15-storey structure resembles something out of an M.C. Escher drawing. Just like one of Escher’s famous sketches, the bronze beehive look-a-like will be filled with climbable steps—2,500 in all—that lead to nowhere. 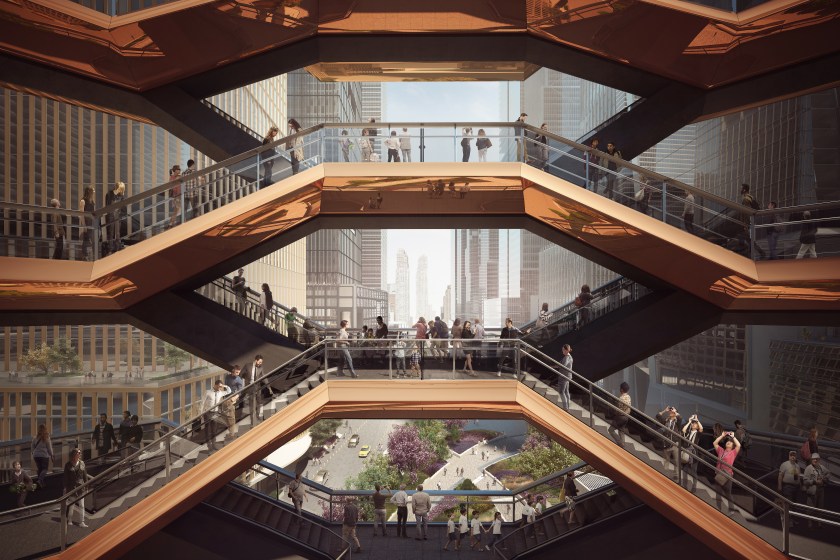 The abstract structure was designed to anchor the Hudson Yards development, which in its second phase of construction, is set to be the largest network of public spaces created in New York City since Central Park. Vessel, which Heatherwick says was inspired by Indian stepwells, seems to be a hit with the City’s mayor, Bill de Blasio, who hopes it will be a magnet for visitors. “This incredible open space will define this neighborhood,” Mayor de Blasio said. “And at its center, this new landmark will become an engaging destination that brings New Yorkers and visitors together.” 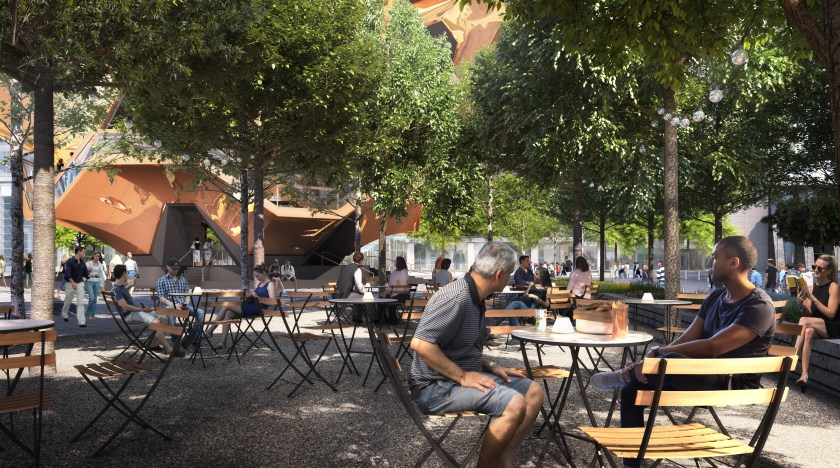 Measuring 150 feet across at its widest and just 50 feet at its base, Vessel is a latticework of 80 platforms interwoven with 154 stairways. Metalworkers certainly have their hands full with the complex steel work, and only a few fabricators in the world are capable of making it, according to Heatherwick. In fact, the structure is being partially constructed in Italy before being shipped to New York next year for completion.

Like the $150 million Vessel, the Hudson Yards plan is unprecedented in scale, the largest private real estate development in U.S. history. The project is converting unused railyards into a slew of residential, commercial, and mixed-use buildings surrounded by 14 acres of public space.

By the time Hudson Yards is completed in 2025, the plaza will connect to the popular High Line and also establish a contiguous biking path along the entire west side of Manhattan. The massive development will be rolled out in segments (see the full plans here). With parts of it open to the public, Vessel and several buildings are slated to be ready by 2018. 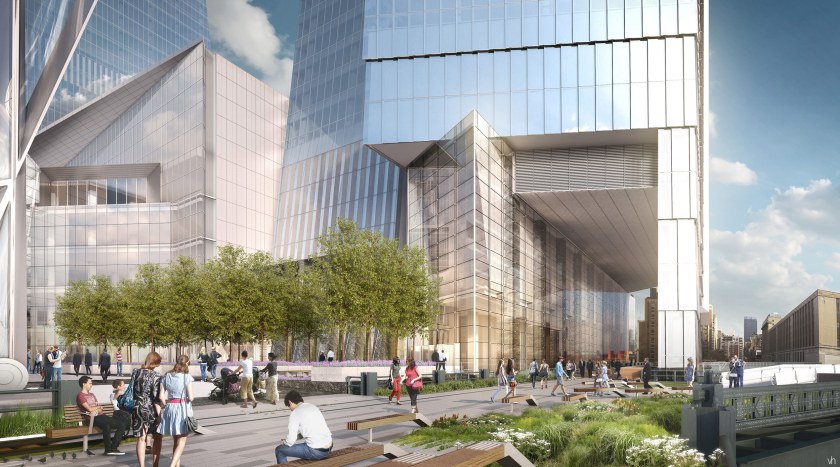 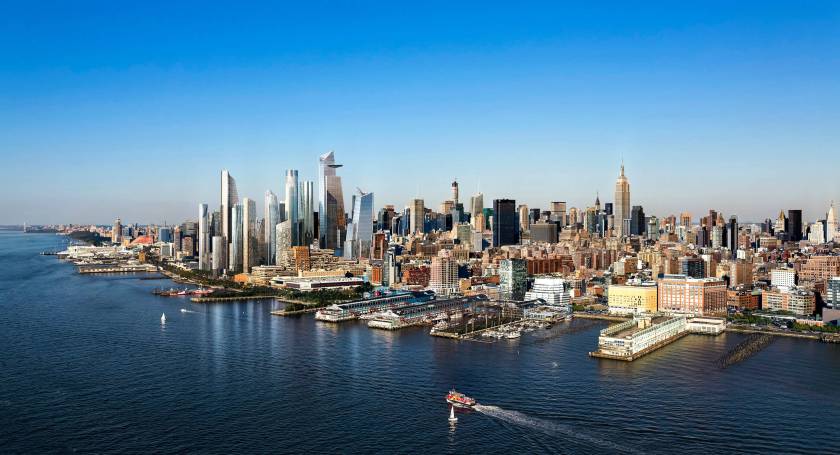 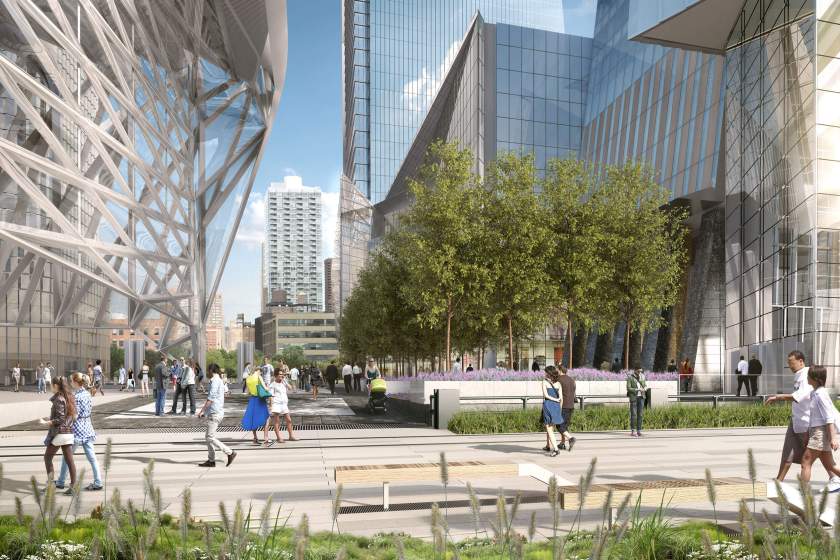 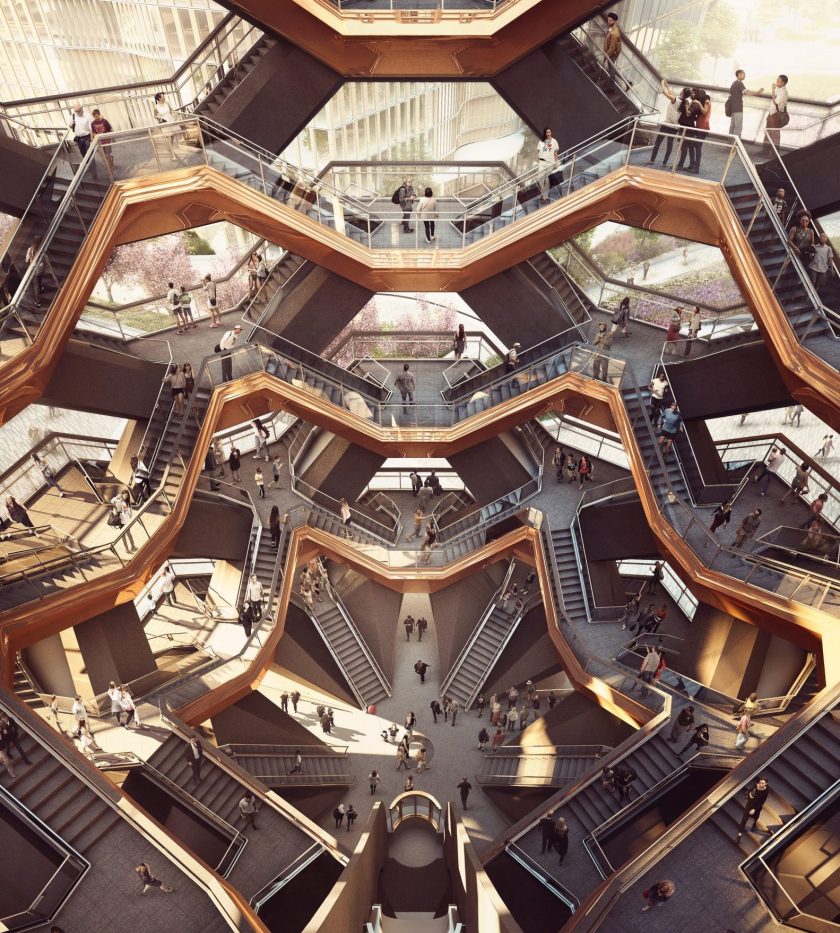 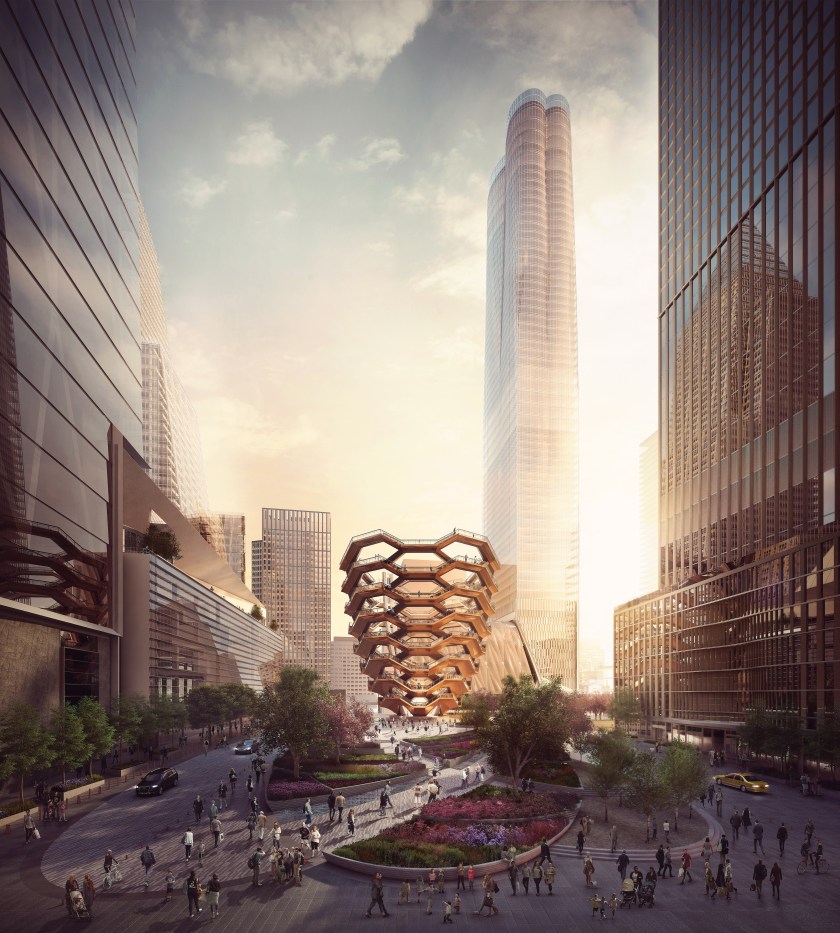