Everything to Do in Costa Rica, Which Is Just as Awesome as You’ve Heard It Is

Adventure, wildlife, luxury — the Central American nation has it all 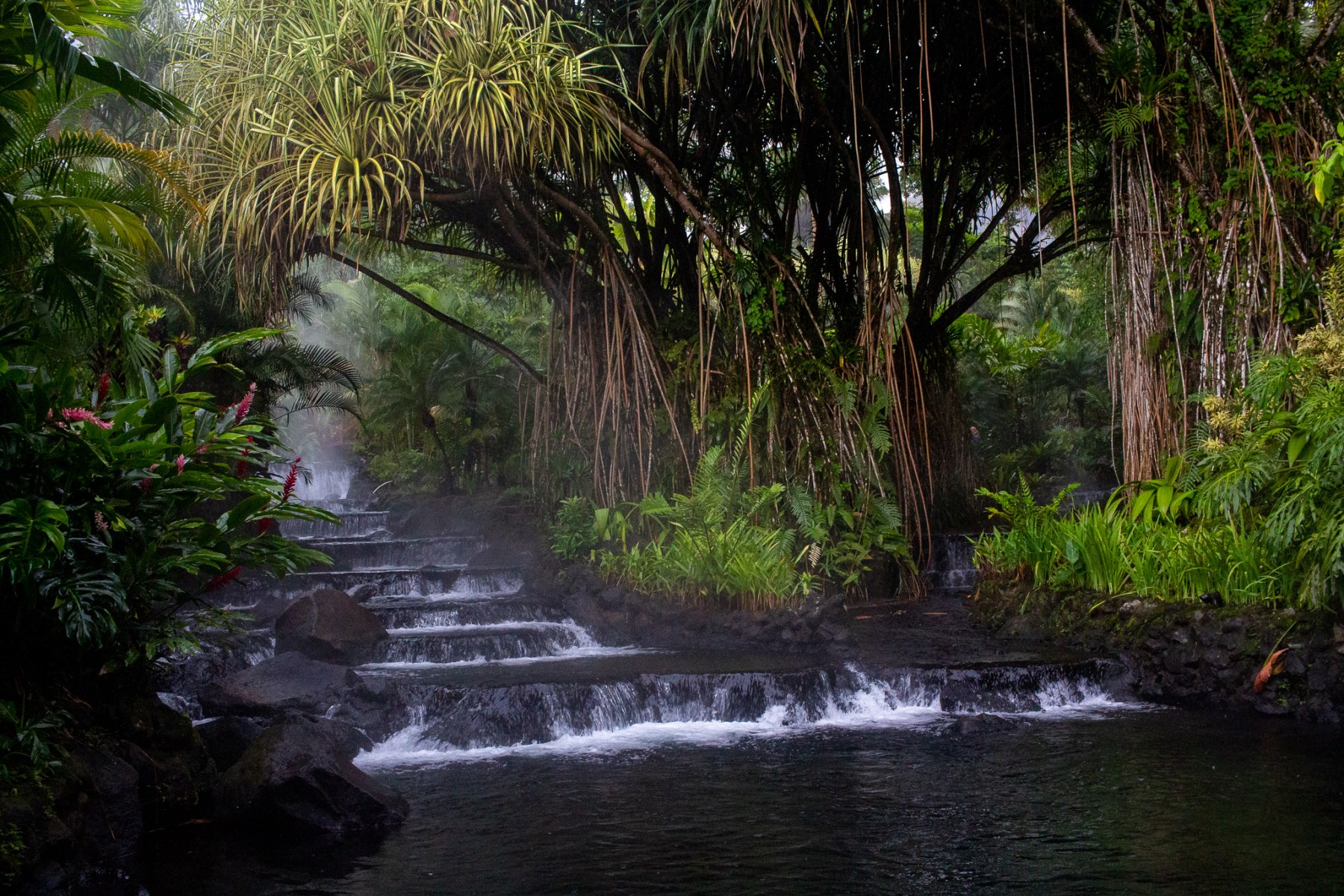 I recently took a weeklong road trip across Costa Rica, the relatively safe, clean and stable Central American nation that has become a hub for American tourists and expats in recent decades.

Was I excited? You bet your culo I was. Costa Rica had long been hyped to me as a bastion of adventure, biodiversity and something called pura vida, a national motto that roughly translates to abiding a simpler, slower, more relaxed way of living. But, I was also a little worried that it would be difficult for the land of the Ticos to live up to its reputation. And the last thing a chronic cynic such as myself wants is to get excited about something — for once — only to be let down.

Costa Rica was not one of those situations. The country delivered in every way I had been promised and more. It was exceedingly beautiful, with 25% of its total land protected (a tour guide quoted me 45%, which I’ve been told includes areas that are privately owned but still set aside for conservation). Costa Rica’s tourism site also claims “to date, Costa Rica has 28 national parks, 58 wildlife refuges, 32 protected zones, 15 wetland areas/mangroves, 11 forest reserves and 8 biological reserves, as well as 12 other conservation regions that protect the distinctive and diverse natural habitats found throughout the country.” So yes, they’re super into nature.

The real boon of all this for travelers is that all that nature is crammed into a relatively tiny land area (Costa Rica is 19,000 square miles; West Virginia, for comparison, is 24,000). There are jungles, cloud forests, mountains, volcanoes, beaches and more, and over a weeklong vacation, you can see them all. Combine that with the fact that Costa Rica is cheap, not too far from any major US Airport (assuming you don’t live in Anchorage or Honolulu) and safer than most Latin American destinations, and you have a surefire banger of a vacation. Not to mention that just about everywhere outside of extremely rural areas, the water is safe to drink, so you won’t have to go through eight million plastic water bottles.

There are countless tour operators offering large group trips that hit the numerous noteworthy destinations. That said, I would recommend you rent a car and travel at your own pace, meet some locals and linger in places you find more interesting than others. Take your time to stop at some sodas, the all-in-one convenience store/markets/restaurants that serve home-cooked food, along the drive.

Of course, having so many options, even in such a small country, can be intimidating, so below, you’ll find recommendations of the places I found most enjoyable, divided into three interest categories: adventure, wildlife and luxury.

Pure Trek Canyoning
Location: La Fortuna/Arenal
Details: This isn’t exactly for the faint of heart. The canyoning trek includes 5 separate rappels between 20 and 170 feet. The first one is the tallest and most daunting, but the instructors are the perfect combination of friendly, funny and professional to help you feel loose but still confident that you’re not going to die.

Sky Adventures Costa Rica
Location: La Fortuna/Arenal
Details: You can’t go to Costa Rica without ziplining. That’s the indelible image everyone associates with Costa Rican ecotourism, and you can’t very well return home without experiencing it. This particular purveyor is great because of their unique cable system, which is easier on the hands than traditional ziplining. You also get to ride up to the first tower (there’s a total of seven that you zig-zag between) on a cable car through the jungle. Word to the wise, though: if you go between May and November — the rainy season in Costa Rica — go in the morning, when it’s less likely to pour.

Manuel Antonio National Park
Location: Quepos
Details: This isn’t the most strenuous of adventure activities, but it’s certainly a worthwhile endeavor. Regarded as one of, if not the, best national parks in the country, Manuel Antonio features well-maintained hiking trails surrounded by rainforest as well as beaches, to which access is granted with a park entrance fee. They keep the capacity to a minimum, only letting in up to 300 guests in at once, so make sure to get there early, especially during high season (December-April). A must is to hike the approximately hourlong loop to Punta Catedral, a small peninsula out into the Pacific where you’ll enjoy panoramic views. Also be advised that you can’t just buy tickets at the gate, as for some incredibly inefficient reason, you need to buy them at a bank in town. Depending on your level of self-sufficiency, it may make sense to stay in a nearby hotel (like Hotel Parador) and book the tour through them, as they’ll take care of all the logistics and can hire you a tour guide, which you’ll probably want since they’re way more adept than you at spotting wildlife. If you do decide to go it alone but still want a tour guide, make sure you hire someone who has their ICT (Instituto Costarricense de Turismo) certification.

La Paz Waterfall Gardens
Location:  Near San Jose
Details: This is a lodge with a nature park/zoo and waterfall-accessible hike. Before you get all up in arms about a zoo being un-eco-friendly, know that most of the captive fauna here have been rescued and are unable to be successfully released back into the wild. That means you’ll find only native species, such as jaguars and other big cats, monkeys, crazy-colorful toucans that you can get right up next to for selfies, butterflies, venomous snakes and many others. The hike to the waterfall through a cloud forest is lush and beautiful and can be completed in around half an hour.

Jungle Crocodile Safari
Location: Tarcoles
Details: While the crocodile tour was right for me, they also offer a bird-watching tour along the river if that’s more your speed. Costa Rica is home to a huge range of avian species, many of which are uniquely endemic to the country; in other words, it’s a bird watcher’s paradise. Birds personally freak me out a little, so I’m more into the crocs, which are American Crocodiles and can grow up to 15 feet in length. They don’t feed the crocodiles on this tour, as they do on many others, in order to promote a more sustainable relationship with them. These things are big and prehistoric, and unless you live in the bayou/Everglades, you’re not going to experience this elsewhere.

Doka Estate Coffee Tour
Location: Poas
Details: Domestic flora is still wildlife! You’ll also probably see some good animals while walking the plantation anyways. If you’re into coffee, this is a great way to see how a small, family-run coffee roaster does things. Amazingly, this is the only plantation in the country not run by Starbucks, so get out there and support local business. The joe is pretty damn good, too.

Whale and Dolphin Watching
Location: Golfo Dulce
Details: The small gulf inside the Osa Peninsula on the southern-Pacific side is one of only four tropical fjords on earth. It is an extremely sheltered environment and is home to populations of humpback whales that migrate to the location in order to raise their calves. The area is great for whale watching because it houses summering whales from both hemispheres, so there are really only a few months sans the big boys (avoid April-July to be confident you’ll see something). Multiple species of dolphins can be found year round as well. I’d recommend staying in a hotel such as Playa Cativo (which we’ll get to below) or Esquinas Rainforest Lodge and going on a tour with them.

Tabacon Grand Spa Thermal Resort
Location: Arenal/La Fortuna
Details: The Arenal region gets its name from the Arenal Volcano, which unlike most volcanoes is a spitting image of a middle-school science-project ‘cano. The resort features more than 20 natural hot springs in varying sizes and formats; you can lie in a lazy stream or swim in a full-size pool with a swim-up bar. An arenal shrouded in fog and smoke looms large in the background, adding a surreal quality to your lounging. Don’t worry though, the volcano is active (hence the hot springs) but not in danger of erupting. This hotel can be a bit pricy, but they do offer day passes as an option. If you would rather do that, I’d recommend staying at Hotel Arenal Manoa, which is nearby, still features hotsprings, a great restaurant and KILLER views of the volcano.

Hotel Parador
Location: Quepos
Details: This is a beautifully designed, multi-level resort built into the seaside cliffs along the Pacific. There are countless options for things to do with beach access, a top-end spa and mini-golf on site along with a gastronomically inclined restaurant (there are some unique options, but it’s not full on Ferran Ádria). The resort is also centrally located, near the well-known Costa Rican surf town of Jaco as well as Manuel Antonio National Park, which as mentioned, is regarded by most as the best park in the country.

Playa Cativo Lodge
Location: Golfo Dulce
Details: This tiny eco-resort, only 18 rooms, is surrounded by a national park and the only way in and out is via boat from the small town of Golfito. The lodge sits right on the beach, with tropical bungalows scattered throughout the jungle. It offers many outdoor activities as well, such as jungle hikes, mangrove tours, whale watching, access to water sports and more. It also grows 60% of its food on its on-premise farm, which you’ll get a tour of upon checking in.