Safe to say it was the ride of his life

Lots of news has come out of Google’s self-driving car division in the last 24 hours.

One small part of this story, though, does more to humanize the company’s efforts than a thousand empty Ubers aimlessly trawling the streets of your hometown.

Unlike its competitors, Google and its corporate parent Alphabet have time and again strategically stopped short at emphasizing the rich awards that await the company in an industry forecasted to net $42 billion a year by 2025, instead taking a more humanitarian route: If cars drive themselves, then we’re all equal in this one crucial arena, despite physical or mental differences.

That’s no doubt why executives are telling the story of Waymo’s first driver/passenger: Steve Mahan, a 63-year-old who lost his vision as a result of nanophthalmos, a genetic condition. Mahan “drove” for 10 minutes through Austin, safe and sound: “No steering wheel, no pedals, no human on board to step in should something go wrong … Google engineers say that Mahan’s uneventful, ten-minute jaunt around Austin, Texas was a key milestone on the road to the news they’re now announcing.”

“It just let me be a whole person again,” Mahan told Wired.

And you thought self-driving cars were just another way for Uber to deliver Eats to you. 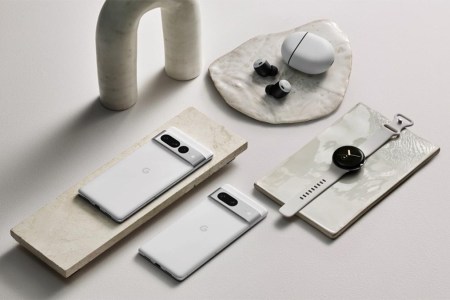