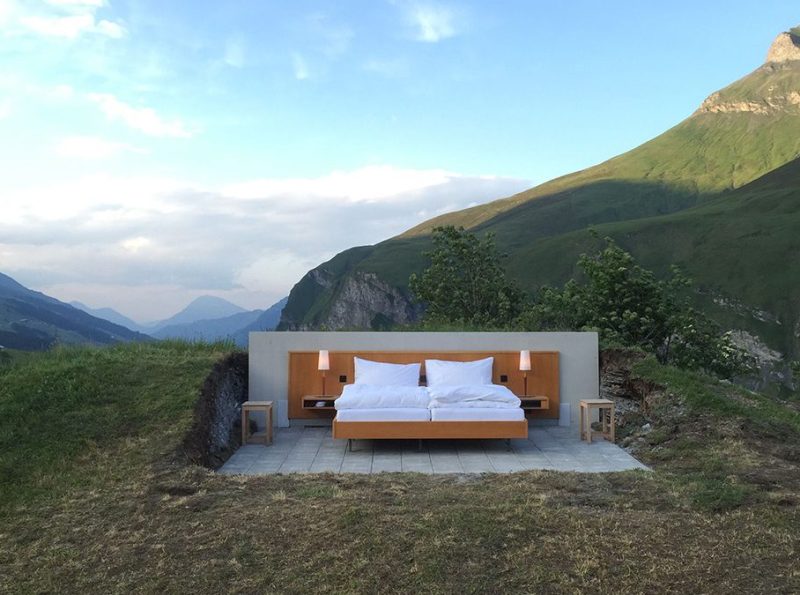 The Null Stern Hotel is the “emperor has no clothes” of travel accommodations. Customers pay for a hotel room with no walls between their bed and a 360-degree view of the Swiss Alps. (As far as we know, there is no refund policy when inclement weather is in the forecast.)

The hotel is located in Safiental, Switzerland, in a corner of the Swiss Alps. It consists of an open-air double bed, some bedside lamps, and little else, apart from a “modern butler,” complete with white gloves and a bow tie. Even though you won’t have a roof over your head, you will get a welcome drink and small breakfast basket. (It’s also unclear how you get there, but it shouldn’t be a problem parking your Falcon 8X at Lugano Airport.)

The minimilist bedroom is the brainchild of conceptual artists, Frank and Patrik Riklin, along with hospitality professional Daniel Charbonnier. A previous incarnation of the Null Hotel in 2008 saw it located in a nuclear bunker.

However, a spokesperson says the fresh air version is altogether a classier experience, explaining “contrary to the nuclear bunker experience, this new version under the stars is 10 times more expensive at [about $250] per night.”

The exposed double bed is available for reservations, and it is hoped that similar beds will be placed throughout the Swiss countryside in collaboration with regional tourism organizations. —Rex Features 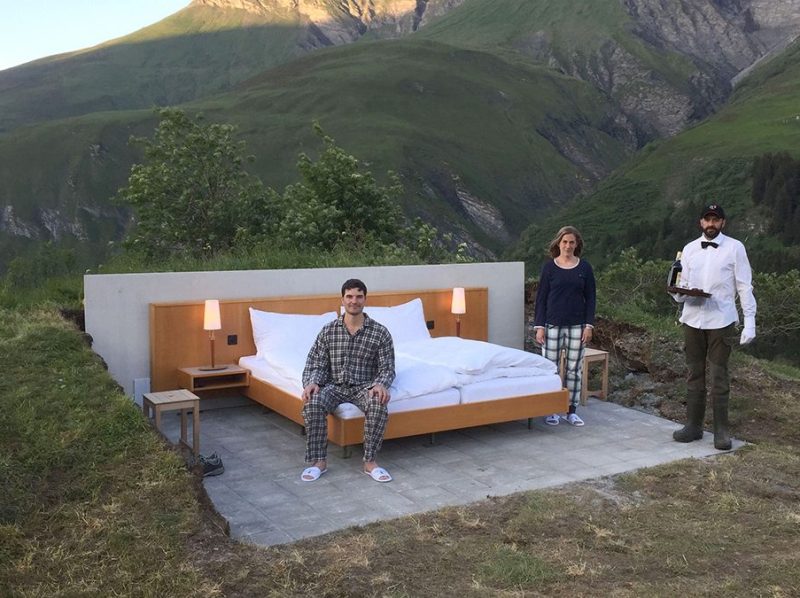 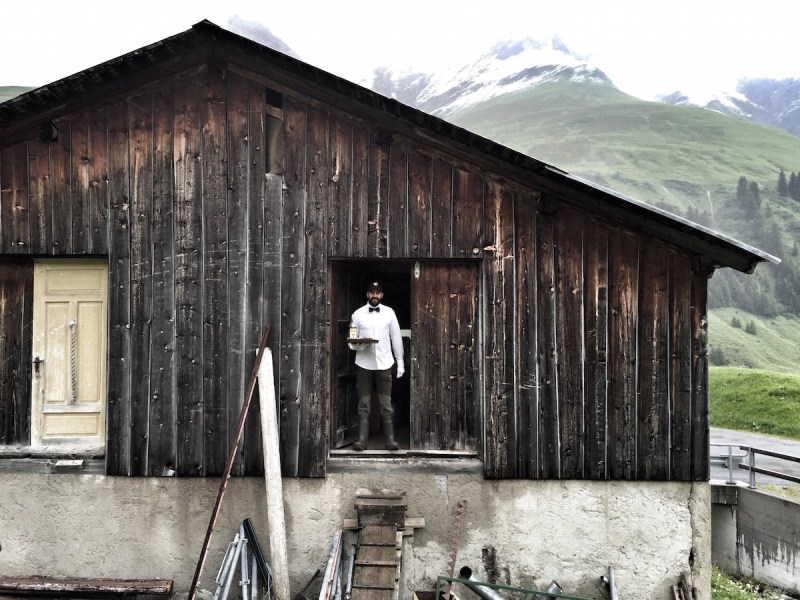