Six pros tell us all we need to take our own.

This month, our friends at InsideHook are launching a once-weekly travel newsletter. What it won’t include: longwinded diaries about backpacking through third-world countries and people “finding themselves.” What it will include: actionable advice on new and intriguing destinations around the world, along with hacks, tips and tricks to help you jetset more intelligently. Sign up for free (and a chance to win a $500 Mastercard travel card) here.

He and the ubiquitous Scottish actor are famous for their long-distance motorcycle tours, including Scotland to South Africa and London to New York (going east).

And today, he’s one of six experts we spoke to in order to compile a list of essential (and beginner-friendly) road trips around the world.

Below: the routes, vehicles of choice, and where to rent them.

Will you start with the Kia in South Korea? Or the Harley in South Africa? 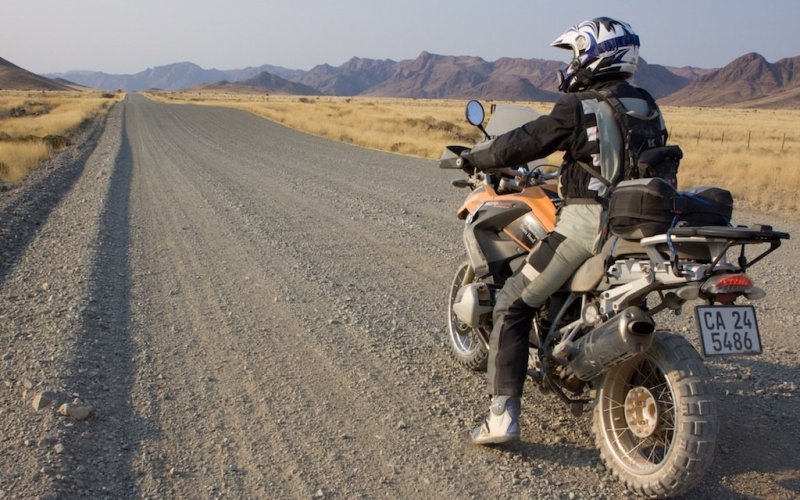 Recommended by: Charley Boorman, actor, travel writer, TV personality and motorcycle fanatic who hosts three expeditions a year — one in Australia and two back-to-back in Africa — based on his famous world-crossing trips with friend Ewan McGregor that were captured in two TV series and books called Long Way Round and Long Way Down. More recently, he traced his passion for motorcycles from his childhood (his father is director John Boorman of Deliverance) to today in the memoir Long Way Back.

Details: “I came up with this idea of going from Cape Town to Victoria Falls through South Africa, Namibia, Botswana and Zimbabwe, and doing a 16-day tour. We stay in the most beautiful places and take people on safaris and they ride beautiful gravel roads and tarmac [paved] roads. There’s a big enough amount of gravel for it to be a bit of a challenge, but it’s not impossible to do. Anyone with a bit of riding experience can do it.”

Why you recommend it: “About nine years ago, I came up with this idea of taking a bunch of people through Africa on motorbikes. I wanted people to experience Africa, because I absolutely love the place. It’s the only place in the world where you can be riding along and you have to stop because 40 or 50 elephants are crossing the road. Every day you see kudu and dik-dik and giraffes, it goes on and on and on.”

What’s different about the Australia tour: “It’s a shorter tour, and it’s all on tarmac. You start in Melbourne and then you go all the way through Tasmania. Anybody who has a license can do that.”

What you should drive: Boorman’s expeditions have a list of bikes available. The September 2019 trip from Cape Town to Victoria Falls has a BMW F 800 GS still available, and the Victoria Falls to Cape Town trip has BMW R1200 GS, F 800 GS and F 800 GS Adventure slots still open.

What to bring: “I always bring baby wipes because you never know when you’re going to get stuck in the middle of nowhere. The other thing is one of these silk liners you slip into your sleeping bag. Balled up it’s next to nothing, and bed bugs can’t go through silk, so you get a little bit of protection. I’ve been traveling through India and ended up in a little hotel and the bedroom just looked a bit … sh*t, really. I thought, I don’t really want to sleep in that bed, and got my little silk liner out. Perfect.”

Details: “The Garden Route is a world famous stretch along the eastern coastline starting 120 kilometers from Cape Town and extending past the coastal town of Knysna and 100 kilometers on. Knysna is a popular overnight stop with superb accommodations at the small boat harbor and many activities. Then on to Oudtshoorn, joining up on Route 62 (the South African equivalent to Route 66), overnighting in either Montagu or Franschhoek (the best wine farms), and looping 90 kilometers back to Cape Town.”

Why you recommend it: “The rider has an option of not only riding sealed pavement but also plenty of gentle gravel track, which is the only way to access the many fisherman villages. The ride includes twisty mountain passes and dramatic scenery on the return loop via Route 62.”

A can’t-miss pit stop: “For the more adventurous rider, a shark-cage diving experience at Gansbaai is a must. Alternatively, the highest bungee jumping site in South Africa is halfway along the trip. For the average rider, Angie’s G Spot on the way up and Ronnies Sex Shop on the way back home — both good clean fun spots where everyone hangs out for a snack and a beer.”

What you should drive: “Any GS is the weapon of choice.” The shop can help you choose depending on what types of roads you want to take, but the bikes range from the BMW F 800 GS Adventure to the Harley-Davidson Sportster 883.

Details: Andreev lives in Bulgaria, so his trip began in Sofia, Bulgaria and ended in Sibiu, Romania, which is one option. For Romanian-specific routes, you can’t go wrong starting in Bucharest, heading up to Pitești, then along Transfăgărășan to Sibiu, and round to the infamous Transylvania before heading back. Important to note: the road is closed during most of the year because of snow, generally October until the end of June, so plan this one for summer 2019.

Why you recommend it: “For us it was the breathtaking panorama all along the road. I generally love driving through curvy mountainous roads not only because of the views, but also because of the adrenaline. Moreover, this road also has a historical value; it was built by former dictator Nicolae Ceaușescu and is something like an engineering madness.”

A can’t-miss pit stop: “The most visited place is probably the scenic Bâlea Lake. However, I think the Vidraru Dam is also worth a stop. And you can take your time enjoying the marvelous views on the top of the mountain, somewhere in the middle of the road [pictured above].”

What you should drive: You’ll want some oomph, of course, but as Romania is (most likely) well out of the way of your normal travels, you’d do well with English-language friendly rental company Sixt and nabbing something along the lines of a BMW 3 Series.

What to bring: “GPS is essential for road trips, and I also never go anywhere without my camera and photography equipment.”

Check out the other three road trips at InsideHook.