It's in a 400-year-old silver mine. Nothing spooky about that.

A bed, two chairs and a table. And if you believe in ghosts, four hundred years of miners’ voices echoing into eternity. That’s what’s on offer at the Sala Silver Mine Suite in Sala, Sweden. Once the country’s most important and productive silver mine, it was picked clean in the 20th century, at which point it was given new life as a museum and a single-room “luxury” destination suite.

Luxury seems a somewhat generous term, considering the amenities begin and end with the above list, cold-ass trips to the portapotties not included. But if you’re a thrill-seeker or a bucket-lister, you’d be remiss to pass up on this.

The room itself took more than ten years to carve out using the time-consuming mining process known as fire setting. At 508 feet underground, you might expect near-glacial temps, but the temperature hovers around 65 degrees. You’ll still need some cozy duds for the trek to the aforementioned porta potty, though. Out there it’s closer to 30.

The mine itself is almost 1,000 feet deep with 12.5 miles of tunnels, and the Sala suite is but one of its caverns. Others host cave-diving expeditions and tours.

There are also 14 rooms at ground level, but if you’re heading all the way here, we suggest going full force. Book the room. It’s about $660 a night, and it sleeps two.

From a guest review on TripAdvisor: “You are completely cut off from the outside world, and there are no other guests, so it’s not for nervous souls.“

Don’t bring your phone, it won’t work. Do bring a book and make sure your guest is someone you trust. Things could get spooky. 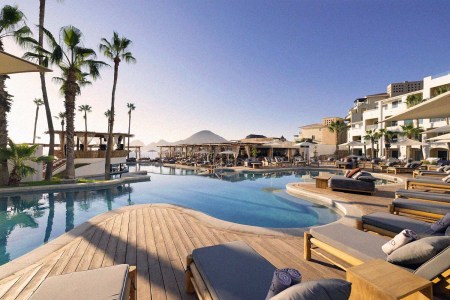