Water sports, tall tales and an excellent wine cellar await you at this Caribbean property 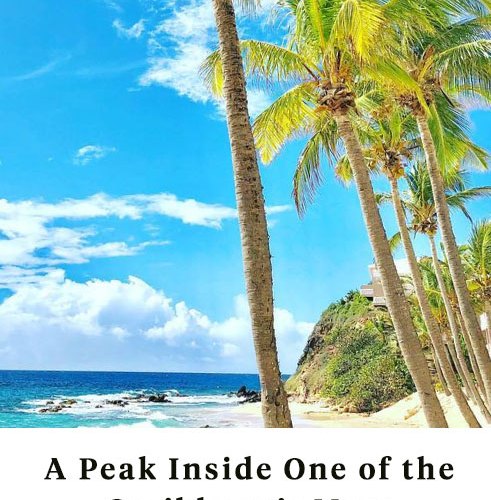 While it seems to American travelers like Caribbean tourism has been around quite literally forever, it really only reached critical mass in the mid ‘60s, when efficient air travel first became an affordable option for the growing middle class.

Curtain Bluff and its late founder, Howard Hulford, were well ahead of the curve, scouting properties around the region before completing a small property on the island of Antigua in 1962. Hulford was later knighted by the Antiguan government for his contributions to Caribbean tourism, and the resort he built — Curtain Bluff — is still standing today, though it’s changed a good deal from the 22-room residence that first opened doors more than five decades ago.

Curious to check in on how a legacy hotel with a rich history fits in with today’s megaresorts, we recently headed to the Lesser Antilles for a weekend stay.

Curtain Bluff, as its age would suggest, is one of those old-school resorts that are fewer and farther between in the days of Instagram influencers and the trendy homogeny they’ve ushered in. That’s not to say you’ll leave without beautiful vacation pictures for the ‘gram, but rather a commentary on the distinctive atmosphere the resort has created. That owes to Curtain Bluff’s matriarch, Chelle (pronounced like Shelly), the wife of the late Hulford and in my approximation something like an island version of New York style icon Iris Apfel. She lives on the property in an incredible home overlooking the ocean, where she hosts guests every Wednesday for a cocktail hour.

It’s also likely you’ll meet Rob. He’s been living on the island and working for Curtain Bluff for 40-plus years, first as the do-it-all right-hand man to the late founder, and currently as the property’s Managing Director. He’s a no-filter type of guy who shoots from the hip, from stories about partying with The Stones at the hotel back in the ‘80s to telling Yo-Yo Ma to keep his rehearsing volume down.

You’ll undoubtedly feel like you’re on vacation, but will quickly learn about the history and lifeblood of the place, which is probably why they have so many returning guests who make the pilgrimage back at least once a year.

Since its opening, Curtain Bluff has undergone many rounds of upgrades and renovations, with some still underway. The property currently features a total of 72 rooms, including four large suites known collectively as the Hulford Collection. All of these just completed a restoration with some form of jacuzzi or infinity pool on a private balcony. A handful of other rooms occupy space along the bluff, and the remaining 58 are all beachfront. Those are all deluxe rooms or junior suites; I stayed in a junior suite with a sliding door that literally opened onto the beach.

The rooms are all festooned with simple yet elegant island-themed decor, expansive bathrooms and butter-soft linens. The queen beds are super comfy and most are great for family travel since you have the ability to separate them into two twin beds (without the uncomfy division in the center of the bed that can be common with that setup). Every room has air conditioning, as well as a fully stocked snack bar and fridge, all free of charge.

Generally when we think of vacations to the Caribbean and the word all-inclusive we think of sprawling resorts filled with people who just want a beach and included (read: bad) piña coladas.

Curtain Bluff is not that. While it’s certainly not for those traveling on a budget (rooms on the low end will run you in the high hundreds), it is an all-inclusive place. Now all-inclusive doesn’t always have to be a dirty word, and it certainly isn’t here. The food uses regional ingredients to create both Caribbean and international cuisine. The head chef trained under Alain Ducasse (holder of three Michelin stars) and you can order to your heart’s content without limitations or upcharges or stale buffet food or any of that other malarkey that makes dining at all-inclusive resorts a crapshoot. They also don’t nickel and dime you on the booze part: order whatever, whenever you want. The only thing you have to pay for is wine from from their extensive cellar, which is touted as the largest in the Caribbean. They have more than 15,000 bottles and 450 vintages to choose from, some from as long ago as the ‘70s.

If you’re not there just for the relaxation and included food, you’ll surely find something in the countless activities and amenities the resort has on offer. There are two separate beaches on the property: one a bit rougher (known as Surf Beach) and the super tranquil (Bay Beach).

The property offers an absurd amount of complimentary activities if you’re looking for something a little more than just boozing and tanning (not that there’s anything wrong with that!). There are four championship tennis courts on premise and they actually have a handful of annual “tennis weeks” each year. While playing is free, lessons will cost you. There’s also a squash court designed for international play, pickleball court, half-court basketball and a fitness center with regular classes, including yoga.

If you’re more into water activities, Curtain Bluff offers daily snorkel and scuba excursions to nearby reefs (literal 10-minute boat ride). Sailing, water-skiing and sea kayaking are also all available at the request of guests. If you aren’t currently SCUBA certified, the resort recently received their PADI certification, so they can offer classes (for a fee) to get you up to speed and swimming with the fishes in no time.

Curtain Bluff also features a spa with just about any and every treatment you would expect. Spa treatments are not included with your stay, but well worth it considering you can get a massage overlooking the ocean with a soundtrack of waves tumbling into the bluffs. I may or may not have drifted off during my hour-long session.

In a fair assessment of my stay at Curtain Bluff, the drawbacks are few and far between. The rooms are incredibly comfortable and well furnished, the food and drink is great, the activities are numerous and the staff is helpful and friendly.

As mentioned before, it’s not exactly a bargain hotel, but it’s also not a property targeting the global jetsetting elite. With so many returning guests, there’s a good portion of the year (especially around the holidays of Christmas and Easter) where the property is entirely full, mostly with guests who have turned holidays at Curtain Bluff into a yearly event.

One (potential) downside I’d point out is that there isn’t much in the way of local culture outside of the resort to experience. Whether that matters to you is obviously down to personal preference, as I’m aware most Caribbean travelers are looking for more of a “how to disappear completely” vibe. Same goes for those looking for a party property. There is plenty of boozing and live music on the grounds, but it’s more of a mature-adults-having-fun scene than a spring-break-forever one.

What really set Curtain Bluff apart for me was its commitment to cultivating a sense of community. As mentioned, some families have been coming there for decades, and the same goes for employees, with plenty of them pushing three decades working there. You’re likely to have the owner or general manager sit down with you for a meal and explain the history of the place and genuinely ask you about yourself over the course of your stay.

If you’re looking for debauchery, or, conversely, complete solitude, Curtain Bluff probably isn’t for you. But if you’re looking for something in-between, where you can eat and drink well, do some outdoor adventuring and spend some time relaxing and meeting friendly folk under the blue skies of the Caribbean, it’s a superb option.

Related:
Can the All-Inclusive Resort Survive in the 21st Century?
Review: The Nobu Los Cabos Brings Hollywood Glam to Baja
Why Eleuthera Island Is the Caribbean’s Best-Kept Secret