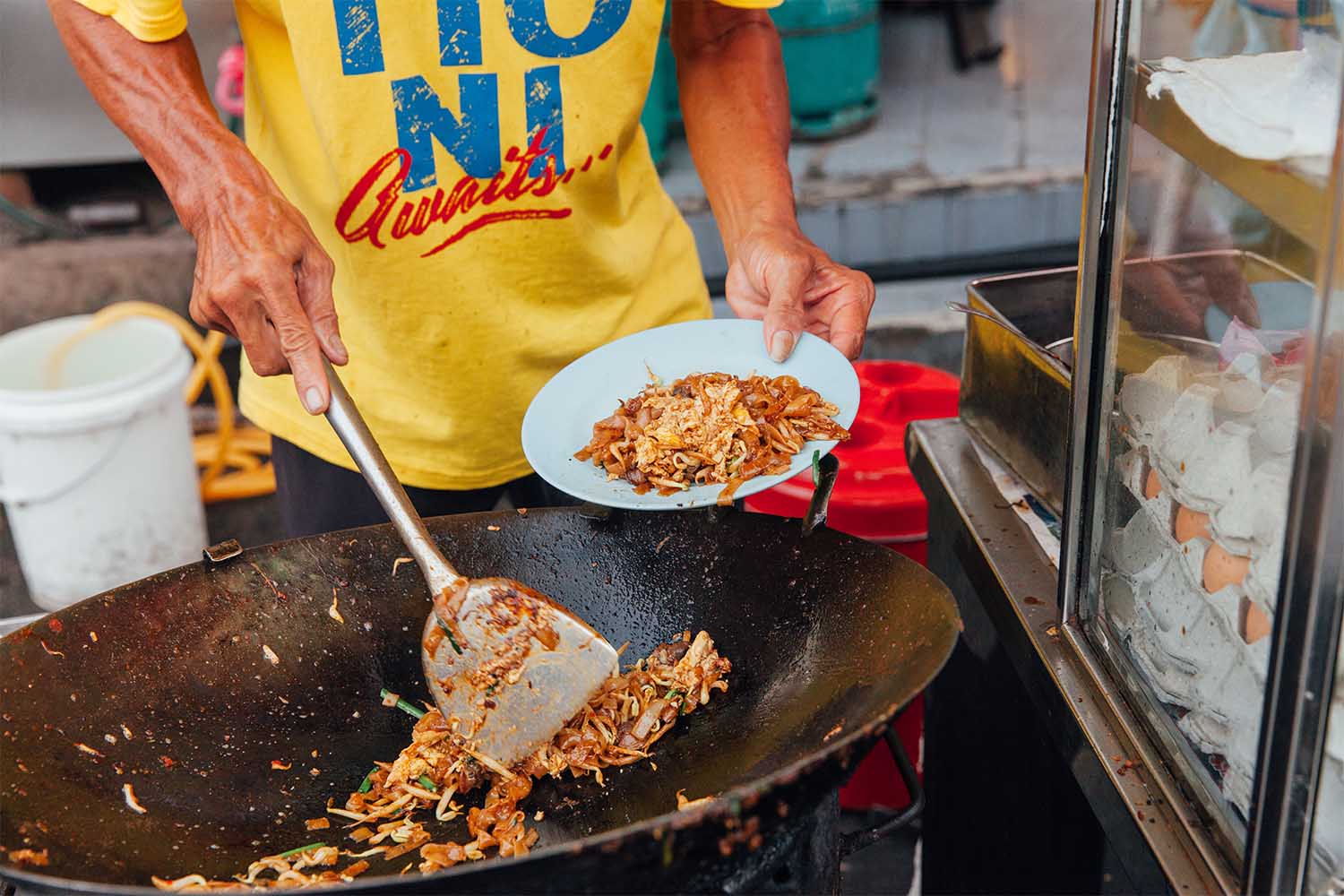 Located in the Strait of Malacca just off the coast of mainland Malaysia, Penang Island is the type of place that will haunt you forever.

You’ll have flashbacks of sizzling woks that hold tender rice noodles mixed with shrimp and duck eggs; of aromatic soups with spices and freshly caught mackerel; of colorful curries smothering plates of rice. Just take it from the late Anthony Bourdain, who affectionately remarked during his visit to the island that “This part of the world really messed me up.”

Before you can scratch the surface of the complex culinary tradition here, though, you have to take a step back.

Roughly one third of the world’s maritime traffic passes through the Strait of Malacca. The narrow corridor between the Indonesian island of Sumatra and the Malay Peninsula connects the Indian Ocean with the South China Sea and Pacific Ocean beyond. Recognizing its strategic importance, the British East India Company laid claim to the tiny island located at the mouth of the strait in 1786.

Merchants from China, India, Europe, and the Middle East soon descended upon the newly established port, bringing with them their own flavors and cooking traditions. Add a handful of regional ethnic groups to the mix, including Malay, Thai and Peranakan, and you have the recipe for one of the world’s greatest street-food traditions.

“Nowhere else do you find such a casual convergence of ingredients, flavors, and ways of eating,” explains James Oseland, the former editor-in-chief of Saveur who lived in Southeast Asia for over 20 years and is currently writing a cookbook series called World Food. “I think my favorite meal in Penang is breakfast,” he tells us.

The author’s previous book, Cradle of Flavor: Home Cooking from the Spice Islands of Indonesia, Singapore, and Malaysia, won the James Beard Foundation Book Award, and when he recalls Penang, there’s a tangible excitement in his voice that suggests he’s experiencing one of those flashbacks. “When I’m there for an extended period, I vary it wildly from day-to-day knowing full well that each is going to be excellent. One day, I’ll have the classic roti canai — the Indian bread — along with a delicious curry, and then the next day I’ll have a classic Chinese breakfast of stir-fried noodles, which are just magnificent in their delicacy, and then the next day I’ll have the best coconut rice that I’ve ever had topped with a perfect sambal and a hard-boiled egg.”

Part of what makes the island so unique is that if there’s one quality shared by the diverse population, it’s they’re discerning eaters no matter their culture or socioeconomic status. As Oseland has observed, “Penangites have an obsessiveness about eating that you’ll find very few places on earth. Whether they’re at home or eating outside, there’s this pursuit of eating only the best things possible every single day, and it crosses all social strata.”

It’s an obsessiveness that goes both ways. Kyo Pang, the chef-owner of Kopitiam in Manhattan’s Lower East Side who grew up on the island, points out that, “Some people say Penang chefs have attitude, but I think it’s personality. They know that they’re good at it and all they want is to give you the best food they can, but they don’t care about how happy you are. They care about the food. You can wait an hour for one dish, which is very common in Penang because everything is made fresh.”

Pang, who was named Eater NY’s 2018 Chef of the Year (no small feat considering she has no formal culinary training), recalls food as the foundation of her community growing up, whether she was helping out in her family’s restaurant or scouring the island with her father in search of the best bee koh moy, a dessert made from black sticky rice and coconut milk.

“Almost every family is involved in the food business, and some of them have been doing it for generations,” she says. “That’s why Penang is the food paradise of Asia.”

If you’re on your own pursuit of the best dishes on the island, here are a few places you shouldn’t miss …

The tangy noodle soup is ubiquitous, but if you’re looking to get your bearings before diving into the street food then this quaint restaurant is the place to start. A thick fish broth, shrimp paste and a medley of herbs and spices blend together, awakening your palate to flavors you never knew existed.

Nasi kandar is perhaps the quintessential Penang dish, and you won’t find any better than at Deen Maju’s. Don’t be turned off by the queue, because all will be right in the world when you hunker down with a heaping plate of rice and grilled meats sopped in an assortment of curries.

Tek Sen’s signature double roasted pork might be the reason this restaurant is constantly overflowing with locals and tourists alike, but there’s a wide variety of Chinese and Peranakan dishes to please everyone in the group.

A trip to the hawker stalls at Genting Café must be done on an empty stomach, because you’re going to want at least two dishes. The char koay teow (a stir-fried noodle dish that’s pure Malaysian comfort food), and chee cheong fun (slippery rice noodle rolls doused in a peanut-butter sauce) are nothing short of a revelation.

Consisting of coconut rice topped with a spicy sambal, crispy anchovies and a hard-boiled egg, nasi lemak is perfection wrapped in a banana leaf. Head to Ali Nasi Lemak and take your place in line like everyone else. 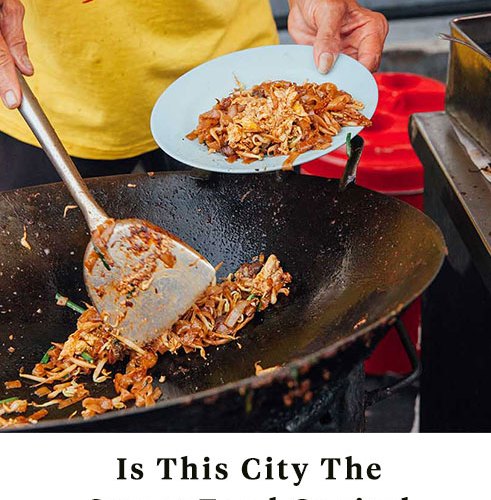