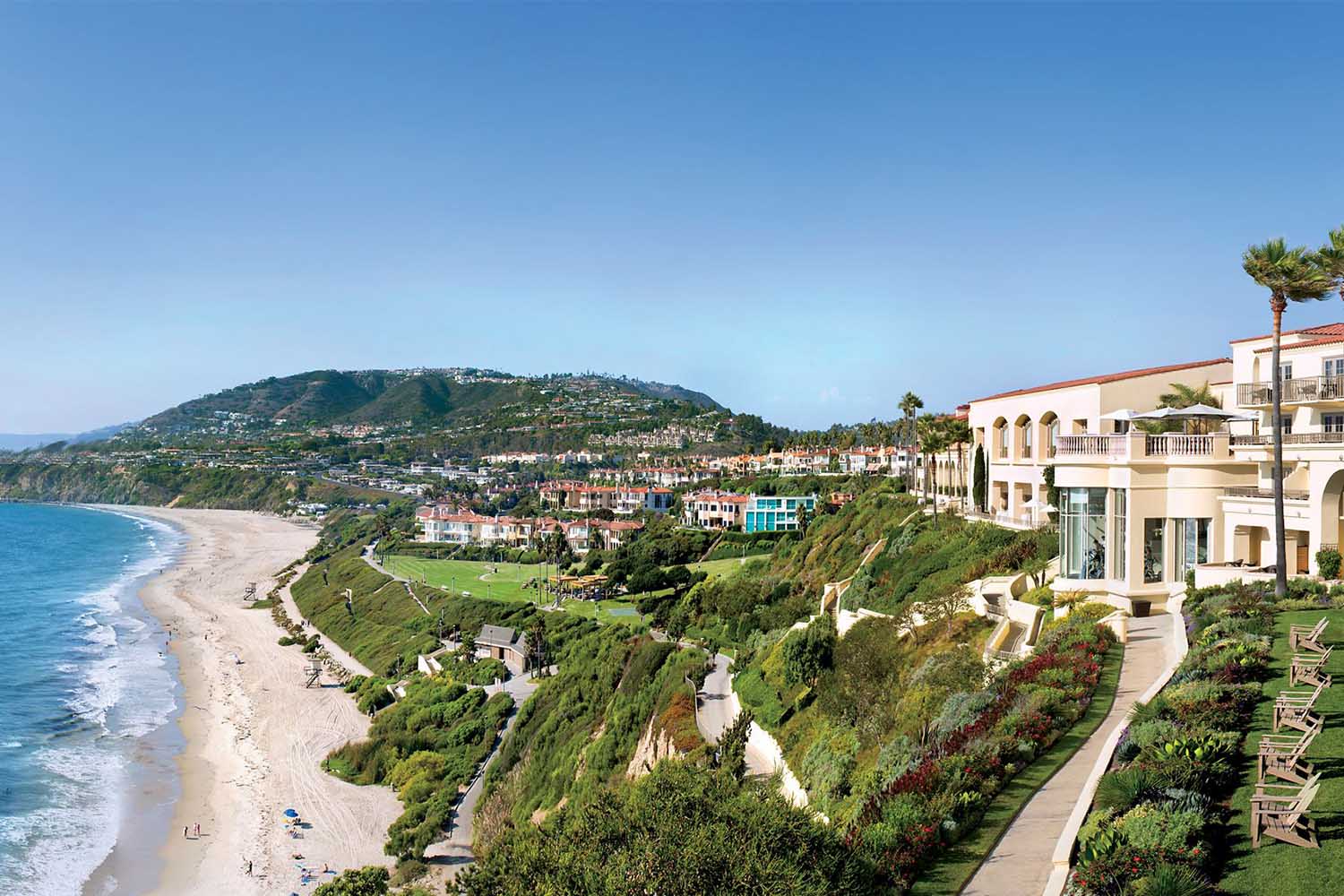 The Ritz Carlton, Laguna Niguel is one of more than a thousand hotels you can stay at via the Marriott Bonvoy rewards program.
By Eli London / January 18, 2020 5:16 am

Last year, Marriott launched its updated customer rewards program, Marriott Bonvoy. The catalyst for this relaunch was the merger between Marriott and major competitor Starwood in mid-2018, which resulted in three distinct rewards programs now living together under the same roof: Marriott Rewards, Starwood Preferred Guest and The Ritz-Carlton Rewards.

Members earn points by staying at any of the 30 hotel brands under the Marriott umbrella, with (almost) no restrictions on where you can redeem those points. This means that even if you only stay at one of their lower level hotels (say, a Fairfield) but you do it often enough, you can earn points to stay, for free, at one of their luxury hotels (say, a Ritz Carlton).

While every hotel conglomerate and chain has its own extensive loyalty program that follows a similar model, Bonvoy seems to be pretty widely regarded amongst industry insiders and experts as the best one. U.S. News likes Bonvoy for accommodating “both business and leisure travelers” and CN Traveler says “you can essentially throw a dart at a map and find a hotel where you can redeem your points for a free night.” The common thread among their praise tends to follow two narrative: A) the sheer breadth of their properties in terms of both budget and geography is second to none, and B) they offer myriad ways in which customers can both earn and redeem points. Wallethub recently did a very thorough analysis where Bonvoy actually came in fifth based on pure value attained by the rewards program, but the four brands ahead of it (Best Western, Choice, Radisson and Wyndham) might not pass the muster with more discerning travelers.

Just like all other loyalty programs, your status at Bonvoy is broken down into tiers based on how many nights you spend in Marriott properties throughout the year. Once you’ve stayed 10 nights in a year, you hit the first tier — known as Silver Elite — and the perks begin to pile up (think points bonuses and late checkouts). As you stay more nights and your status improves, so too will your points bonus and perks. You can see what comes with each tier here. While your status is not determined by how much you spend on stays, your points earnings are. At base level, you earn 10 points per dollar spent (save for a few extended-stay chains) for your stays as well as any on-property dining, drinking and amenities.

An added bonus of this is that you can spend your year staying in Courtyards and earn enough points to stay in a Ritz free of charge. The con is that, well, it’s pretty damn tough to rack up enough points to book a meaningful stay.

There are more than 7,200 properties in over 134 countries where you can use Marriott Bonvoy points to book a night at across a very wide range of luxury levels. As stated before, this is one of Marriott’s major selling points. So while there may be other hotel conglomerates with similar, or even more, hotels in their portfolio, Marriott really does have the widest array of options across the globe. Another great perk is that if you redeem four nights in a row, you’ll get the fifth free of charge.

Late last year, Marriott announced one of their more unique programs: Eat Around Town. The program is pretty much what it sounds like: when you eat at participating restaurants as a Marriott Bonvoy member, you can earn points for every dollar spent. This isn’t one of those programs that’s just for PR purposes but isn’t actually useful, nor is it one that is only useful if you’re able to eat at the most expensive restaurants in town. As of this publication there were 900+ restaurants in New York, 450+ in Chicago and 380+ in Miami amongst many other cities. There are more than 11,000 participating restaurants nationwide, and they cover a whole spectrum of price points, from inexpensive pizzerias to the nicest white-tablecloths in town. You can search what’s available in your city here.

It also features it’s Bonvoy Moments program, meaning you can use your earned points to purchase and/or bid on what they call “extraordinary experiences,” some of which are pretty cool: there are a ton of rewards surrounding the Super Bowl in Miami, like a package that includes a Stadium tour, special guest private concert and suite access to watch the game. That’ll cost you over a million points, so unless you’re a hardcore business traveler or spend years saving, well, don’t count your chickens. Other “Moments” — like touring a market with a notable local chef — are more attainable.

Bonvoy also offers quite a few other ways to earn and/or redeem your points that aren’t unique to their loyalty program. For example, you can exchange points earned for airline miles. They also offer quite a few of their own credit cards that earn you points on any and all purchases made. They also have Marriott Bonvoy Tours & Experiences, which is essentially Marriott’s answer to AirBnb experiences. They work with an agency called PlacePass to source tours and experiences in all of their locations, so while these aren’t designed by Marriott, they are sourced by a consistent and reputable partner.

Where It Falls Short

There isn’t a whole lot wrong with the Bonvoy program in general. A few of the complaints and downfalls seem to come in the realm of a “No Blackout Date” policy that doesn’t seem to be entirely true, with random hotels qualifying as exceptions, and others manipulating their inventory. It also appears that through the merger, there have been issues with consolidating and reconciling points from the disparate programs that were brought together. There’s even a site called Bonvoyed for people to air all their grievances when it comes to issues with the new program. So, as a user, you need to be vigilant about making sure and double checking that your points are being counted properly which is a very annoying thing to have to do with a loyalty program.

In addition, as mentioned earlier, Bonvoy comes up short of some other programs when looking at pure monetary value of points versus money spent, but makes up for it in the fact that they have a wider array of mid-tier and high-end offerings. Also, unlike some other programs, points will expire after 24 months of non-activity (meaning booking or redeeming).

Marriott Bonvoy, just like all of the other hotel loyalty programs, has its pros and cons. Many of Bonvoy’s problems stem from their merger with Starwood, which in all reality should have been solved by this point. But when merging programs with over 100 million combined members, you’re bound to hit some hiccups.

That said, with extra ways to earn points (like Eat Around Town), redeem points (like Bonvoy Moments) and one of the most diverse hotel offerings across the world, Bonvoy lives up to the hype.

Just keep in mind that really matters more than any of this analysis is where you, as a guest, prefer to stay. If you only like staying in Hyatts, then the Marriott Bonvoy program matters nothing to you. But if you’re looking for a flexible program that will work for both business and pleasure and is free to join, you’ve got nothing to lose trying it out.