The catch? To take advantage of this new travel app, you’ll need a lot of friends. 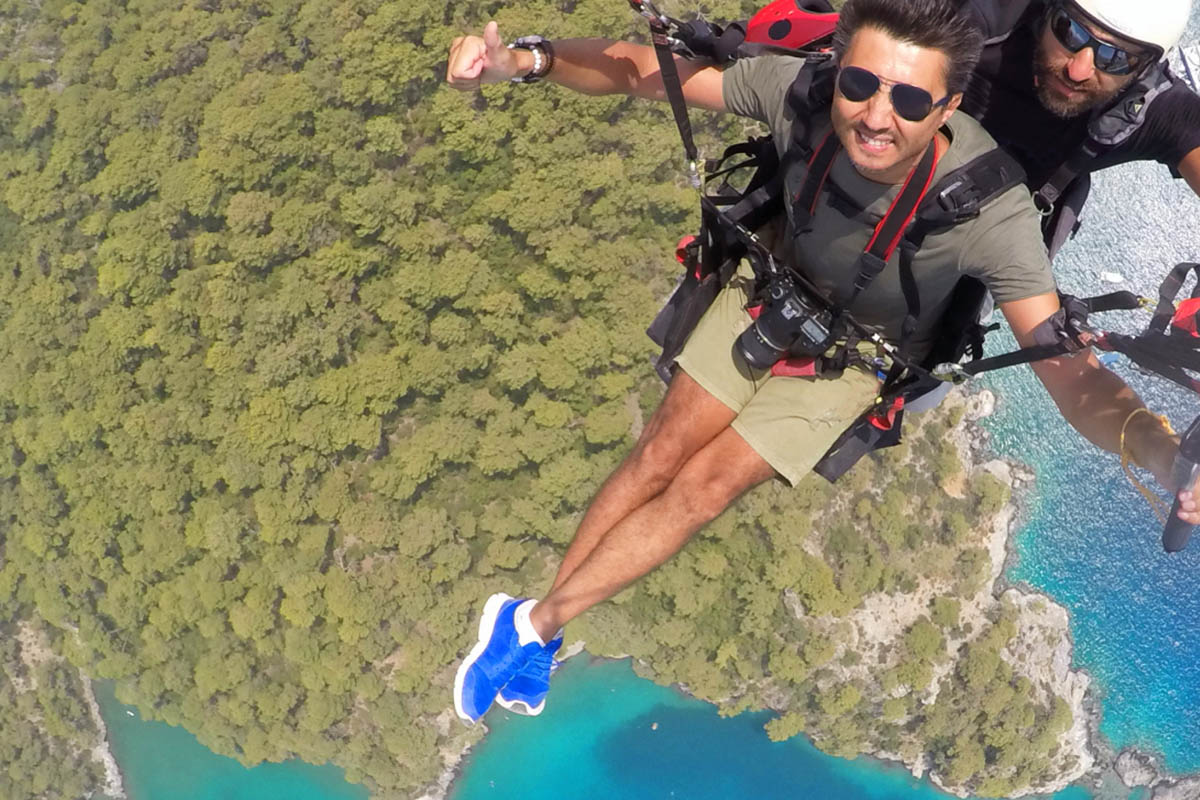 Flugy wants to take you to exotic locales with like-minded travelers
Flugy
By Kirk Miller / August 29, 2019 5:00 am

When you travel, you usually want to avoid the crowds.

Flugy goes the other way. The new travel site embraces — in a very 2019 way — the wisdom of crowds to fly you to Instagram-able locales conveniently and for a lower price than you could do on your own.

It just helps if you have some influence.

How it works: You pay $25 to join Flugy (that’s Esperanto for “fly,” btw). Users vote on their preferred exotic destination, and Flugy’s team posts quotes from airlines with various seating options and schedules.

Once the crowdsourced destination is voted on — that aspect of the site launches on August 30th — and approved, members can use chatrooms to discuss accommodations, seating zones, pre-flight meetups, etc.

So you’re losing some scheduling choice, but the key here is savings. By having a large number of interested people chartering a private flight directly from the airlines starting at one locale, the Flugy trip will be far cheaper than a passenger planning a trip out entirely on their own.

Plus, you now have a tool to recruit and explore with likeminded travelers. “Private planes are outrageously expensive,” as founder Aaron Bergen tells us. “Now, if you can align 150 people, you can get to exotic destinations directly and save money.” As an example, Bergen said you could use the app to get a group to Tikal, Guatemala for $500 in a few hours on a direct flight, which is several hundred dollars cheaper (and with a few less layovers) than using conventional airline booking.

The tickets have no additional or hidden fees, and you can resell ‘em within the Flugy community if you can no longer go.

Using Flugy also means worrying less about crafting an itinerary. When a destination on the app is finalized, a local coordinator is hired in a city where there’s a “critical mass of travelers” (roughly about 1000 members). This coordinator helps process visas, plan events, hire local guides and even put together workshops on a plane. Flugy will also send along professional photographers and entertainers on each trip.

Admittedly, the Flugy team is initially targeting influencers as a way to spread the word, as they’ll need that critical mass of travelers/members to book those first trips. But once you’re signed up, being an “influencer” isn’t necessarily about Instagram followers — the two Flugy members of each trip who refer the most fellow travelers end up flying free, and that might mean a nice, cheap holiday for the head of your friend group or the person at your company looking for a team outing.

“You don’t have to be Kylie Jenner to be successful here,” as Bergen notes.

To start, Flugy is keeping the options narrow: Members will be voting between just two destinations per month (e.g. Tikal, Guatemala and Volos, Greece) and flights will leave from regional airports.

As Bergen notes, Flugy’s long-term goals are to turn the travel industry into something more akin to Uber or Airbnb, with demand coming “from the bottom up, not the top down.” Eventually, he hopes to work with larger booking sites so destinations can be pushed to potentially interested flyers, and eventually have on-demand flights reach a level where the idea is just a normal part of the airline booking experience.

Until then? You’re gonna want to hit up a few friends.