From private submarines to road trips on Route 66, InsideHook has options for every man.

RealClearLife has partnered with InsideHook, the essential lifestyle guide for adventurous and established men. Sign up to get the best of InsideHook’s recommendations and advice delivered to your inbox every weekday.

And according to a study out of Oxford University, there’s one very simple way to fix this: spend more time with your friends.

So we compiled five superlative guys trips around the globe, engineered to satisfy every budget and preferred method of fraternizing.

Want your own personal jet tour? Maybe a hotel with submarine rentals? They’re both in there, along with some more affordable (and offbeat) options.

Howling at the moon optional — though certainly encouraged. 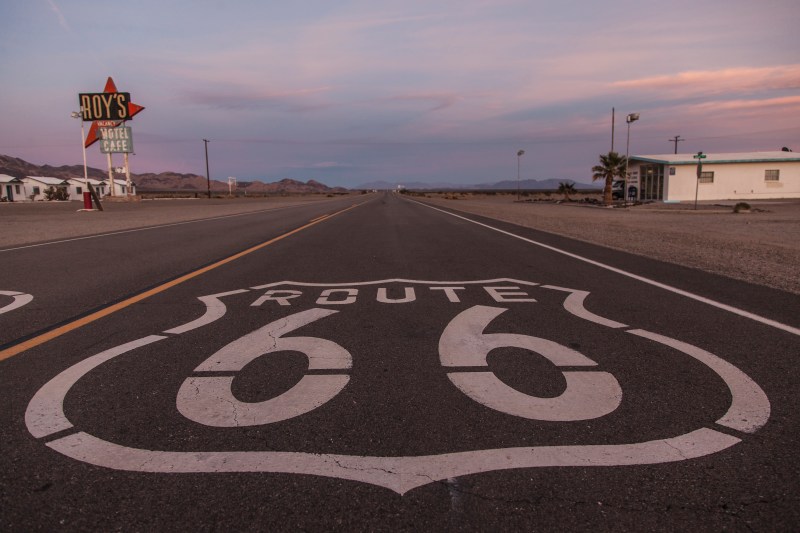 Just get in your car and go, man. Route 66 beckons, and it’s still a journey worth exploring. Get some inspiration from the new Louis Vuitton travel book that sketches the Mother Road’s most iconic sites in B&W illustrations (created via knife and coated scratchboard). You can pretty much plan your car trip around whatever theme you want, but may we suggest whiskey? Another route to try? Roughing it. Hit up one of our fine National Parks using CampNab, a simple, self-scanning program that routinely checks cancellations at the park you’re trying to book, then alerts you when there’s a match. Think of it as HotelTonight for camping.

Count us as very recent converts to Music City. Yes, you’ll want to hit up Broadway for a night of honky-tonk bars, cover bands and cheap drinks (bonus: you’ll run into about ten zillion bachelorette parties). Then: Get artisanal. There’s a lot of great non-country art and some of the country’s best food and drinks within minutes of wherever you’re staying. Speaking of: set up camp at the four-star Hutton Hotel, the city’s first boutique hotel that just finished a major refurbishment — inside, there are writing rooms/recording studios for creative types and a jaw-dropping, sonically perfect music venue right on site (built in conjunction with music powerhouse Red Light Management). Outside the hotel, you can catch big-name musicians in the midst of (until now off-limits) recording sessions at Imagine Recordings, quench your thirst at the Fat Bottom Brewery in East Nashville (aka Music City’s Brooklyn), rediscover the best of Southern cooking at Husk (led by James Beard winner Sean Brock), then finish your night with at the hidden speakeasy The Patterson House, where your best bet is to let the bartenders pick something for you. On Fridays and Saturdays, grab some hot chicken from Hattie B’s and then stand in line for a private tour of Jack White’s Third Man Records.

We all know Atlas Obscura as the alternative travel guide to the world’s weirdest attractions. But they also run small group tours that hit interesting locales (Berlin, Mongolia, etc.) while shunning typical tourist attractions. One example is their Austria excursion: limited to 15 people, the “Secret Psyche and Rural Gems” tour is full of great food and beautiful sights, but also takes time to explore former nuclear power plants and abandoned psychiatric hospitals. As well, you’ll participate in a private yodeling workshop, meet a Krampus mask creator and drink wine at Beethoven’s favorite vineyard.

Speaking of wine: There are a lot of culinary- and booze-forward travels you can enjoy this summer.

There’s quite an exclusivity to the Maldives Private Island at Voavah, Baa Atoll. Five-acre white-sand beach only reachable by seaplane? Check. A UNESCO biosphere reserve full of manta rays and maybe the richest coral reef system in the world? Yep. Seven bedrooms you can divide up how you see fit, with a team of 25 support staff? Sure. Luxury yacht, private spa, etc. All nice, but the real amenity here is the use of the DeepFlight personal sub, which offers 360-degree underwater views of the glorious aquatic life surrounding your off-limits summer abode.

Luxury carrier V2 Jets is offering two rather insane packages (starting at half a million and going up from there) for sports fans this summer. The first is a racing series (May 27-July 8) that’ll jet and up to 13 of your friends to Monaco, Montreal, France, Austria and England via Gulfstream G550s to witness five of the most iconic stops on the Grand Prix circuit. Worried you’ll miss your tee time? To honor of the 147th year of the Open Championship (golf’s oldest tournament), V2 (in partnership with Carr Golf) now offers a package that’ll let you swing through eight of the world’s best courses during an 11-day adventure aboard a Falcon 8X — call dibs on the enclosed bedroom.