Here are the best hotels for crying into your delicious beer

A project designed to help prevent millions of deaths on the European continent — after two wars that cost precisely that — came to an ignominious end last week at the hands of irate British pensioners.

Silver linings? Hard to come by, since we all know by now that this referendum presages not just a Brexit but potentially the breakup of the United Kingdom, a worldwide recession and the shattered dreams of millions of European migrants — and not just the now-iconic “Polish builders.” You could fill a small lake with the tears of British retirees whose dreams of resettling in France just got 30 percent more expensive and much, much more bureaucratic.

But if there is one happy takeaway here, it’s that the collapse of the pound — now at a 30-year low — means Britain is on sale for the time being. (It’s “a stunning decline for a rich country’s currency in a single day,” according to the Washington Post.)

Pay for your stay at these hotels now.

Monachyle MHOR
Trossachs National Park, Scotland
If you’ve ever wanted to experience life in an 18th-century Scottish country house overlooking a loch, with your own farm to ramble and gently rolling hills to traverse — this is your best chance. Plus, the restaurant is spectacular, focusing heavily on local goods (Perthshire monkfish and lamb, Shetland salmon, etc.).
Image via: Facebook

Babington House
Somerset, England
Take the lady you love to this bucolic wonderland manor, which is notable for its perfectly measured dose of quirky English design sense and its well-regarded, on-site Cowshed spa.

G&V Hotel
Edinburgh, Scotland
The former Missoni Hotel, smack on Edinburgh’s Royal Mile, has actually upped its game after breaking with the Italian fashion brand: book the Timorous Beasties suite for the best city views in the joint and designs courtesy of the witty wallpaper and textile makers who gave the space its name.

The Stafford
London, England
The Mews Suites at the Stafford are our favorite rooms in London: in the middle of St. James, the capital’s chief (if not coolest) attractions are at your doorstep — as soon as you cross the threshold, though, you’re ensconced in this private, luxurious space. We also love it for drinks at the American Bar.

The Boundary
London, England
If we were going to take up residence in London, it’d be at Terence Conran’s Boundary — the Stafford can match it for luxury, but it can’t beat its Shoreditch address if you’re looking for something fun to do at night. Reserve a meal on the rooftop when you book your room. 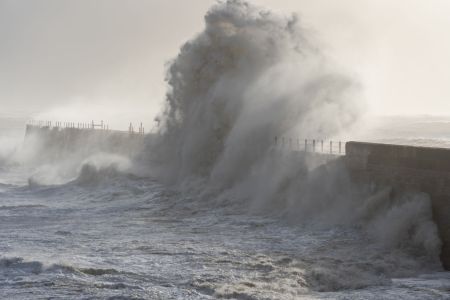