The holiday rush is coming. Let's keep it civilized out there. The TSA announced this week that they expect to screen 25 million passengers this Thanksgiving — a 7% increase from 2017.

A month after that, they’ll buff their badges, don fresh nitrile gloves and do it all again.

Which means ample opportunity for Americans to do one of the things they do best: act like a bunch of complete and total bozos at the airport.

To help them (but definitely not you!) do better, we enlisted the help of some airline employees to come up with 25 simple rules for not acting like an A-hole at the airport. 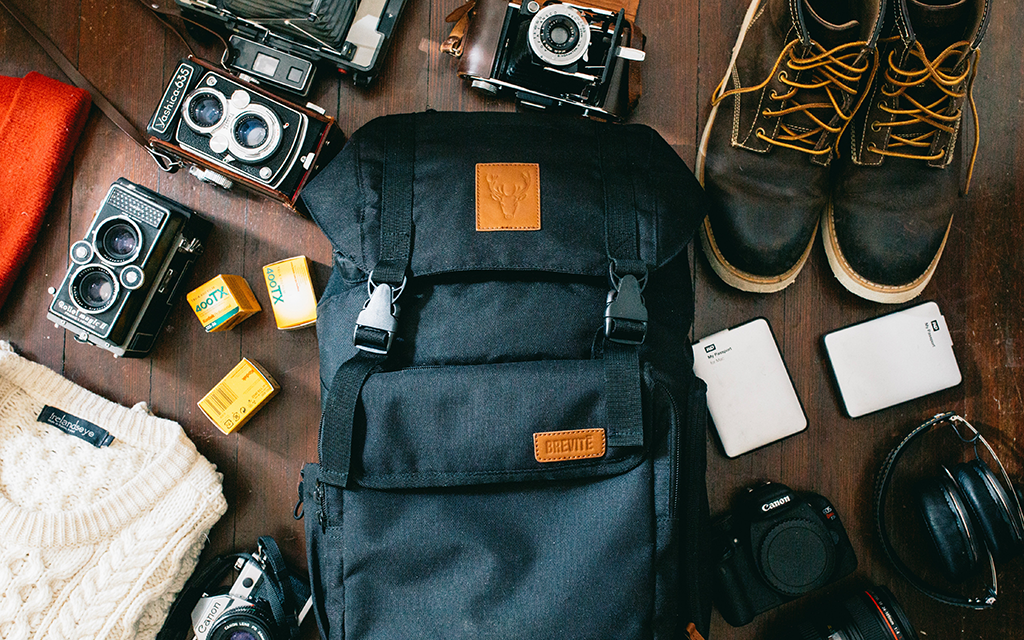 1. Don’t be a stinky person. “Nobody wants to sit next to someone who checked out of the hotel at mid-morning for a nighttime flight in the tropics,” one pilot told us. So take a shower, deodorize and put on clean clothes. Preferably as close to your departure time as possible.

2. Dress like you’ve been through security before. If you want to accessorize like Keith Richards at the MET Ball on Turkey Day, be our guest. But try to indulge your more minimal side on days you’ll be strutting through the security maze.

3. Think before you pack. “How did that get in there?!” you say, incredulous that the Costco-sized shampoo bottle has found its way into your carry on. We’ve all flown enough times to know what will and won’t pass the TSA’s sniff test — pack accordingly.

4. Leave the black bag at home.  “Every passenger has one,” one airline staffer said. “WHY? I have seen people look at every black bag on the conveyor belt because they can’t recognize which one is theirs. It makes no sense when there are so many colors to choose from.”

5. Check in online and carry on. Fewer people at check-in means shorter lines for the typically irritable people who have to be there.

6. Take a picture of your checked bag. “This way, if your bag is lost, it’s easier for us to find it,” one handler told us. 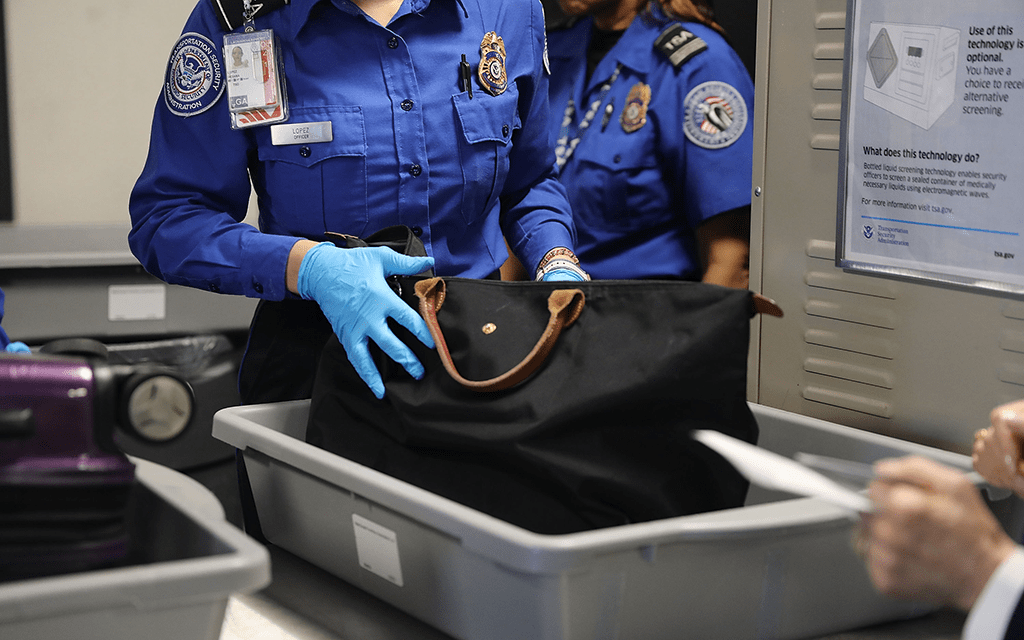 AT CHECK-IN AND SECURITY

7. Arrive early. Obvious but bears repeating, especially around the holidays. “If you arrive three hours early for your flight, you won’t be stressed if there is a long security line,” says one pilot. And besides, who doesn’t love bellying up to the airport bar? Like hotel bars, they tend to be magnets for interesting people from all walks of life with stories to tell.

8. Don’t intentionally arrive late. So you got to the airport 30 minutes before your flight one time and a kindly employee expedited you through security. Do not, under any circumstances, take this as an invitation to make it a habit.

9. Be patient and nice to people in the event sh*t goes wrong. Flight delayed? Canceled? Took off already because you played chicken with your alarm clock and lost? Know whose fault that isn’t? The check-in agent who makes $30k a year in exchange for pacifying irate customers all day long (and who also probably has to work on holidays). “Use your manners; please and thank you work wonders,” the pilot tells us. “The staff at the airport are not your slaves!”

10. Divest before you get into the security line. Phone, keys, belt — why not stow them in your carry on or briefcase? Small things like using one fewer tray or arriving to the screening table ready to go may not make a big difference in the micro, but if everyone does it, the entire operation runs more smoothly, which is ultimately the goal here.

11. Similarly, revest after moving away from the screening machines. Pick up your bins and bags, locate the dressing tables and benches beyond the screening area (they’re there, we promise!) and proceed to them.

12. Put your bins away. You’re a big boy, you can do it. The blue shirts tend to be understaffed, and every little thing passengers can do to make the process run more smoothly helps. 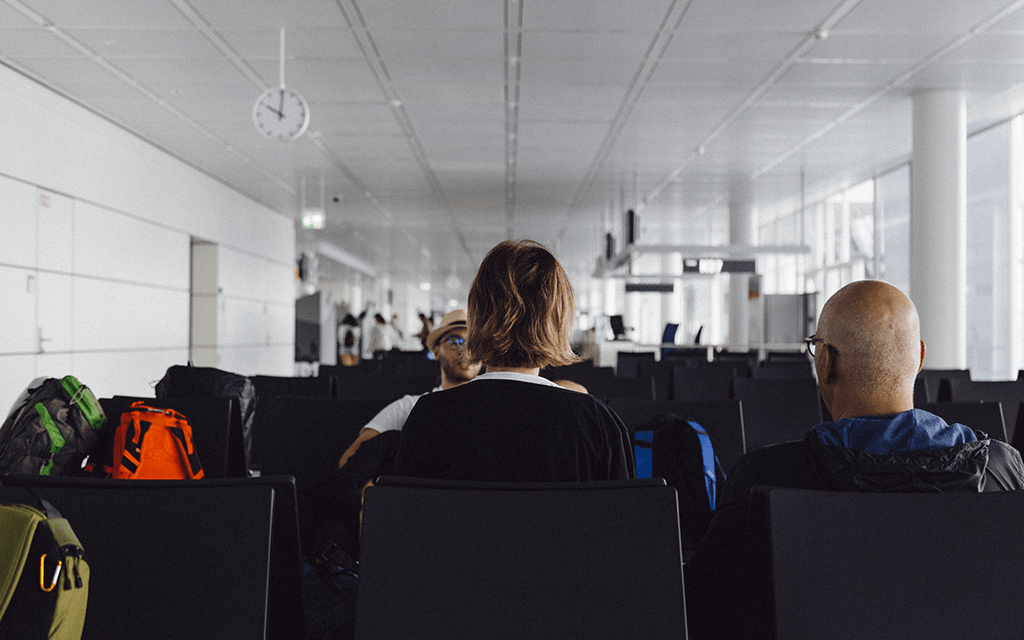 13. Use the moving the walkway correctly. Slow traffic on the right, passers on the left. Never two abreast. It’s just like driving on the highway — and coincidentally just as packed with people who have no clue what they’re doing.

14. Put your bags on the floor underneath your seat. People go on seats, bags go on floors. This way, more people get seats. It’s science.

15. Don’t try and “big note” yourself. Self-promotion will not get you an upgrade or preferential treatment. In fact, “the staff will find it easier to not help you or kick you off,” our pilot added. Instead, try the kindly brontosaurus method.

16. Don’t crowd the boarding area. Those little “zone” numbers on your ticket? Those are a reminder that there’s a system in place; abide it and wait your turn.

17. Stop grooming at the gate. Nail clippers. Callus filers. Booger flickers. If you see one, don’t hesitate to verbally shame them back into the hovels from whence they came. 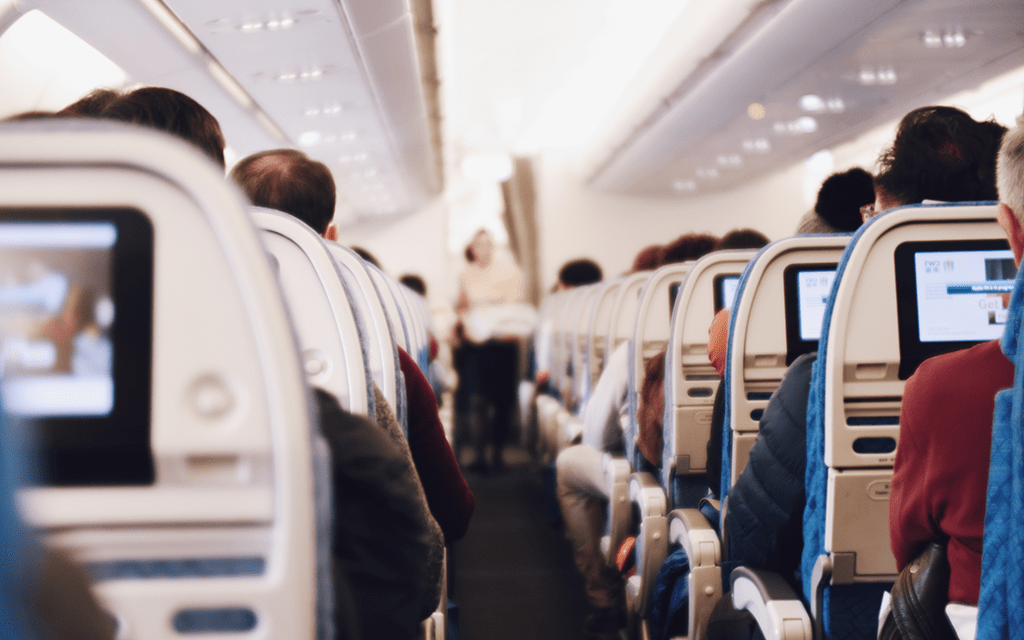 18. Only put your bag in the overhead compartment. “Be considerate to fellow passengers by making sure to not take up valuable space with your coat or jacket,” a baggage handler advised.

19. Use your designated overhead. Occasionally, the flight attendant on the PA will instruct you to use any overhead available (probably because some asshat put his coat in the overhead, leading to a vicious domino effect). Until that happens, use the one over your own seat.

20. Sit down. Whatever you are doing in the middle of the aisle can wait until after the plane is fully boarded.

21. Leave your shoes on. If you’re on a long-haul flight, it is permissible to strip down to your socks — provided they remain on the floor in front of you. But bare feet should never, ever reveal themselves.

22. Cede the armrests to the middle seat. We assure you that person is not there by choice. Mind your elbows and never breach the barrier. 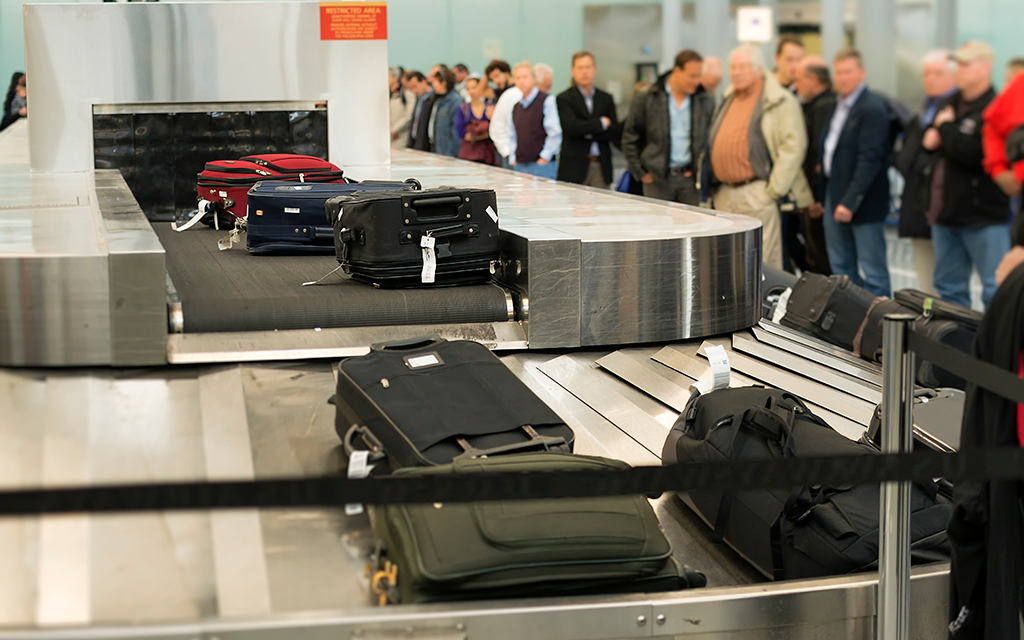 23. Remain in your seat until the deboarding process reaches you. “People in row 2,345 will get up as soon as the plane lands and get mad they can’t get out,” says one travel blogger who works for a major airline. “It makes no sense. People in the back need to relax and wait.”

24. Don’t belly up to the baggage carousel. “Step the hell back unless your bag is actually there,” an airline vet told us.

25. Be a team player. Above all, it helps to think of the whole airport operation like this: no traveler is a lone wolf trying to strafe and bully his way through throngs of other travelers to get to the finish line first. Rather, we are all one big team, trying collectively to reach all of our finish lines on time. And there is a system in place — one that many smart people have developed through decades of analysis and good old-fashioned trial-and-error — to help us achieve that. So pay attention, observe it to the best of your ability, and have some compassion for airline employees and fellow travelers.

That’s something we can all be thankful for.

This article was originally published on November 9, 2018.