Advertisers Are Coming for Our In-Flight Maps 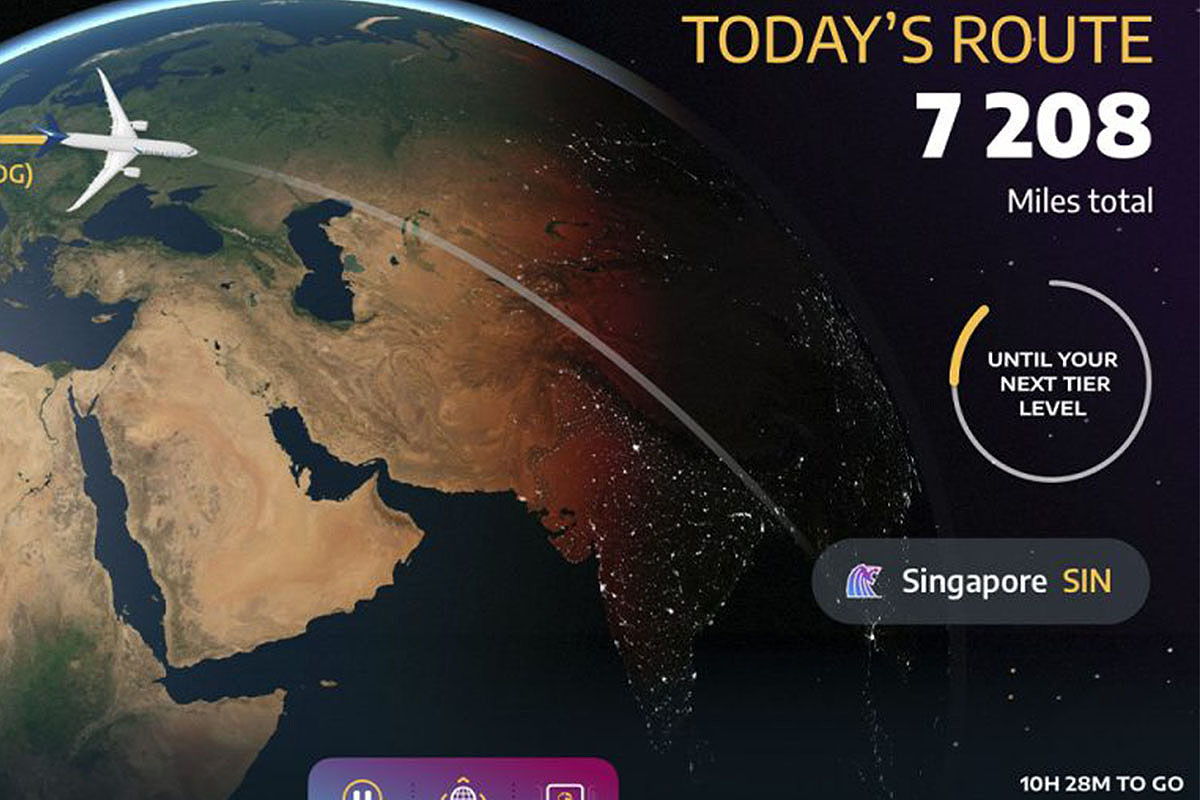 The in-flight map is a relic.

In a good way: it’s a reliable, pass-the-time and occasionally useful seatback tool that offers up slow-tech zen on long flights. Also, it’s great that these maps, first developed in 1982, now offer up little fun facts about the journey (e.g., it’s currently -60 degrees outside as you’re zipping over the Faroe Islands at 22,000 feet).

But because nothing is sacred and everything is a product, the flight map is about to get bigger, louder and targeted at your wallet.

According to the Wall Street Journal, a new line of updated inflight maps will offer up much more information than just arrival time. Examples cited include “encyclopedic details on Mount Fuji as you fly past, track[ing] your spouse’s flight from your seat and zoom[ing] in on details on points of interest, like the top 10 rides at Disneyland compiled from social media.” You’ll also find some useful inflight information, including when the flight’s dinner will be served and which languages the flight attendants speak.

In theory, that’s a nice little update. But these ramped-up maps aren’t there for convenience or to ease your mind. They’re yet another revenue generator for airlines. Besides new info, the maps will now suggest discount tickets to local attractions, hotel deals, future flight offers and ads, ads and more ads.

It’s being dubbed “geotainment,” which is (editorial opinion) gross.

Geotainment won’t cost you anything to use, but it may tax your in-flight sanity. “Some [mapmakers[ will likely turn their maps into NASCAR-like canvases full of ads, while others will stick with classic looks,” CabinConnect’s David Green told the WSJ.

Expect the first of these maps next year, with Panasonic’s Arc system at the forefront. “We liked the idea of the map as a narrative tool in travel and looked at developing something different from a traditional map platform,” noted Panasonic Avionics’ Head of Innovation Andrew Mohr at a recent Aircraft Interiors Expo. According to an article from the Airline Passenger Experience Association (APEX), Arc will integrate into an e-commerce platform, inflight analytics services and passenger personalization hubs, and also allow third parties and airlines to develop apps around the map engine. (Good news: All that new geotainment will be in 4K!)

It’s fine if the maps want to offer up a bit more of a service. But at least give us the option to toggle back to classic mode.

As one Slashdot commenter noted, “I won’t use the map if it ceases to do the one thing I care about it doing well. Quit trying to make everything ‘better’ with stupid shit no one asked for and ruining the experience with the added cruft and bullshit.”