The 10 Best Men’s Sneakers for Fall

There are no rules when it comes to fall sneakers. You just know 'em when you see 'em. 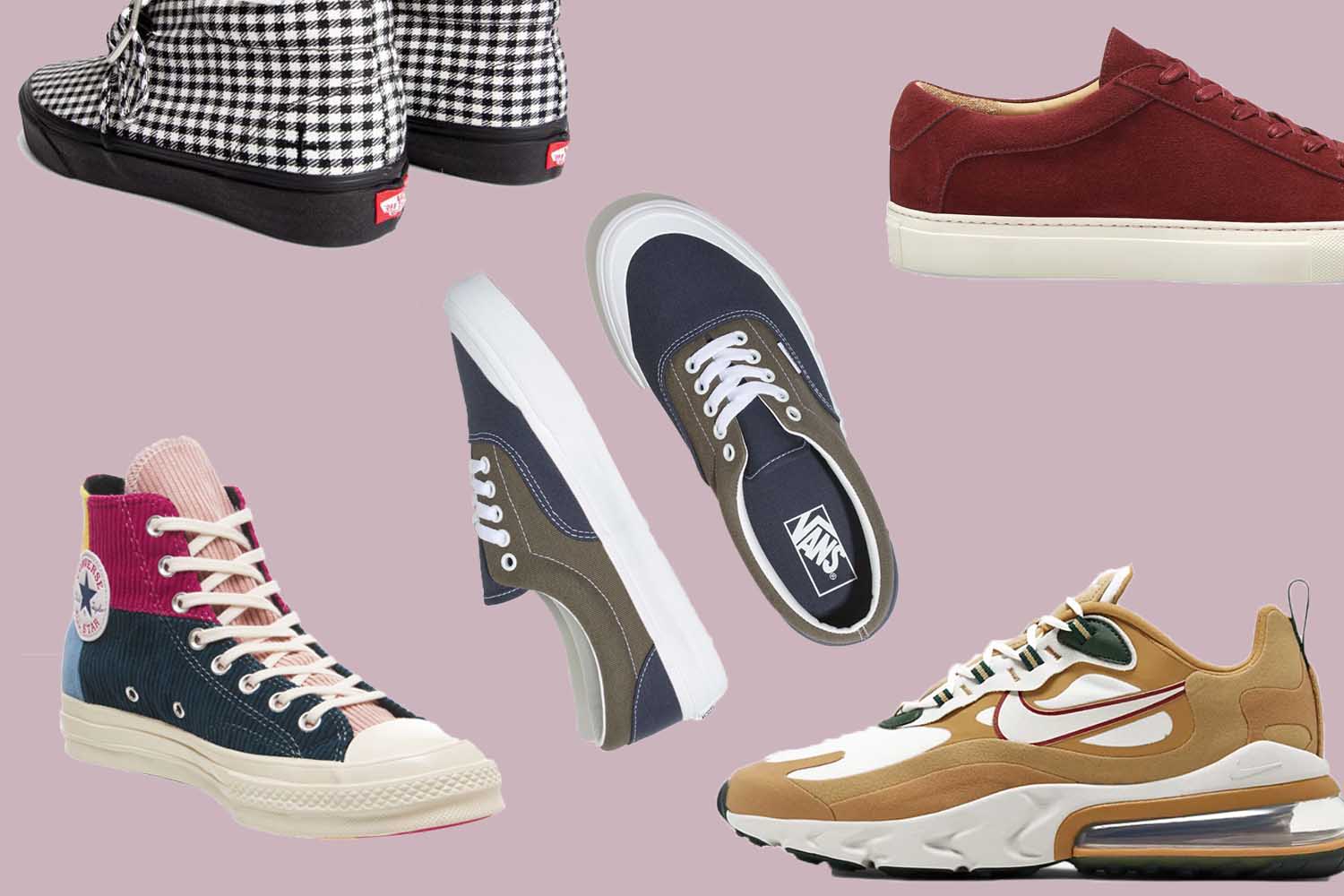 There is no better time of year for refreshing your sneaker collection than fall. You could make an argument for spring, sure, when you’re coming off three solid months of boot-wearing and you’re eager to brighten things up as quickly and aggressively as possible. But the great thing about fall is that it invites you to introduce textures — suede, of course, but also anything else that adds depth to your footwear. And when it comes to colors, there’s more room for experimentation than you might be inclined to think. Below, we identify 10 pairs of sneakers we think you’d be wise to consider this fall.

A suede version of a silhouette that’s well on its way to becoming a classic. The leather patch on the top of the heel counter and the gum soul are nice touches that don’t affect the shoe’s considerable wearability.

Hoka One One x EG Bondi B

The rare shoe that’ll earn you cred with sneaker nerds and outdoor types alike, this collaboration between noted maximalists at Hoka and the menswear savants at Engineered Garments hits hard with a color-block design with variation between each shoe.

So, yes, corduroy is a bit on-the-nose when it comes to items that evoke fall, but these are pretty much perfect. Standard autumnal tones of navy, deep red and gold are given a little extra life with the dusty pink on the tongue.

When Nike’s Air Max 270 silhouette was released last year, it was immediately a huge success, inspiring the brand to roll out countless new colorways. Now we get the first major update to the model, the 270 React, which features the same oversized air unit as the original, plus the React foam they’ve been using in their performance shoes, and a more complicated overlay pattern. In addition to being wildly comfortable, it’s a total looker, and this particular design has fall written all over it.

Everyone and their mother has been wearing black and white Old Skools for the past few years, for some reason leaving the Era as a sadly overlooked Vans silhouette. We’re huge fans, and they just released a handful of color combos that are perfect for the season.

The 997 has made a big return over the past year or so, now available in a wide range of colors and materials, some of them more premium than others, but non more so than this collab between New Balance and Red Wing Heritage, featuring a mixture of tan suede and leather, plus a mega sexy red outsole.

An absolute classic from the Italian luxury brand, their original Achilles model offered here in an elegant cobalt gray suede, a nice alternative to the black and white ones everyone else is wearing.

This is admittedly a lot of shoe, but to look at it another way, it’s also a lot of shoe for less than $100. These were produced by Vans exclusively for streetwear kings Noah, and you will probably be the only one among your group of friend to have them, unless your friends are way cooler than ours.

We’re big fans of Koio around here, for their high-quality, minimalist Capri, done here in a very nice ruby red that will, for a few days anyway, perfectly match the leaves on the ground. Be sure to ‘gram that shit.

We like the adidas ZX Torsion because it nods to the chunky sneaker trend without forcing you to fully commit. It’s got the brand’s insanely comfortable Boost midsole, and this blue and green colorway is a stunner.