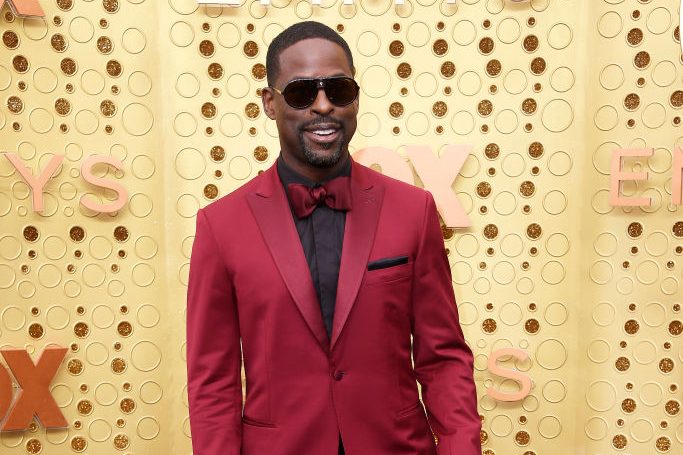 There was a time when awards season meant penguin suits as far as the eye could see. But as trends evolve and men are encouraged to experiment on the red carpet (or the purple carpet, as it inexplicably was this year), we’re seeing more fascinating looks, including prints, interesting fabrics and, thank God, some color.

This year’s Emmys didn’t disappoint on those fronts. We’ve compiled some of the most eye-catching and intriguing outfits from men at the event — both the best and the, uh, best attempts — below.

The This Is Us star shakes off his character Randall’s suburban-dad style and steps it up whenever he can on the red carpet, and this year’s Emmys were no different. He looked absolutely dapper in a red Brioni jacket, matching bowtie and Christian Louboutin shoes.

He had a star-making turn on Russian Doll, so it makes sense, we suppose, that Charlie Barnett sported literal stars with a boldly printed forest green Ports 1961 suit. Paired with boots by Giuseppe Zanotti, the suit is unique but somehow just the right amount of subtle.

You either love or hate this James Van Der Beek outfit, and how you feel about it probably goes hand-in-hand with how you feel about fuzzy fabrics. If you, like George Costanza, would drape yourself in velvet if it were socially acceptable, Van Der Beek’s salmon-colored Brioni crushed-velvet jacket and suede Christian Louboutin loafers probably do it for you. But to our taste, the shoes were fighting for attention; it’s a little too much for one look.

Chris Sullivan has a history of taking big swings on the red carpet, and while he’s had plenty of misses, this green-and-grey plaid suit with a wide white peak lapel was a home run. Note that the green accents in his glasses match the suit.

If you can’t win an Emmy, dress like an Emmy. The Game of Thrones star looked like a million bucks in his golden Dolce & Gabbana dinner jacket and Montblanc cufflinks.

If anyone ever tries to tell you black and brown don’t go together again, kindly show them this picture of Michael K. Williams absolutely killing it with a black shirt and tie and an elegant brown tux. It’s the burnished penny loafers — to go with the leather lapels — that really kicks this fit into overdrive, though.

Stay with us on this one: there’s something about Sacha Baron Cohen’s custom double breasted ISAIA tux here that makes him look like a waiter in a murder mystery who just knowingly handed off a plate of poisoned food to someone. And yet … we don’t completely hate it? The boutonnière is nice, and we’re all for a pop of color.

Richard Splett could never, but Veep‘s Sam Richardson absolutely pulls off this indigo print jacket. The white shirt and pocket square provide some nice contrast, and while his bow tie is a little too small for our liking, the overall look works.

Turns out ties are for chumps. Who knew?

At first glance, The Good Place‘s William Jackson Harper appears to be sporting a pretty standard (albeit incredibly sharp) maroon tuxedo. But look a little closer, and you’ll see that Charlie Barnett wasn’t the only guy going with a subtle print on the red carpet this year — those are polka dots, ladies and gentlemen.