“No RPI”: On the Roy Family’s Skewed Concept of Reality in “Succession”

The family's absurd wealth has them constantly questioning what's "real" 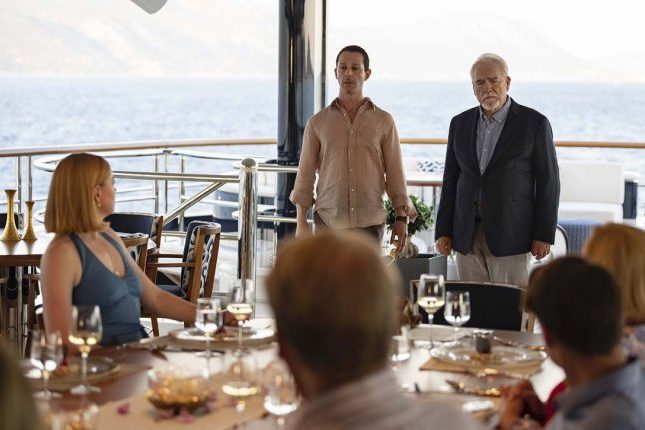 There were far more memorable lines in Succession‘s second season (“You can’t make a Tomlette without breaking some Greggs,” for example, or anything from Kendall’s cringe-inducing “L to the OG” rap), but one stands out for its sheer frequency, a constant reminder of the Roy family’s warped existence: “Is this real?”

It’s what a skeptical Shiv asks when her father tells her she’s next in line to run the company, and it pops up again throughout the season — like when an incredulous Roman finds himself in the middle of a hostage situation, or a shocked Kendall responds to Stewy’s refusal to bail out Waystar. On its surface, it’s fairly innocuous, but it speaks to a larger theme: the Roys are constantly grappling with the concept of reality and their own connection to it — if, in fact, such a connection exists.

It makes sense, given the ivory tower in which Logan Roy raised his children. Their preposterous wealth has taught them that their world is a different one than the rest of ours; affections and allegiances can be bought, and the only thing that’s “real” is their bottom line. It’s why when Roman returns from his harrowing experience in the season finale, he’s met not with sympathy or concern, but jokes. It’s not until he reminds them that what happened to him was, you know, for real — “It was actually fucking scary, and we thought that they might kill us,” he snaps — that they cease needling him and offer sympathy. To a Roy, the notion of one of their own being in actual, immediate bodily danger is a tough one to reckon with.

Later, when the family discusses who will be sacrificed as the face of the cruise-department scandal, the proceeding has the same faux-reality tenor you’d expect of Survivor or Big Brother. Everyone gathers around to deliberate over who should be eliminated, throwing each other under the bus with a detached insouciance, as it were all a game … rather than, you know, a real-life scenario in which someone’s career and character will be irreparably destroyed. The setting — the dining room of one of Logan’s comically large yachts — makes it all the more absurd; how can anyone really be in trouble while sipping rosé in boat shoes?

Of course, anyone at Waystar who’s not a Roy is deemed expendable by the family — even Siobhan’s husband Tom, who barely escapes becoming the scapegoat. When Roman starts taking bets on which executive will be thrown to the wolves, he’s reminded by Karl that “We are real people.” “You are not,” the youngest Roy responds. “You claim to be real, but look at you. Look at you.”

Of course, the concept of “real people” had reared its ugly head throughout the season, most significantly as part of the cruises scandal, where the callous “No RPI” (as in “no real persons involved”) was used to indicate cases where the victims were migrant workers, sex workers or other people deemed insignificant. Logan trots it out again during the season’s penultimate scene, when he applies it to the waiter Kendall left for dead in a Ted Kennedy-esque car crash in the UK. Despite having visited the boy’s home, talking to his grieving parents and seeing the family photos on the wall, Logan Roy regards the waiter as someone not quite valid enough to be considered a “real person.”

It’s in this moment — and an earlier one, in which Logan admits he never seriously considered making Kendall CEO because he’s “not a killer” (despite the fact that Kendall did technically kill a guy) — that something turns in Logan’s eldest son. The wool is lifted from his eyes, and he’s able to defy his family’s ambiguous sense of reality: all people are real, and Logan Roy is not untouchable. He doles out a Judas kiss and sets off to betray his father.

Or … does he? Was that sly look from Logan as his son twisted the metaphorical knife in his back supposed to mean he (i.e., Logan) was in on this the whole time? That he knew he had to be the one to go, but his family would never accept it, so he manipulated Kendall into taking him out? In its brilliant finale, was Succession cajoling us, the audience, into wondering “Is this real?” right alongside the Roys?

We’ll have to wait until Season 3 to find out.