What to Watch: “Safe Harbour” and “Ghoul”

And some teen dramas both real and unreal. 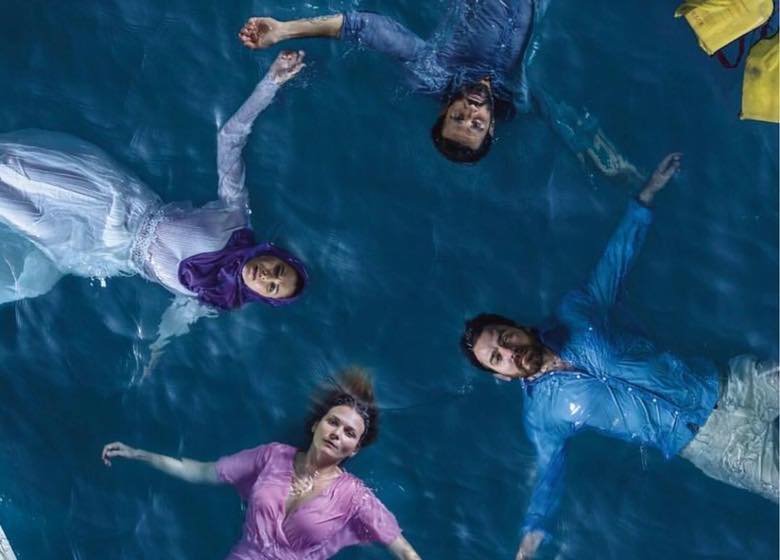 Welcome to What to Watch, in which we cover the best shows, movies and series out right now, both on networks and streaming services.

This four-part thriller first premiered in Australia last spring to critical acclaim; it also stirred controversy with question to viewers: what would you do if faced with a boat of asylum seekers stranded at sea? The five Aussies sailing for Indonesia on Holiday took the question to a vote, ultimately deciding to tow the idling fishing boat packed with refugees young and old towards Australian waters. Yet during a storm in the night the fishing boat and all of its passengers disappear. With life vests and the dingy missing, the five vacationers figured they had been duped and finish their trip unbothered, sometimes the good samaritan get duped.

Cut to five years later and the boat’s owner Ryan (Ewen Leslie) hails a taxi driven by one of the old refugees. Astonished to see him, Ryan invites Ismail and his family over for diner, where tensions rise when Ismail’s wife accuses Ryan and the other boaters of cutting the rope, consequently leaving the asylum seekers stranded. As if things couldn’t get even more stressful, it turns out seven people died that night off the fishing boat, including Ismail’s daughter. The question shifts from what one might do when faced with desperate refugees to what one wouldn’t do. Is it ethical to deny help to scared, stranded emigrants? Is it ethical to later withdraw that help?

Nonetheless, the mystery surrounding who cut the rope and why, along with the repercussions upturning the lives of both Aussie natives and immigrants, makes for a gripping whodunit. It’s a much more compelling examination of those questions, done by director Glendyn Ivin with care that balances the turbulent waters of this topic only declaring the nuance in individual human experience.

America to Me (Starz)

How come in every teen-based show the protagonist’s biggest issue is reinventing themselves or finding a significant other? From what I remember those were the things that made high school fun. The freedom to reinvent yourself and having so much free time you could create elaborate plots to bump into your crush at lunch. These problems are never as big in real life as on screen (or they don’t exist at all), but that doesn’t mean there aren’t all-encompassing problems high schoolers face. Think of the social politics you had to navigate as a fledgling adult, often dependent on how you look, where you grew up, and who your parents were. These are the issues we see real life teens in Steve James’ (Hoop Dreams) newest documentary America to Me.

A 10-part docuseries following several black and biracial students through a full year at Oak Park and River Forest High in the Chicago suburbs. And while the aforementioned high school dramas often lead up to pivotal moments that make or break everything we’ve seen up until then, America to Me is a slow burner displaying the never-ending struggles that were seared into these kids’ lives the moment they were born who they are.

Back to the school though. Oak-whatever-whatever High prides itself on being high performing and diverse. The type of progressive school a post-racial America boast about. Where liberal, white teachers “don’t see race” and uphold the idea that racial bias ended once schools became integrated. Yet any student at Oak Park and River Forest High (seriously what is up with that name) can tell you how members of the football team regularly get called racial slurs on the field or that the cheerleading squad is for black girls while the dance squad is primarily white. It’s proof that diversity isn’t necessarily progress, as put by the school’s vice principal, one of the few black staff members striving to make changes.

What James does so well in America to Me, and why this docuseries is worth ten hours of your time, is let the kids speak for themselves while fully illustrating the richness of their lives both inside the classroom and out. No student is forced to represent anyone but themselves, because each faces different problems and circumstances. all together America to Me forms a nearly full picture of the racial bias still in American schools today.

As I was saying… any other show will try to make you believe teenagers have it sooooo hard. Sometimes there are structural, real world problems that threaten to only increase as you get older, and other times the conflict is wholly superficial. In the case of teenage June (Sorrscha Groundsell)—the problem is so superficial it becomes the former.

In the latest supernatural teenagers drama, June can shape shift. But the plotting and implications of these powers are less like an X-Men movie and more like The OA. After running away from a broken home with her secret boyfriend Harry (Percelle Ascott), June discovers she can shape shift into someone else simply by touching them. A shocking discovery that begins to clue June and Harry in to why her life has never been normal. The reason she’s run away in the first place is because her out of touch dad has kept her sedated and isolated her entire life. And June’s mother? That’s who probably gave June her ability, seeing as she’s conveniently been out of the picture until now. As June and Harry run away to London to “make a better life for themselves” or some other wildly idealistic teenage dream, they’re tracked by two men, one of whom claims to have a letter from June’s mom.

If you’re familiar with The OA, this show has a similar ambling — at times painstakingly slow — pace. But the characters (which thankfully there are more of than in The OA) are richly detailed because of it. At its core it’s a first-love story of two desperate teens who only have each other. Groundsell and Ascott do a good job portraying this, at times managing to fend off the weird sci-fi element until it feels as far removed as the backdrops of English countryside and Norwegian fjords in the series. The ethereal show is a nice, intriguing break in the fast paced genre of science fiction.

If you really don’t want to watch anything young and sappy or labeled as challenging, Netflix is also releasing a promising three-part horror series from (stick with me here) Bollywood.

Hear me out! We can get into this shit together. If Bollywood’s biggest actress Priyanka Chopra is good enough for Nick Jonas (she’s more than good enough, she’s too good for him actually), then a Hindi-language foreign thriller from the producers of Insidious and Get Out is good enough for the rest of us chums. Ghoul follows a young military detention staffer (Radhika Apte) during the intake of a new prisoner who, to put it nicely, has come to fuck things up. Somehow this dude knows dark secrets of the guards around him, and uses this knowledge to control his tense interrogation. Is the man simply wielding some powerful inside knowledge about the prison’s secrets? Or is he a literal ghoul here to bring a doomsday-sized reckoning? Judging by the trailer I’d put my money on the latter.