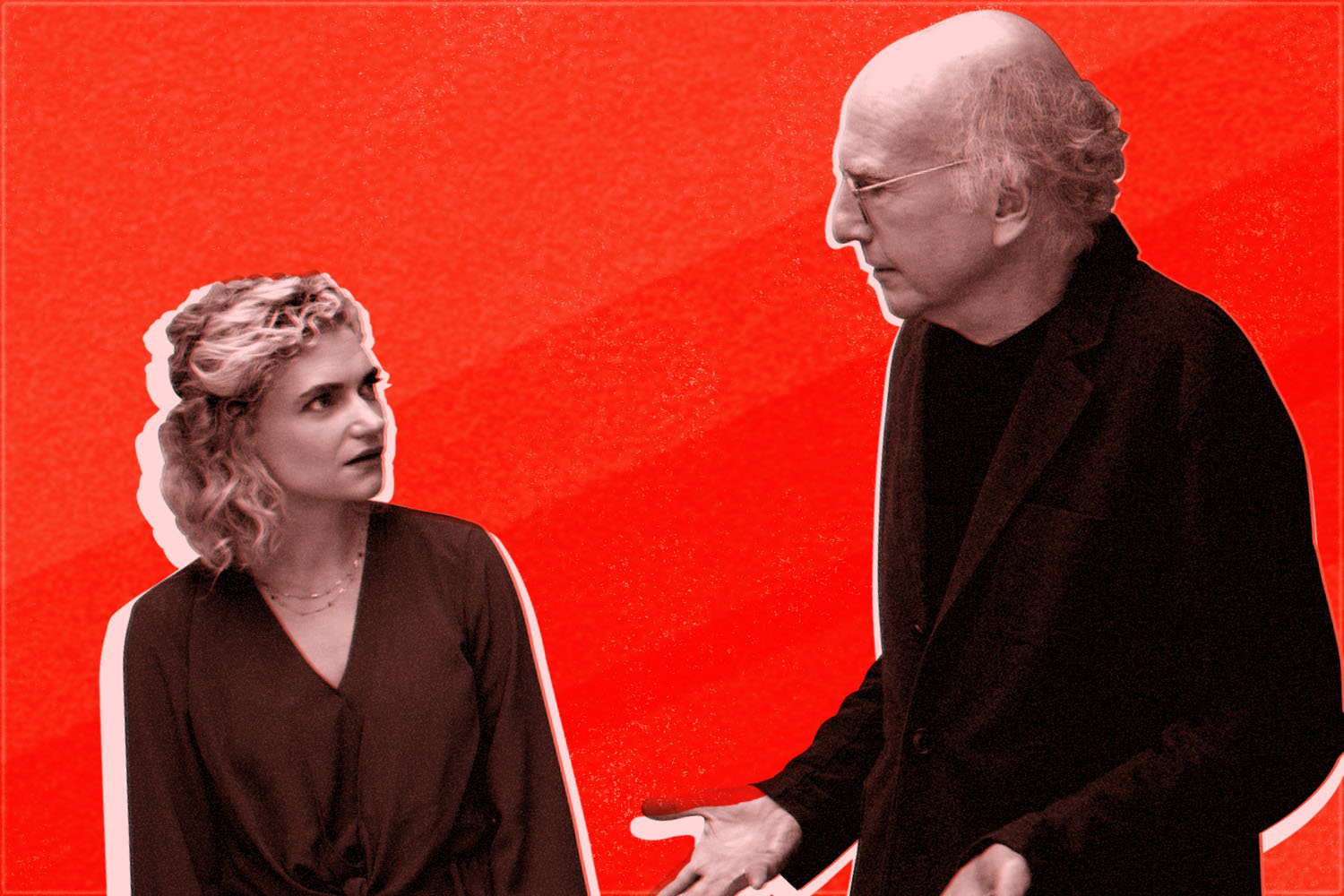 In the opening scene of Curb Your Enthusiasm’s tenth season, Larry David struts down a sidewalk in L.A. with Leon, his wisdom-spewing sidekick played by J.B. Smoove. They’re having a casual conversation about race — white people, they decide, basically resemble different shades of warm breakfast cereals — when they approach a tourist couple posing with a selfie-stick. Without breaking stride, Larry snatches the selfie-stick, breaks it over his leg and continues the conversation as if nothing happened.

On the one hand, this moment captures why Curb has resonated so strongly with audiences over its nearly two-decade run. As Jason Diamond wrote for this publication last month, the key to Larry’s brand of cringe comedy is his willingness to confront the social behaviors and norms that many of us question but few will publicly criticize. In other words, he is our collective id. And yet something about the way he snaps the selfie-stick, his casual and remorseless violence, is different from how he has aired his grievances in previous seasons. It establishes an angry and defiant tone that escalates as the season’s major plot points come into focus.

This season sees Larry embroiled in sexual-harassment allegations. While the show has a long and successful track record of satirizing everyday interactions, Larry David and Jeff Schaffer (Curb’s executive producer and a former Seinfeld writer, also the creator of The League) have never been so strident about leveraging a sensitive contemporary issue as a vehicle for a sustained storyline. That they chose #MeToo as the historical moment to mark this change in their creative approach is significant. It’s also a big mistake.

Without revealing spoilers, the accusations that Larry faces are the byproducts of harmless misunderstandings coupled with his characteristic disdain for social boundaries. The harder Larry fights to clear his name, the deeper the grave he digs for himself. One of this season’s emerging themes (at least through the first four episodes) is conspicuous: Don’t you see how easy it is for a misunderstanding to lead to a witch hunt?

The message is loud and clear — and entirely tone deaf. In terms of the cultural discourse surrounding sexual violence and gender/power dynamics, it feels like we’ve made some progress over the past four years. (Then again, maybe we haven’t.) For Larry to target sexual harassment as a subject worthy of topical satire suggests that he is either dismissive or ignorant of the movement’s gravity and the current temperature in our nation’s living room.

Beyond the plot’s lack of compassion, it fails to deliver an original message. Backlash against #MeToo is nothing new. Opposition ranges from the “stop lumping all bad male behavior together” sentiment that Jia Tolentino picked apart in an incisive January 2018 essay for the New Yorker to the more flagrant assertions that Caitlin Flanagan made in her January 2018 Atlantic defense of Aziz Ansari, when she wrote that “women are angry, temporarily powerful — and very, very dangerous.” Whatever Larry’s true motives are for pursuing this season’s narrative — a misguided attempt to be edgy or genuine skepticism for how current events have unfolded — he has endorsed a position that fits neatly into the “defense of the white hetero male” genre. In case anyone has been living on another planet for the past few years, the cultural appetite for this type of tale is smaller than the Cavaliers’ odds of winning the NBA championship.

There is no question that this season has alienated Curb’s already dwindling audience. According to ShowBuzzDaily’s weekly television ratings, roughly 710,000 viewers watched the Season 10 premiere. That number has declined steadily each week, with 440,000 watching the most recent episode. Season 8, which aired in 2011, averaged close to 2,000,000 viewers per episode.

While these metrics are imperfect (e.g., they fail to account for streaming), they clearly show that fewer people are picking up what Larry is putting down. And that’s a shame. Larry David possesses one of the sharpest comedic minds in show business, and this season has already featured some of the most uproarious moments in the Curb canon (see: that selfie-stick sequence).

It’s worth pointing out here that Larry’s sexuality has been a healthy and frequent source of humor in previous seasons. When his character was married to Cheryl (played by a witty and patient Cheryl Hines), Larry used the show to explore the frustrations and idiosyncrasies of marital sexuality. When Cheryl leaves Larry in Season 6 (right around the time his real marriage ended), Larry focuses his lens on the divorcée-dating landscape. Such a world, oozing in taboos and awkwardly constructed social norms, is ripe for Larry’s brand of comedy.

This is not a hot take, but over the last few seasons, Larry has increasingly positioned himself as something of a lothario among the affluent boomer set. GQ cemented this status by featuring Larry on the cover of their January 2020 issue. Brett Martin’s enjoyable profile highlights how he’s become a latent fashion icon (with his Giorgio Armani jackets and Cotton Citizen tees) while inadvertently previewing why the current season of Curb is so problematic.

In his article, Martin seems to give Larry a free pass. “Unrepentant white-male bad behavior may be slightly less fashionable these days,” he writes, “but Larry’s crimes and misdemeanors are so well established that they feel grandfathered in.” It’s worth noting that Martin wrote this before Season 10 commenced, but this assessment, as the declining ratings suggest, is inaccurate. We live in a world where grandfather clauses no longer serve as valid loopholes; if anything, they signify out-of-touchness and a dramatic need for change. At the risk of sounding like a social-justice warrior, it’s too bad Larry decided to use his pedestal to kick those below him rather than land punches on the untouchables above.

The most troubling element of Curb Your Enthusiasm right now is the impact it is likely to have on viewers who already have a dismissive “witch hunt” attitude towards the #MeToo movement. Nobody is better at manufacturing indignity than Larry David. My wife and I are avid Curb fans, and at least once an episode, one of us will turn to the other and say, “I mean, he’s not wrong.” When the stakes are low — like restaurant-tipping protocols or airplane etiquette — this empathetic reaction is fine. When the show attempts to coax this same response out of you for a plotline that relates to sexual assault, though, the implications are unsettling.

Irony and paradox are two of the sharpest weapons in Larry’s comedic arsenal, yet they seem to be working against him this season. His attempt to satirize #MeToo is tasteless, but it leaves a gross taste in my mouth.