The Oscar-winning writer doesn't actually take a writing or directing credit for every new episode.

There is a fifth dimension beyond that which is known to man, and it’s there that Jordan Peele’s highly-anticipated The Twilight Zone remake should stay, according to some TV critics.

The series — which airs Monday via the CBS All Access streaming service — has been deemed an “unneeded” and “flavorless homage” to the Rod Serling original, despite Peele’s status as the current master of horror off his first two feature films, Get Out and Us.

Unfortunately, “Peele’s Twilight Zone feels neither like the best of Peele nor much like The Twilight Zone,” according to Variety. “It’s a mismatch of talents that, in the four episodes provided to critics, falls short of justifying its presence on air in 2019 as anything but flavorless homage to what had worked previously.”

Perhaps it’s unfair to lay all of the responsibility on Peele, as The Hollywood Reporter noted, since he’s not the writer or director on every new episode.

“Most of the twists in the latest unneeded remake of the legendary The Twilight Zone series… are either weak or predictable,” THR‘s critic Tim Goodman wrote. “For many people, the biggest and most unpleasant shock will be finding out that executive producer and narrator Jordan Peele,  didn’t write [and] direct… the first four episodes sent for review and, less depressingly but certainly more weirdly, his version of the Rod Serling narrator ends up seeming like a bit from Key & Peele, which probably wasn’t intended.”

Goodman said that while the four pieces of this version of the anthology available for review are all terrible, one that features Kumail Nanjiani, called “The Comedian,” is so bad that, “the sheer boredom and clumsiness of that episode will choke you out long before it mercifully ends…

These new episodes reflect on aspects of modern American culture, like investigative podcasts and social media influencer culture, but “These facts of life are simple jumping-off points for macabre and laboriously built stories that end with a tidy, cruel joke,” according to Variety‘s Daniel D’Addario.

While part of the original’s appeal — both in its immediate release and the nostalgia it renders in syndication — was rooted in its innovative use of special effects, Peele’s latest adaptation has all the advantages of modern technology and stellar acting that still seem to leave audiences hanging.

“Despite the advantages of technicolor, a marquee cast, and a doubled length for each story, the new series’s episodes lack vitality and flair,” Vanity Fair‘s Sonia Saraiya complained.

Saraiya also wondered where Peele’s signature bite was in this remake: “The question prompted by the irregular, disappointing first episodes of The Twilight Zone is where his voice has gone,” she wrote. “Where is Peele’s singular, racially conscious vision? It’s a mystery fit for…. the Twilight Zone.” 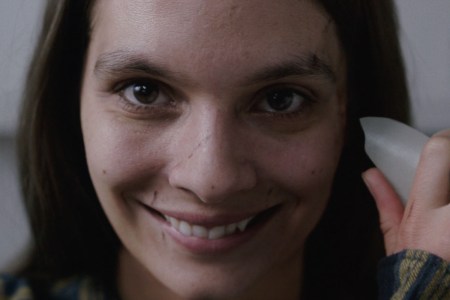