How the Upright Citizens Brigade Upended the Comedy Industry 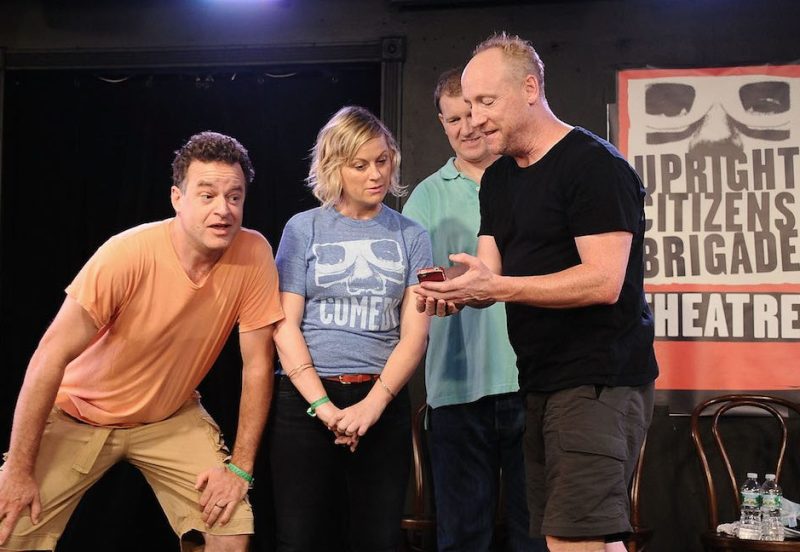 The Upright Citizens Brigade series ran three seasons on Comedy Central, ending in 2000. Since then, Amy Poehler has won a Golden Globe, an Emmy, and generally found tremendous success in TV, movies, and even publishing. (While her co-founders are less famous, Matt Walsh is an Emmy-nominee for his role on HBO’s Veep, while Matt Besser and Ian Roberts have popped up in comedies ranging from TV’s Modern Family to film’s Anchorman.)

Their real legacy, however, may be that if you have any interest in improv, you simply know the Upright Citizens Brigade. (Invariably shortened to U.C.B.) Indeed, it’s often seen as a key part of a comedy career path. When Saturday Night Live cast member Sasheer Zamata was an undergrad at the University of Virginia, she saw the U.C.B. team perform and overheard a student asked the improvisers about getting started in comedy. Team member Bobby Moynihan (who went on to S.N.L. himself) answered, “You’ve got to move to New York, work really, really hard, and take classes at U.C.B.” She did and found a manager at U.C.B. before landing on the late night institution.

This success has brought a bit of a backlash. Emma Allen writes in The New Yorker: “Pyramid-scheme theories have been floated: if U.C.B. is charging so much for classes, does not compensate performers, and makes them pay for practice space and coaches, where’s all the money going?”

U.C.B.’s founders insist this is necessary to keep the organization going while still maintaining ticket prices at often less than $10, but the New Yorker notes there is additional revenue including “UCB@Work, a hugely profitable branch of the organization, which handles corporate workshops, branded content, and the touring company.”

And this is what makes U.C.B. so fascinating at this moment. How does an organization reconcile providing a venue where complete novices with an interest in comedy can have fun with serving as a potentially lucrative career path for those who dedicate enough time to the organization? (Granted, this success is achieved by a very, very small percentage of U.C.B. members). To read more, click here. Below, go backstage and behind-the-scenes of a long-form improv with Amy Poehler.