What to Watch: SyFy Launches “Nightflyers,” Based on a Book by George R. R. Martin

And 'tis the season of holiday specials. 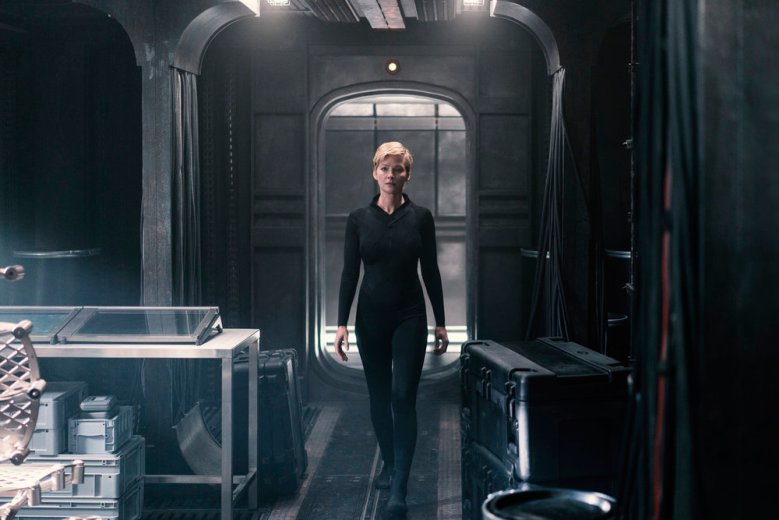 This six-part docuseries follows seven comedians on a quest to make it big. Watch as they hone their sets in hopes of landing a gig at the prominent Just For Laughs comedy festival in Montreal. If you don’t know JFL, it’s basically the only other way (aside from SNL) for comedians to ignite their career. The New Faces series at the festival has jump-started comedians like Jimmy Fallon, Kevin Hart, Amy Schumer and Ali Wong. Will the seven comedians here eventually become the next Michelle Wolf? Probably not, but they’re definitely getting a nice check and profile boost from documenting their fears and dreams for Amazon Prime. Inside Jokes is a funny behind-the-scenes look at the sacrifices made to do standup comedy for a living (an even sillier career choice than becoming a writer).

Of course there are a slew of holiday specials, but your regular seasonal titans like Hallmark and Lifetime will for the first time this year be eclipsed by Netflix. Any Netflix show that can release a holiday special will release one —The Chilling Adventures of Sabrina, Nailed It!, Fuller House, A Very Murray Christmas. But the most exciting, and probably the only one worth watching, is the one whipped up by The Great British Baking Show. Guaranteed to be even more heartfelt and charming than regular seasons, fan favorites return for one feature-length episode hosted by judges Paul Hollywood and Prue Leith. The only thing that could make this better would be the return of Mary Berry.

The original starred Lindsay Lohan as a young girl trying to bring her mother back to life (dark stuff for a knockoff Barbie movie) through witchcraft but instead animates her doll, played by Tyra Banks.  The movie is as wacky as it sounds, and millennial audiences who watched the film in 2000 have long begged for a sequel to bring the two stars, both emblematic of the early aughts culture, together again. Sadly, Lohan is replaced by Francia Raisa in this remake, who plays an unbelievably young magazine CEO. It turns this movie into a girl version of Elf, where Tyra is will Ferrel’s disillusioned Buddy and Raisa is James Caan’s bedraggled Walter having to put up with someone who appears to belong in an asylum. While not everyone’s taste, it’s an offbeat movie young people in your life definitely plan to watch.

George R.R. Martin, who penned the novels adapted for Game of Thrones, just sold a script to SyFy. That’s the same channel famous for making not one but six Sharknado movies.  It’s a little 1980s novella, which Martin originally sold the script for three decades ago. In fact he reportedly didn’t even realize SyFy was adapting it into a series until someone told him during production. But since Martin has given the network his blessing, saying that while he doesn’t think the script lends itself to an episodic retelling, SyFy has made enough changes to make it work. They’ve also thrown in more money to this series than anything they’ve made before, clearly trying to cash in on Martin’s name too.

The original Nightflyers is about a crew of eight circling the galaxy for signs of alien life when, of course, things begin to go wrong on ship. It’s been compared to a “haunted house story” that sounds more interesting than the idea of alien attackers killing of an entire crew. I’ll certainly turn on SyFy for the first time in years to watch a George R. R. Martin adaptation, even if it’s set in outer space instead of Westeros (because you can always count on a high, gory body count).

Hyped for it’s surrealism and praise at Cannes, this Italian movie starts out on a sharecropping tobacco farm where the characters are sheltered from the rest of the world and swathed in magical realism like the fictional town of Macondo in Gabriel García Márquez’s “100 Years of Solitude.” But unlike Márquez’s novel, the spell is broken by the return of the farm’s owner’s son, Tancredi, who arrives with signifiers of modern times including a walkman and flip phone.
Like the other sharecroppers, Tancredi takes advantage of Lazarro, a “holy fool” character whose childlike innocence is exploited again and again by those around him. With Lazarro’s help, Tancredi disappears from his mother’s tobacco farm bringing not just modernity down on the community but exposing its scandals as well. Director Alice Rohrwacher reflects Lazarro’s sweet disposition in beautiful shots of everyday cruelty, creating a powerful social critique that’s as much of a joy to watch as it is revelatory to follow.