Your first thought after I tell you I’m obsessed with anything British, slow and possibly based off a novel from the 19th century is that I’m a pretentious jerk trying to show off my middlebrow tastes. Then I mention that I think it’s because the babysitter left PBS on after Sesame Street when I was a kid and I was forced to watch episodes of Masterpiece at an impressionable age and maybe you start to cut me some slack.

That’s my story, the explanation as to why I kept on watching Downton Abbey long after it jumped the shark the first time and then jumped it three or four more times after that. It’s why I am proud to say I’ve seen every single Merchant Ivory film and why I almost had a happiness meltdown after the first week of self-quarantine when somebody reminded me that Downton creator Julian Fellowes’ new show, The English Game, was streaming on Netflix. It’s got everything I could ever ask for: sports, great costumes, posh twats vs. working-class lads. It’s exactly what I need right now. The only problem is that it’s six episodes. In COVID-19 time, that means you basically will probably watch the entire series in two days. Then what do you do?

The answer is: Keep streaming shows from England and don’t look back. But where do you start? Glad you asked. Here’s the guide to streaming slow-burning British melodramas. (Note: Everything on this list is free with subscriptions unless I say otherwise.)

Brideshead Revisited. The granddaddy of them all. Based off Evelyn Waugh’s classic, the 1981 miniseries was all the rage in the U.K. and also in the U.S.: The New York Times called it “one of the most memorable television productions of the decade,” and if there is or was a golden age of British literary adaptations, I’d say this kicked it off. It’s streaming on Amazon Prime, and the 11 episodes clock in at about an hour each, so you can knock out nearly two weeks right here. Do them at night to wind down; you’ll finish in just short of two weeks, at which point you should move on to …

Do you love The Great British Baking Show? Whether you’ve seen it or not, I’m probably the millionth person to talk up how incredibly comforting it is to watch friendly Brits bake cakes. But if you maybe don’t want any actual competition, may I suggest binging season one of The Repair Shop? Yup, just well-dressed repairmen fixing shit. That’s it. What else could you want? One season will set you back about seven hours and you can find it on Netflix.

How Many Merchant Ivory Films Can I Fit on This List?

The answer is many. But I won’t. That would be cheating. What I will say is that a good rule of thumb is any adaptation of a classic novel with Helena Bonham Carter is usually good. (Yes, I’m including the very not-British Fight Club on that list.) It’s really hard to find a better one than the adaptation of E. M. Forster’s 1910 novel, Howards End (Netflix), although I will always go to bat for the 1997 adaptation of The Wings of the Dove she’s in as well.

Yes, The X-Files is up on my list of favorite shows ever, but I really grew up when I started to enjoy the adaptation work of the Chicago-born, London-raised Gillian Anderson. Much like the above Bonham Carter rule, if there’s something literary, British or both and it stars Anderson, then it’s good. In this case, it’s Anderson as a sex therapist on the Netflix show Sex Education. Watch both seasons and then maybe you’ll understand why the actress likes to post a #PenisOfTheDay on her Instagram.

If there is a Mt. Rushmore for adapted authors, it’s Shakespeare, Charles Dickens and Agatha Christie. Give it a few years and I’m pretty sure they’ll carve J. K. Rowling’s face up there as well (side note: Harry Potter films are fun to watch if you’re looking for something else and you’re the last person on the planet not to see them), but as it stands, there is plenty of the queen of whodunit to find on streaming services. And while I’m more of a Hercule Poirot guy, don’t sleep on Miss Marple and the six seasons of Agatha Christie’s Marple on Hulu. With episodes clocking in at an hour and a half each, you could probably fill up most of your quarantine time just watching these. If you do insist on a little Poirot, the 1974 version of Murder on the Orient Express directed by Sidney Lumet is on Amazon Prime. It’s got Ingrid Bergman and Lauren Bacall. What more do you need?

You Also Need a Little Inspector

I believe approximately five-million adaptations of J. B. Priestley’s 1945 play exist out there, and I’ll confess to this being the only one I’ve seen. That said, it takes an hour and a half to get through and has a nice pace to it. Stream it on Amazon Prime if you’re having a Friday night movie night.

You know that scene in High Fidelity where Jack Black’s character is like “Don’t tell anybody you don’t own fucking Blonde on Blonde“? That’s how I feel about people who haven’t seen all six episodes of the iconic 1995 miniseries version of Pride and Prejudice. If Brideshead started things off in 1981, this BBC mini-series provides a good cap and a nice way to wind down your binge of British stuff you can stream while you’re stuck at home.

Of course, there’s plenty more to get through. Didn’t finish Downton Abbey? You can do that now. Craving some old-school Sherlock? There’s Sherlock Holmes’ Fatal Hour from 1931 on Amazon Prime. Want to see John Malkovich as Poirot? Agatha Chrtistie’s The ABC Murders are also on Amazon. And if you don’t mind shelling out $11.99 per season, there are 20 for you also on Prime. What I’m saying is that besides a serious lack of Jeeves and Wooster, you can pretty much spend your days pretending you’re in England from another time instead of stuck in your apartment unable to go outside without wearing rubber gloves and a mask. Doesn’t that sound nice? 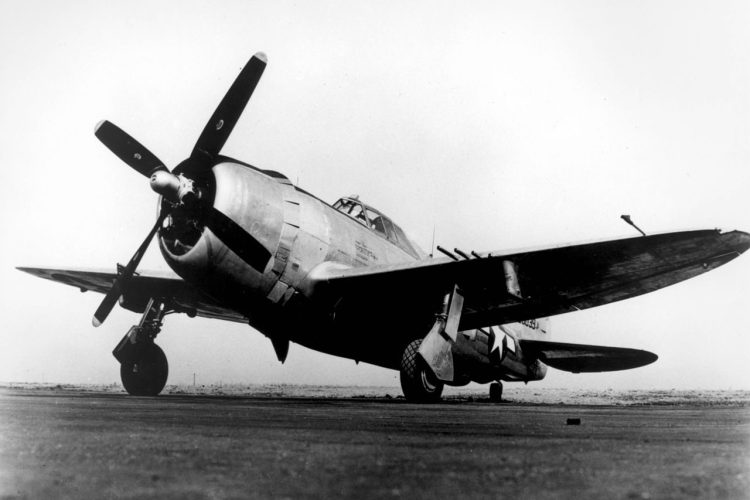 New Documentary Explores What Was Cut From "Planes, Trains and Automobiles"
The Kentucky Hot Brown Is the Superior Thanksgiving Leftovers Sandwich
Do Any At-Home Teeth-Whitening Products Actually Work? A Dentist Weighs In.
Van Morrison and Eric Clapton Recorded an Anti-Lockdown Single
Revisiting the P-47 Thunderbolt, the Plane That Helped Win World War II
How the Raunch-Com Shaped Millennial Masculinity, For Better and Worse