"BoJack Horseman" Is a Good Show for Bad Times

But it's better when you're the problem 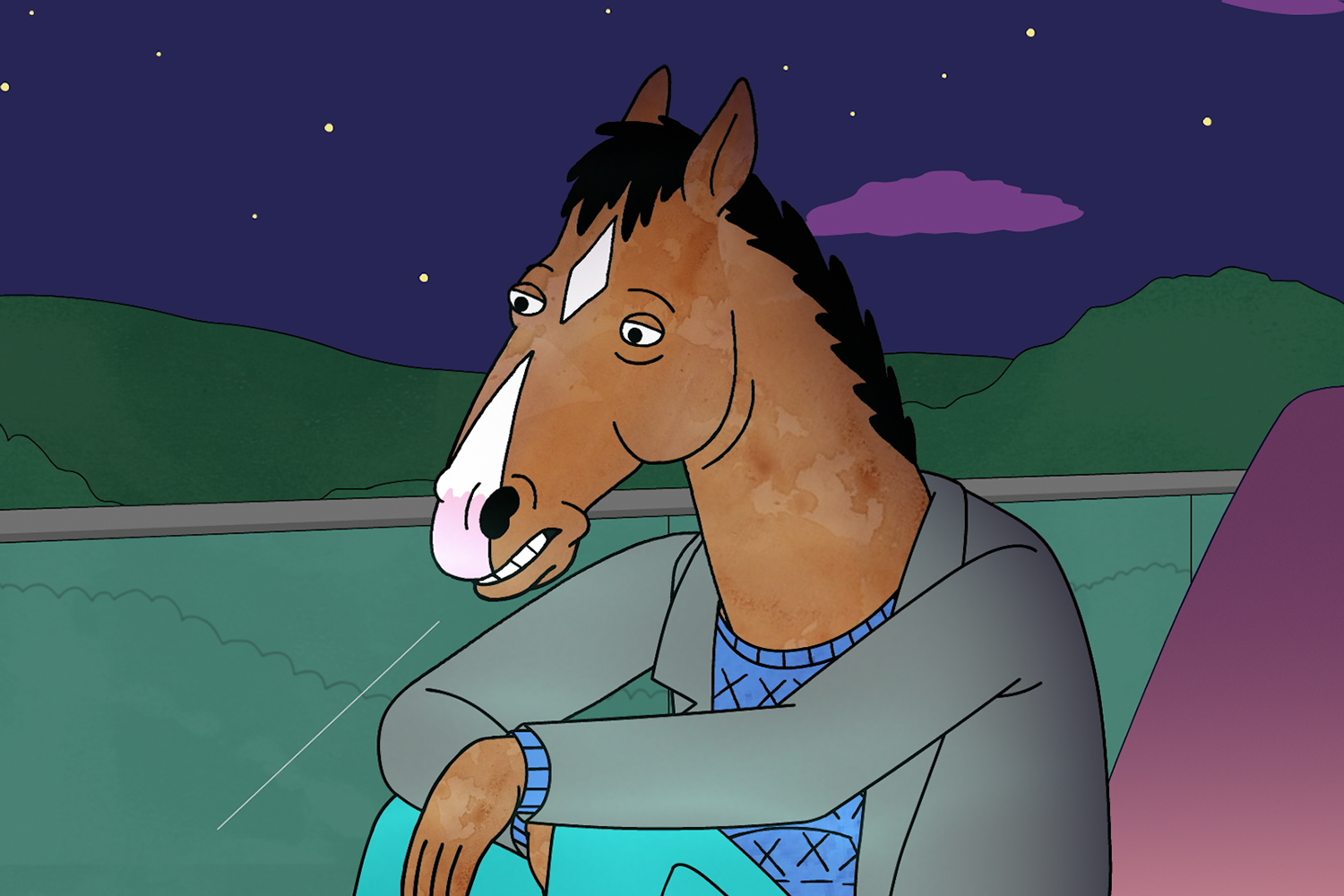 Watching BoJack makes me nostalgic for a different kind of misery.
Netflix
By Kayla Kibbe / May 14, 2020 9:18 am

“You are all the things that are wrong with you,” is something I say to myself a lot.

If it sounds harsh, that’s because it is. It’s a line from one of the last episodes of the third season of BoJack Horseman, delivered to the eponymous protagonist in an exasperated monologue by the usually happy-go-lucky Todd Chavez as the show hurtles toward an infamously dark season three finale.

“You can’t keep doing shitty things and then feel bad about yourself like that makes it okay! You need to be better!” Todd shouts at BoJack. “You are all the things that are wrong with you. It’s not the alcohol, or the drugs, or any of the shitty things that happened to you in your career, or when you were a kid. It’s you.”

I started watching BoJack Horseman shortly after that season was released in the summer of 2016. A depressed college student home for the summer after my freshman year, I tore through all three seasons over the course of a few nights while eating dry cereal out of the box on my parents’ couch.

I often tell people that BoJack Horseman “made me feel like a whole person,” and those who are fortunate enough to not really understand what I mean by that are often confused that I found such an ostensibly dark show so uplifting during one of the most unstable periods of my life. But when you are very depressed, simply being able to relate to something — even if it’s just someone else’s misery, even if that someone else is a cartoon horse — can feel lifesaving. As one of my friends, the kind of friend who understands what it means to not feel like a whole person, recently phrased it, “BoJack Horseman makes me feel better about hating myself.”

There’s comfort in self-loathing; in knowing that you are all the things that are wrong with you. When I repeat that line to myself, it sometimes carries a bit of its original tough-love message, but more often than not, I turn to it for a perverse kind of comfort. There’s a sense of control in being the agent of your own misery. If the problem is you, then presumably you can stop being the problem any time you want. It’s just an illusion of control, of course, but I love a good illusion of control.

Unfortunately, when the world is collectively collapsing under the weight of a shared global crisis, that illusion is a little less sustainable. Since that first summer, I have often turned to BoJack Horseman for comfort in bad times: depressive episodes, disappointments, periods of self doubt and various other life fuck-ups big and small. The show, then, seemed like a natural quarantine re-watch. But this time, somehow, I’ve found myself less soothed, less seen, less understood by BoJack’s dark wit and casual fatalism.

As my friend said, BoJack Horseman makes you feel better about hating yourself. Why? Because it lets you believe everyone else hates themselves, too. Everyone’s fucked, but they’re all fucked in their own way. It’s the old F. Scott Fitzgerald quote about great literature: “You discover that your longings are universal longings, that you’re not lonely and isolated from anyone. You belong.” Even if the thing you belong to is just the random misery of human existence, it’s nice to know you’re not alone. Unfortunately, there’s a difference between realizing that everyone in the world is fucked up in their own way and knowing that everyone in the world is being simultaneously fucked by the same uncontrollable force of mass destruction.

We now know that we are less alone in our misery than ever before. We are, as the phrase goes, “alone together.” And yet, finding out that you and everyone else in the world is suffering the exact same misfortune is somehow a lot less comforting than I think we imagined it would be. As the New York Times’ Amanda Hess recently tweeted, “imagine if your anxiety and depression suddenly had a totally rational external explanation understood by everyone else in the world … sounds more satisfying than it actually is …”

It also becomes a lot harder to “fetishize your own sadness,” something both BoJack and Diane take turns standing accused of. Ordinarily, our troubles feel unique and personal, even when they’re not. You can flatter yourself that the world is against you and you alone. But as Elizabeth Flock recently noted in the Atlantic, the everyday, run-of-the-mill depression many of us have faced throughout our lives has a tendency to feel confusing and out of place amid a worldwide crisis.

I keep wanting to put the blame for this current situation on myself. I want to handle it the way I’ve handled (or perhaps mishandled) every other bad thing that’s ever happened to me: by obsessively blaming myself for it until I can internalize it, repress it, and move on to the next fuck-up. But this global crisis continues to prove uniquely resistant to my attempts to turn it into self-loathing. And if I can’t turn it into self-loathing, I don’t know what to do with it.