The new Mister Rogers documentary will bring you to tears, but these shows will make you laugh. 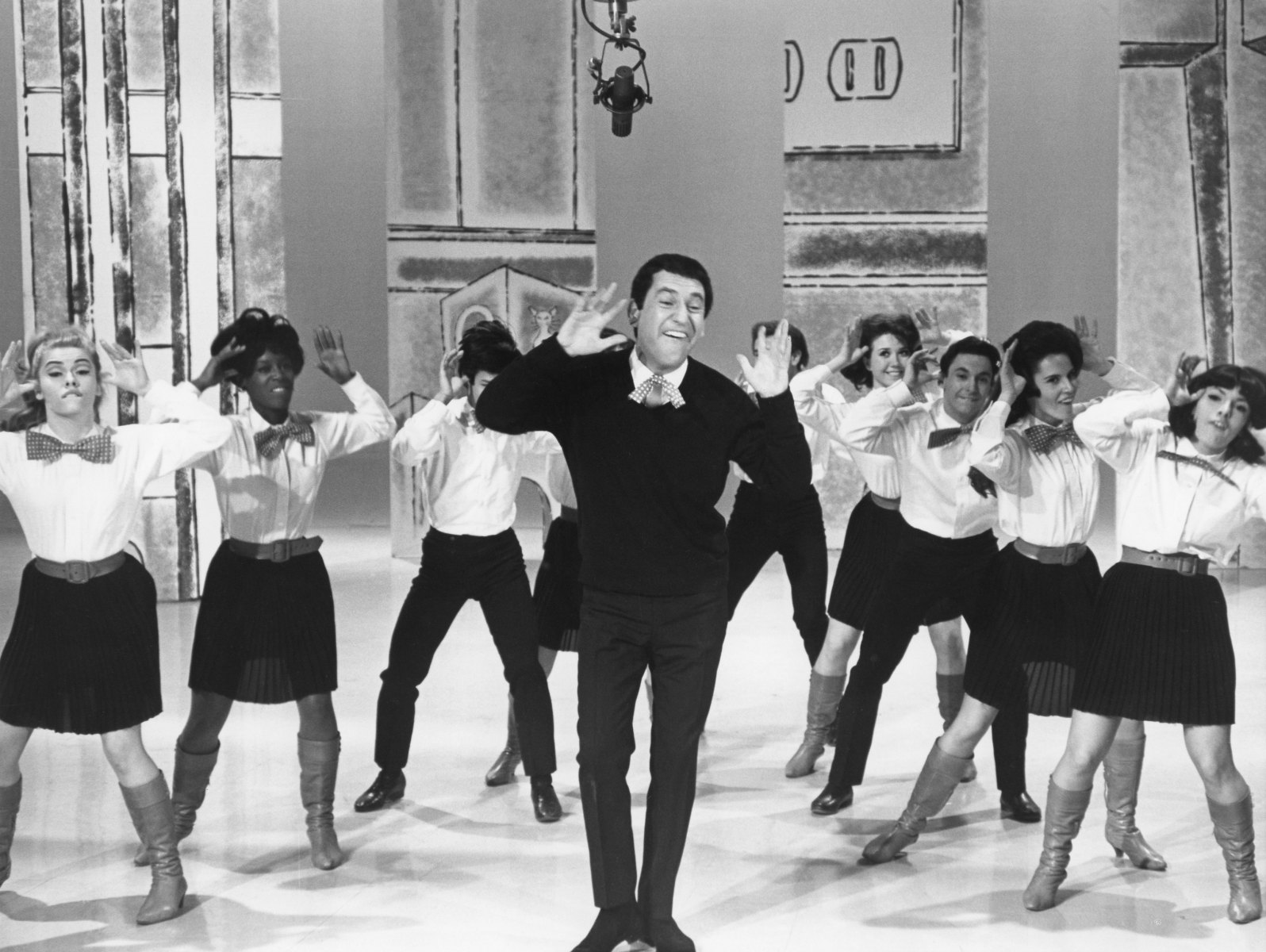 Comedian Soupy Sales performs his hit single 'The Mouse' on the set of his TV show circa 1961 in Los Angeles, California. (Photo by Michael Ochs Archives/Getty Images)
Getty Images
By Thelma Adams / June 7, 2018 5:00 am

Remember those days when “Won’t You Be My Neighbor?” and a full-grown man wearing a cardigan and expressing his affection for children weren’t icky? If so, cry your way through Morgan Neville’s Mister Rogers documentary, overcome by nostalgia for an era when men were, um, role models? Remember when lying was punishable by a mouth full of soap roughly administered by a kindergarten teacher still allowed to smack your behind?

Ah, those were the days. And, then, there were a lot of strange and occasionally wondrous live-action kids’ shows that may or may not have had the high moral standards of our man Rogers. Take a look at these, won’t you?

Definitely not for the mother wanting to calm down her little terror, the show hosted by the hyperactive Pinky Lee AKA Pincus Left began in the 1950s and at one time was sponsored by Tootsie Roll. A former burlesque performer known for his plaid suit and checked pants, his catchphrase was “Oooh! You make me so mad!” This was a man in touch with his inner child. An on-air collapse – no surprise there – in 1955 was at first considered to be an ad-lib ended his career. Pinky ultimately died four decades later from heart disease.

The longest-running kids’ show spanned 1955 to 1984 on CBS helmed by the Captain (Bob Keeshan) with his sidekick Mr. Green Jeans (Hugh “Lumpy” Brannum), the unlikely love object of many little girls. The vibe was happy hanging with Grandpa – plus puppets. And how about this: Bill Cosby appeared as himself from 1980 – 84.

Counting among his fans Richard Nixon, David Bowie and Robin Williams, New Jersey native Floyd Vivino was both a kiddie host and a counter-culture icon. The variety show aired in New York and New Jersey from 1974 to 1998 and while it was formatted like a children’s show it made a huge wink to the (often stoned) adults in the audience. He had puppets Oogie and Bones Boy and shtick, talked to his off-camera crew, and hosted unbelievable musical acts from the Smithereens to The Ramones, Bon Jovi, Blue Oyster Cult and Cyndi Lauper. Bowie immortalized the uncle in his song Slip Away – “Twinkle, twinkle, Uncle Floyd.”

Buffalo Bob Smith and his mouthy marionette Howdy Doody (childish giggle – poop!) were hugely popular children’s TV mainstays from 1947 to 1960. Captain Kangaroo’s Keeshan got his start here playing Clarabelle the Clown. Favorite characters included Chief Thunderthud and Princess Summerfall Winterspring long before the p.c. revolution exiled such stereotypical figures. The slapstick show was even criticized for being too violent! Oh, those were the days.

Growing up in Los Angeles, every day at noon I ate cinnamon toast and Campbell’s Chicken Noodle Soup from a metal TV tray while watching this local KTTV show. (At the very least it gave my mother time for a smoke break). I was addicted to John Rovick’s squeaky-clean sheriff with his tin tar, singing along to “The Birthday Party Polka,” dreaming that someday he’d read my name aloud on my birthday. Sigh. It never happened: another childhood disappointment.

Pun and puppet intensive, the Soupy Sales show was Yiddish-infused, live, loose-limbed, self-aware and improvisational. A pie in the kisser was the trademark of jazz-lover Sales, born Milton Supman. In the famous “New Year’s Day Incident,” Sales exhorted his young viewers to tiptoe into their parents’ bedrooms, remove the green bills from their pockets and send them to him at the studio. Money flew in via mail – and Sales got a two-week suspension and a popularity surge. “Be true to your teeth and they won’t be false to you.”

Down South Carolina way there was a very sincere local show on WIS-TV hosted by Joe Pinner that taught children such things as how to read a menu (“do you know what a la carte means?”) and appreciation for the local tree festival. The Peabody Award winning show ran from 1963 to 2000 and influenced generations of kids from the Palmetto State.

On a softer side of the spectrum were ventriloquist, puppeteer and good egg Shari Lewis (Phyllis Naomi Hurwitz) with her sweet-cheeked sock puppet Lamb Chop and buck-toothed Charlie Horse. This show merrily lacked any subtext as Lewis and her puppet pals sang and danced and nattered on through a number of different iterations of the show as well as guest appearances on The Ed Sullivan Show in 1961. Rumors of an affair between Italian mouse Topo Gigio and Lamb Chop are highly exaggerated.