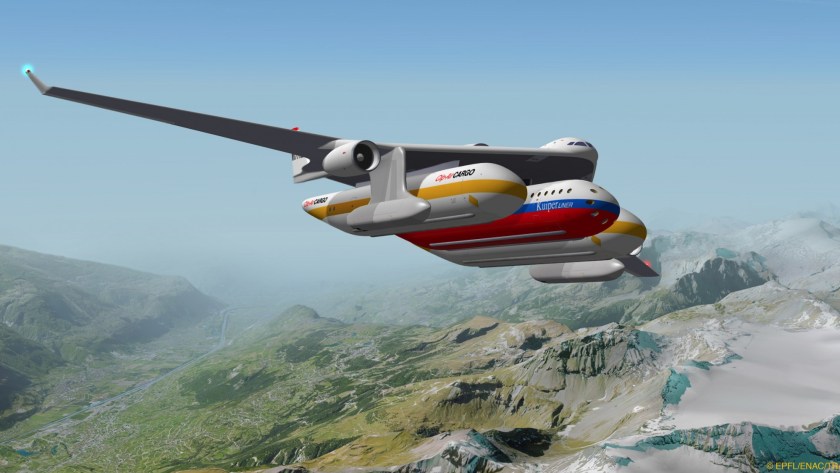 It’s a plane. It’s a train. It’s sort of both. A group of Swiss researchers is looking to revolutionize air travel with their Clip-Air concept that operates as plane-train hybrid. Despite the bold promise, the premise is relatively simple. It’s a plane with multiple cabins (the concept shows three) that make shorter stops along a broad, longer route similar to a taxi or a bus route. These mobile, interchangeable cabins could hold passengers or cargo. At each stop, one of the cabins detaches from the plane and then continues to its final destination by rail or roadway, whether it’s to the closest train station or some other transit terminal. 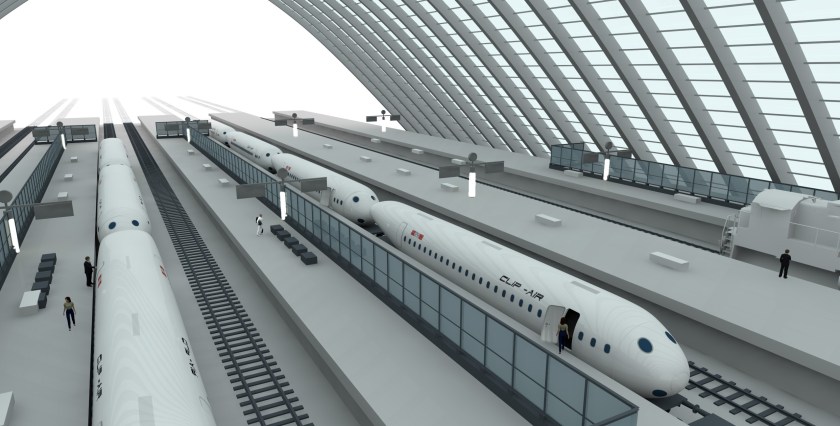 Each capsule would hold up to 450 passengers, or 50 tons of cargo. The major selling point, aside from decreased wait times at airports, is the airframe, which has a wingspan of around 200 feet. That’s the part of the “plane” that holds the capsules. Since airframes are so expensive, owners don’t get as much return on their investment but with the Clip-Air, there would be less turnaround time at each destination, allowing the airframe to take more trips.

The researchers, led by Swiss Federal Institute of Technology in Lausanne, want to seamlessly connect air travel to all forms of ground transportation. Connecting local public transportation to airports is something many cities continue to struggle with, so it’s not hard to imagine the desire for a project like this. That said, it is still only a concept. Currently, researchers are developing a prototype about the size of a Learjet. The three capsule concept will take up to fifty years to develop, so don’t expect this transport revolution anytime soon. Find more information here or watch the video below.