The United Nations Will Go on First Space Mission in 2021

In this June 27, 2013 photo provided by NASA, Sierra Nevada Corp. engineers and technicians prepare the Dream Chaser engineering test vehicle for tow tests at NASA's Dryden Flight Research Center in California. On Thursday, Jan. 14, 2016, NASA announced the Sierra Nevada Corp. will join SpaceX and Orbital ATK in launching cargo to the International Space Station. These flights, yet to be finalized, will run through 2024. (Ken Ulbrich/NASA via AP)
By Sean Cunningham 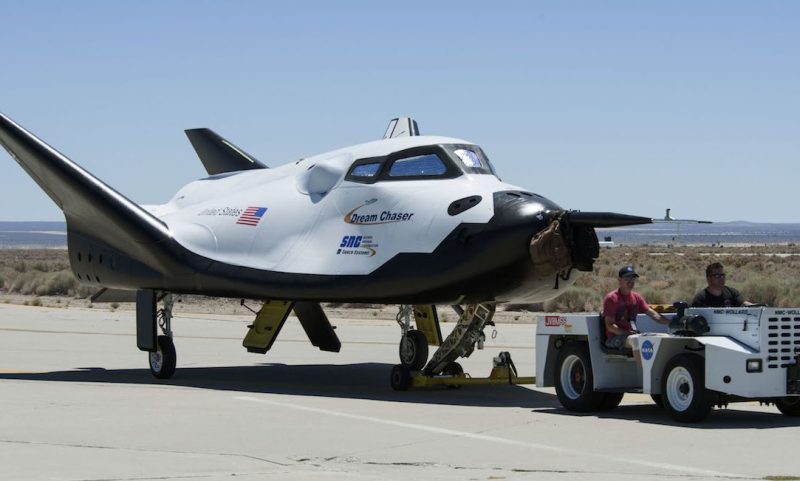 Space travel is expensive. NASA put the cost of the Space Shuttle Endeavor at $1.7 billion. Quite simply, leaving the Earth is beyond the reach of most nations, with the United States, Russia, and China the only nations that manage manned space flights. (They’re also responsible for the vast majority of operational satellites.) This is why the United Nations’ move into space travel is potentially significant: theoretically, developing nations will now have the opportunity to send payloads into the sky as well.

The U.N. and the Sierra Nevada Corporation (SNC) have announced that the first mission of the United Nations Office of Outer Space Affairs (UNOOSA) will go aboard a Sierra Nevada Dream Chaser spaceplane in 2021. Brid-Aine Parnell writes in Forbes:

“Developing countries will get first chance at the trip, but any UN Member State can participate in the 14-day flight to low-Earth orbit, as long as they’re able to pay a pro-rated portion of the mission cost. The UN is also seeking major sponsors to cover a large proportion of the financing for the space flight.”