Taken on July 7, 2016, tidal channels cut through unnamed reefs off the coast of Queensland. These corals are part of the enormous Great Barrier Reef, which stretches for 1,400 miles along the coast of mainland Australia in the Coral Sea. (Courtesy Planet Labs)
By Matthew Reitman 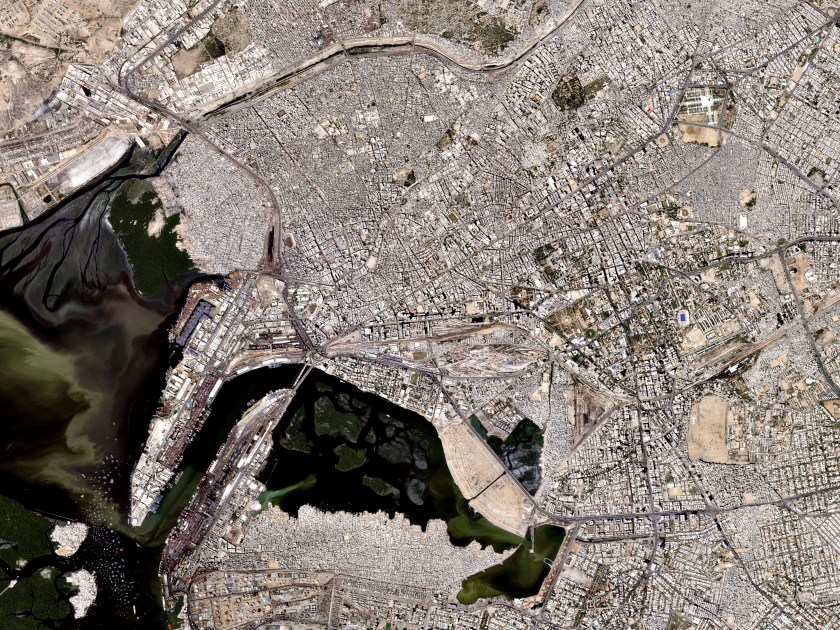 Photographed on October 10, 2016, the Karachi International Container Terminal (left) is the entrance to the largest city in Pakistan and the 7th largest city in the world. Also known as the City of The Quaid for being the birthplace and final resting place (top right) of Quaid-e-Azam Muhammad Ali Jinnah (the founder of Pakistan). (Courtesy Planet Labs)

In the last five years, the number of satellites orbiting the planet has increased by 40 percent, and with this uptick, has come a deluge of images and data that can be gleaned from them. Once applied, satellite imagery could revolutionize just about any industry simply by generating large amounts of precise data in near–real time.

One of the most practical uses of satellite imagery is for spying. Each image captured by the NSA or CIA has an immense amount of information in it, even though most images are classified for at least 50 years. As RealClearlife detailed previously, even “old,” declassified images have value. For example, photos from one of the first reconnaissance satellites, Corona, are being used to fight looting at archaeological sites. Its images are also being used to enhance climate change research. 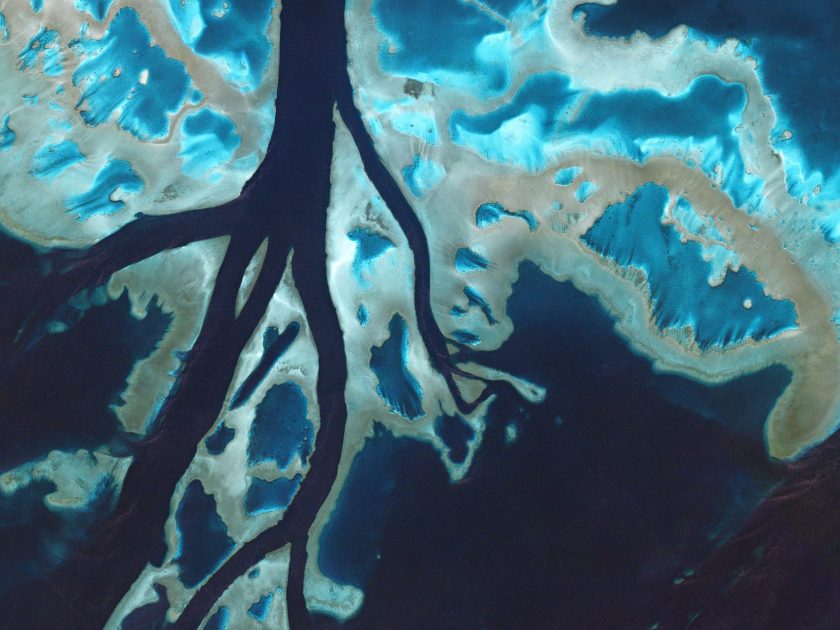 Taken on July 7, 2016, tidal channels cut through unnamed reefs off the coast of Queensland. These corals are part of the enormous Great Barrier Reef, which stretches for 1,400 miles along the coast of mainland Australia in the Coral Sea. (Courtesy Planet Labs)

Since the 1950s, satellite technology has developed significantly, increasing image quality and the depth of data one can parse from it. Today, satellites have shone a spotlight on travesties such as the destruction of ancient sites by extremist groups and illegal logging in the Amazon.

However, the area of society that has the most to gain from satellite technology is the financial sector. Imaging can be used to relay to investors the number of oil barrels being produced from a single pump in Saudi Arabia, or the number of cars waiting to be shipped from a Toyota lot in Japan. When combined with machine learning, the applications for satellite imaging are nearly limitless. 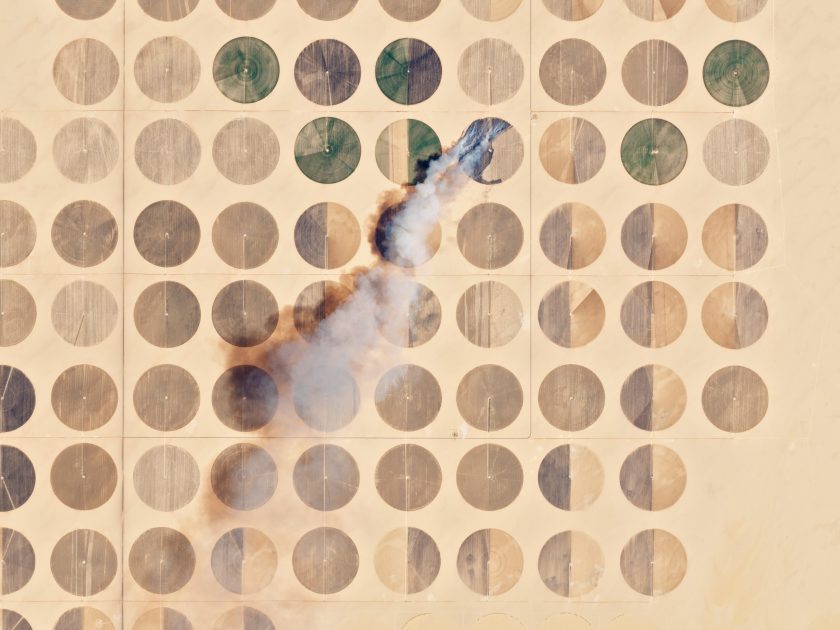 A fire burns through a field in Toshka, Egypt where corn, grain, and feed crops are produced on May 12, 2016. (Courtesy Planet Labs)

A recent study published in AAAS Journal in August demonstrated how poverty and wealth distribution could be predicted using two nascent satellite-based technologies. A McKinsey report from 2011 also argued that satellite imagining could easily be used by one company to gain a leg up on another. “These satellite sleuths glean insights into expansion plans or business constraints as revealed by facility capacity, shipping movements, and the like,” the report noted.

This giant data stream will continue to grow, even expanding to include non-still imagery. Terra Bella, a subsidiary of Google’s parent company Alphabet, is developing a satellite that beams video clearly showing small objects on a planetary scale, like cars and buses. Another company, Planet Labs, is on the forefront of this new frontier, with the largest private collection of active satellites in orbit. The company has invented a satellite that costs just $3,500, down from $855 million.